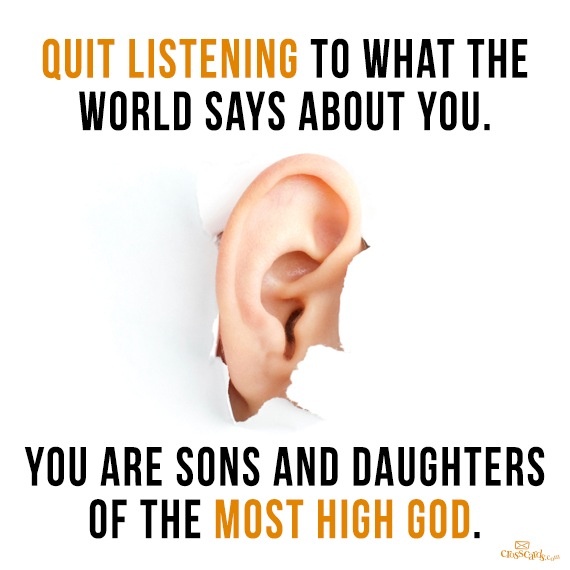 Mark 5:1-20
1 They came to the other side of the sea, into the country of the Gerasenes. 2 When He got out of the boat, immediately a man from the tombs with an unclean spirit met Him, 3 and he had his dwelling among the tombs. And no one was able to bind him anymore, even with a chain; 4 because he had often been bound with shackles and chains, and the chains had been torn apart by him and the shackles broken in pieces, and no one was strong enough to subdue him. 5 Constantly, night and day, he was screaming among the tombs and in the mountains, and gashing himself with stones. 6 Seeing Jesus from a distance, he ran up and bowed down before Him; 7 and shouting with a loud voice, he said, “What business do we have with each other, Jesus, Son of the Most High God? I implore You by God, do not torment me!” 8 For He had been saying to him, “Come out of the man, you unclean spirit!” 9 And He was asking him, “What is your name?” And he said to Him, “My name is Legion; for we are many.” 10 And he began to implore Him earnestly not to send them out of the country. 11 Now there was a large herd of swine feeding nearby on the mountain. 12 The demons implored Him, saying, “Send us into the swine so that we may enter them.” 13 Jesus gave them permission. And coming out, the unclean spirits entered the swine; and the herd rushed down the steep bank into the sea, about two thousand of them; and they were drowned in the sea. 14 Their herdsmen ran away and reported it in the city and in the country. And the people came to see what it was that had happened. 15 They came to Jesus and observed the man who had been demon-possessed sitting down, clothed and in his right mind, the very man who had had the “legion “; and they became frightened. 16 Those who had seen it described to them how it had happened to the demon-possessed man, and all about the swine. 17 And they began to implore Him to leave their region. 18 As He was getting into the boat, the man who had been demon-possessed was imploring Him that he might accompany Him. 19 And He did not let him, but He said to him, “Go home to your people and report to them what great things the Lord has done for you, and how He had mercy on you.” 20 And he went away and began to proclaim in Decapolis what great things Jesus had done for him; and everyone was amazed.

This is a fairly popular bible story and we generally focus on the man’s inhabitation with demons, the funny part about them going into pigs and running off the cliff, and even the curiosity that Jesus didn’t let him come along as a follower.  But what about the little parts?  What about the fact that the man couldn’t be bound by chains and continually cut himself open with stones?  What about the demons recognizing Jesus as the Son of the Most High God?  What about Jesus allowing the demons to do what they pleased by sending them to the pigs?

These days, demon possession is more of a joke than something taken seriously.  Either we don’t fully believe it and thus make “sci-fi” movies about it or we take it too seriously and think that getting a cold is the result of demonic influence.  So, does demonic possession still happen today?  You can find many books and YouTube videos about it and while I personally believe it is still possible and happening, I have yet to witness it myself.  I have half a desire to witness it: part of me wants to see if this part of the bible is true for my own eyes and the other part doesn’t want to be attacked by a man that even iron chains cannot contain.  The aspect I notice about this story is that while it could be explained by a psychological disorder mixed with brute strength (imagine Andre the Giant with schizophrenia), there are other elements to the story that lend us to believe more in the demonic possession explanation.

As Jesus approached and engaged in conversation with the man and subsequently the demons inside him, he/they approached him with reverence and fear.  The demons know who God is and recognize His Son as a formidable force in the universe.  This man had been inciting fear in the village but Jesus incited fear in him.  When this demon possessed man approaches Jesus and asked, “What will you do to me?  Please, let me do this…” we can also picture the scene in the beginning of Job when Satan approached God about tormenting Job.  Is there anything strange here that you notice in regards to the obedience of the demons to Jesus?  They are more obedient than we are!  Just like we shake our heads at the disobedience of ancient Israel, the demons shake their heads at us, as if we don’t know any better.  Jesus, empowered by the Holy Spirit, had complete control over the demons.  Honestly, I don’t have much knowledge regarding what purposed it served that they went into the pigs and what happened after the pigs died.  What I do know in regards to God’s Kingdom is that it glorified Him.  This is the purpose of all things in creation and this is why Jesus permitted them to do what they wanted, because He knew it would bring glory to the Father.

The man’s continued calmness and complete change was a result of God’s intervention.  This is how God’s glory is revealed.  Even if we explain away the man’s psychosis, how can he immediately change?  This was so mind boggling to the people that they became frightened!  How can we trust such a drastic change in a moment?  How do we explain such an immediate cure?  It freaks us out to think it is possible and a man did it (in worldly thinking).  Miraculous healing doesn’t compute in our futile brains so we ignore it, get frightened by it, try to explain it but can’t, or accept it.

The man was greatly impacted by this and as a result feared and respected Jesus.  It makes sense that he would want to follow Jesus and become His disciple, but this wouldn’t necessarily glorify and edify God’s Kingdom.  This is why Jesus sent him away to tell his village about what happened.  He had received the healing grace of God, now he was to tell others about it, just as we are.  Our purpose as living beings on earth is to bring God glory and honor.  We do this by telling others of what He has done in our lives.  There are many times that we explain to others about what God has done in our lives and they don’t seem very significant.  They can be explained away as something that happened and we just give credit to God.  That’s ok, but what about the big things in our lives?  What about the unexplainable events?  What about the stuff we might be embarrassed to talk about but realize that the only answer for our healing is God?  These are the things He calls us to share.  To be clear, I’m not saying that God doesn’t do the little things nor am I saying we shouldn’t recognize Him nor thank Him for them, but they don’t give real testimony to those who don’t believe.  In this story, people were not impacted by the demon tormented man nor the suicidal pigs.  They were impacted by the healing grace of God through His Son.  How has God healed you that you can tell others?

The final point in this story is Jesus recognized as the Son of the Most High God.  In Galatians 4, Paul is writing about who we are now in Christ.  We cannot forget that Jesus came not just as Savior, but also as example.  He revealed to us who we are and what we are capable of with the guiding presence of the Holy Spirit:

[quote]4 But when the fullness of the time came, God sent forth His Son, born of a woman, born under the Law, 5 so that He might redeem those who were under the Law, that we might receive the adoption as sons. 6 Because you are sons, God has sent forth the Spirit of His Son into our hearts, crying, “Abba! Father!” 7 Therefore you are no longer a slave, but a son; and if a son, then an heir through God. 8 However at that time, when you did not know God, you were slaves to those which by nature are no gods. 9 But now that you have come to know God, or rather to be known by God, how is it that you turn back again to the weak and worthless elemental things, to which you desire to be enslaved all over again?[/quote]

Just as the demons recognized Jesus as the Son of the Most High God through the filled presence of the Holy Spirit, we also share in that inheritance of being a part of God’s family.  I think in our religious mindset when we put Jesus up on a pedestal (not that He doesn’t deserve it), we forget that He came down to us to demonstrate who we are in God.  So then, while Jesus is the First Son and Second Adam, we are also sons and daughters of the Most High God!  Jesus’ superiority was established as a result of the Holy Spirit residing in Him…the same one that resides in us!  So then, why don’t we let that power and authority shine from us?

Satan has worked very hard to convince us that none of these things exist because he knows what is coming.  He knows that he is not only subject to God when he arrives in His presence, but also to us because we have the Spirit of God within us as well!  We just need to realize it.