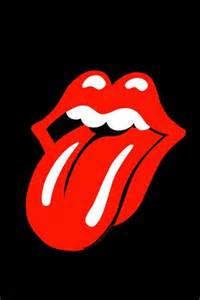 Paul continues his explanation of the importance of love (and in what context) as well as discussing the gift of speaking in tongues.

14 Pursue love, yet desire earnestly spiritual gifts, but especially that you may prophesy. 2 For one who speaks in a tongue does not speak to men but to God; for no one understands, but in his spirit he speaks mysteries. 3 But one who prophesies speaks to men for edification and exhortation and consolation. 4 One who speaks in a tongue edifies himself; but one who prophesies edifies the church. 5 Now I wish that you all spoke in tongues, but even more that you would prophesy; and greater is one who prophesies than one who speaks in tongues, unless he interprets, so that the church may receive edifying. 6 But now, brethren, if I come to you speaking in tongues, what will I profit you unless I speak to you either by way of revelation or of knowledge or of prophecy or of teaching? 7 Yet even lifeless things, either flute or harp, in producing a sound, if they do not produce a distinction in the tones, how will it be known what is played on the flute or on the harp? 8 For if the bugle produces an indistinct sound, who will prepare himself for battle? 9 So also you, unless you utter by the tongue speech that is clear, how will it be known what is spoken? For you will be speaking into the air. 10 There are, perhaps, a great many kinds of languages in the world, and no kind is without meaning. 11 If then I do not know the meaning of the language, I will be to the one who speaks a barbarian, and the one who speaks will be a barbarian to me. 12 So also you, since you are zealous of spiritual gifts, seek to abound for the edification of the church.

Paul’s letter to the Corinthians is possibly ruining the gift of speaking in tongues for me.  I think that was part of his intent in writing this to the Corinthians because it seemed, at least to them (and very much to us today) that the evidence of speaking in tongues is what someone looked for in the presence of the Holy Spirit.  I suppose a better way to say it is that Paul’s discussion on speaking in tongues is ruining my current perception and idea about it, which is clearly a good thing.  Paul is making it clear that spiritual gifts are for the edification of the church (whether it is growth, knowledge, etc.).

Why do we focus so much on speaking in tongues?  Is it because certain churches flaunt it as evidence of the Holy Spirit?  How is it more than just a parlor trick if nobody knows what is being said? Usually when tongues are interpreted it greatly influences and edifies the church.  It is used by God to show His presence but if all we hear is some crazy guy babbling in a foreign language, what makes him any different than a drunk talking to himself?  We see this appear in Acts when the Holy Spirit is poured out and the disciples speak in different tongues in order to prophesy to those in the audience.  Their only explanation was that the disciples were drunk (even though it was only 10am), but they could not explain, especially if these guys were drunk, how they spoke these different languages intelligently preaching about the Kingdom of God.

Paul is shaking us in an attempt for us to understand that mere babbling in tongues in public doesn’t do anything for anyone unless there are other gifts present like interpreting tongues.  I’ve spoken to people who have this gift and while God’s presence is their only explanation, they really don’t know what else to do with it.  They use it during times of prayer and meditation but the Spirit of God hasn’t given them much reason to use it elsewhere.  One person told me a story of preaching in Europe when he felt he was being encouraged by the Holy Spirit to speak, even though he was afraid nobody was there to interpret.  He was supported by the church leadership to follow through and as he did it, God used it to speak to one of his close friends who as a child studied a dead language and was the only person who was able to understand.  I believe the reaction afterwards was, “you spoke to my soul.”  If speaking in tongues isn’t edifying others in the church (as opposed to yourself), then it shouldn’t be done in a public setting.  In verse 6, Paul points out that even if a message is portrayed through the speaking of tongues, the point is actually from teaching or prophesy, not tongues itself.  The speaking of tongues is just a way to communicate, not the communication.  Why then do we look at it as the message instead of the messenger?  Has anybody noticed the underlying theme here?  IT’S NOT ABOUT US!

Paul’s point through all this is that spiritual gifts are given to select people in order to edify the church, not ourselves.  When we use these things to make ourselves look cool, feel good and important about ourselves, or even make a profit, then we are misusing our gifts just like we misuse the gift of our own bodies.  Spiritual gifts are no different (other than their manifestation) than having a gift of music or making money or connecting with kids.  We are all designed with specific gifts and skill sets to build the kingdom of God.  If we are using these things other than to build the Kingdom of God, then we are acting outside of our design and will face many problems because of it.  We will be burdened and struggle throughout life because we are acting in a way contrary to how we were created.  I’ve made a handful of analogies to this before: riding a bicycle under water, skateboarding on a kitchen table, a screwdriver being used as a hammer, etc.

1 thought on “Speaking in Tongues”