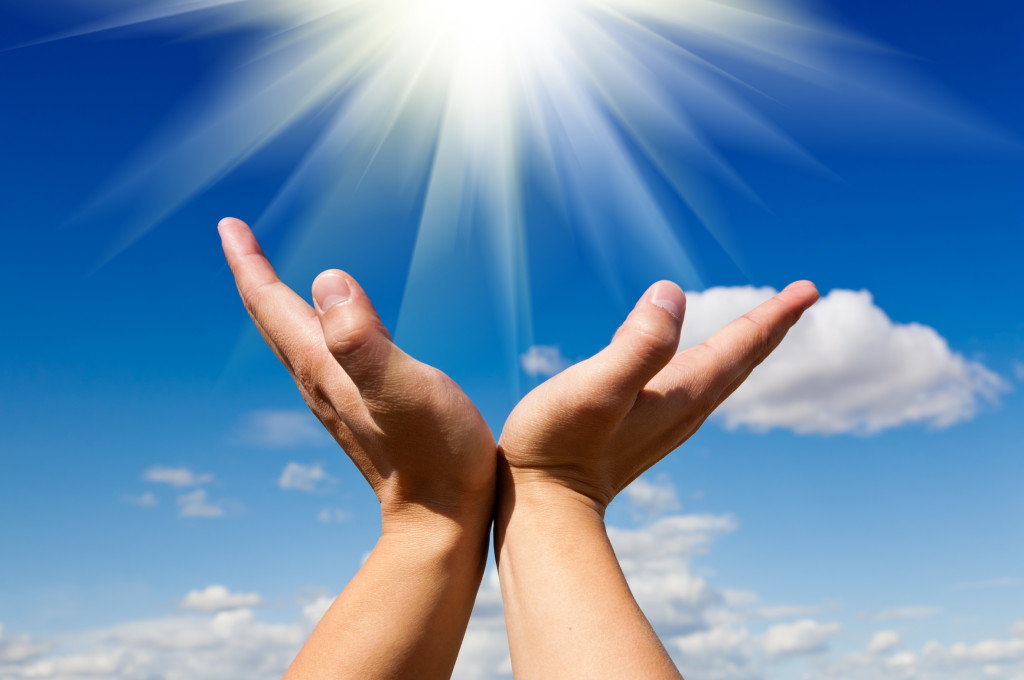 Mark 1:40-45
40 And a leper came to Jesus, beseeching Him and falling on his knees before Him, and saying, “If You are willing, You can make me clean.” 41 Moved with compassion, Jesus stretched out His hand and touched him, and said to him, “I am willing; be cleansed.” 42 Immediately the leprosy left him and he was cleansed. 43 And He sternly warned him and immediately sent him away, 44 and He said to him, “See that you say nothing to anyone; but go, show yourself to the priest and offer for your cleansing what Moses commanded, as a testimony to them.” 45 But he went out and began to proclaim it freely and to spread the news around, to such an extent that Jesus could no longer publicly enter a city, but stayed out in unpopulated areas; and they were coming to Him from everywhere.

Why didn’t Jesus want the healed leper to say anything about who healed him?  Let’s look at the possibilities.

Jesus wasn’t a political savior.
At that time, the Jews were expressly interested in a Jewish politician to rise up and somehow free them from Roman oppression.  Essentially, they were looking for a modern day Moses to rescue them from the tyranny of Rome so they could be an independent state of Israel again.  Sadly, this wasn’t the purpose of the Messiah.  The Jews (much like us today) are too focused on the here and now.  We are blinded by the physicality of our surrounding world and cannot see the Kingdom of God at work.  This is why Jesus proclaimed the presence of the Kingdom of God, not the coming of the Messiah.

Crowds get messy.
When we read the story of the woman who snuck in and touched Jesus’ cloak to get healed from her years long affliction, He had no idea who touched Him because there were so many people around.  Jesus’ purpose wasn’t to have great magic shows to wow and wonder people, rather He wanted to use His moments of healing to have a one-on-one interaction with others.  It’s obvious that by performing miracles He would draw a crowd, but He was trying to keep that to a minimum because it restricted the advantage of personal connection.  Yes, there were times that He preached to the crowd or performed a miracle at a party or with a group of 10,000 people, but the real ministry was when He got to interact personally with people.  He wasn’t here to mass manufacture miraculous healings, but to touch the lives of individuals.  We should be as studious to do the same.

The purpose of this miracle was to witness to the priests, not the people in the town.
In verse 44, Jesus specifically says why He didn’t want the healed man to talk to anyone.  What we often miss is that God has a distinct advantage over us in perspective, both on a physical scale and a spiritual timeline.  He is the best chess player of all time who can see and know how others will react to His moves.  So, when He directs us specifically to do something, we must trust that He knows what He is doing.  In the military, whenever we received orders over the radio to do something, we HAD to follow the orders.  Headquarters had a better idea of all the moving parts on the battlefield and it was for our own good and the good of those fighting alongside us to be obedient to our orders.

It’s not about the physical healing.
Although Jesus healed the man’s physical affliction, the true healing that was meant to occur was his spiritual recovery.  Can you imagine being completely cast out of society because of your physical illness?  It continues to happen today.  We could most likely understand the reasons and many of us probably wouldn’t want others to get a horrible disease that we have, but over time that loneliness wears on you.  We are meant to be a social people.  Eventually you might start feeling abandoned by God as well, wondering why He hasn’t healed you if He truly loves you.  Sometimes we let our physical circumstances get in the way of our spiritual growth.  While Jesus removed this stumbling block from the man’s life, the big reason for the healing was so that he could restart his relationship with God.  This is also why Jesus told him to go straight to the priests.  Aside from following the customary traditions of the Jewish faith, the man would be allowed to reconnect with the congregation and worship with them again.

God provides for us and heals us as a testimony for others.  He doesn’t do it for our sake, necessarily.  Yes, it is wonderful when God gives us what we need and ask for.  It’s awesome when we are miraculously healed of a physical affliction.  But, we cannot forget that everything He does is so He can receive the glory and honor.  Jesus clearly understood this concept and worked very hard to relate this to others.  God doesn’t heal you so you can feel better; He heals you so He can be glorified.  You were not created for your own pleasure, but for His.  The apostle Paul explained this in Philippians 2:

[quote]5 Have this attitude in yourselves which was also in Christ Jesus, 6 who, although He existed in the form of God, did not regard equality with God a thing to be grasped, 7 but emptied Himself, taking the form of a bond-servant, and being made in the likeness of men. 8 Being found in appearance as a man, He humbled Himself by becoming obedient to the point of death, even death on a cross. 9 For this reason also, God highly exalted Him, and bestowed on Him the name which is above every name, 10 so that at the name of Jesus EVERY KNEE WILL BOW, of those who are in heaven and on earth and under the earth, 11 and that every tongue will confess that Jesus Christ is Lord, to the glory of God the Father. 12 So then, my beloved, just as you have always obeyed, not as in my presence only, but now much more in my absence, work out your salvation with fear and trembling; 13 for it is God who is at work in you, both to will and to work for His good pleasure. 14 Do all things without grumbling or disputing; 15 so that you will prove yourselves to be blameless and innocent, children of God above reproach in the midst of a crooked and perverse generation, among whom you appear as lights in the world, 16 holding fast the word of life, so that in the day of Christ I will have reason to glory because I did not run in vain nor toil in vain.[/quote]

Will you be obedient?  Will you honor God with what He has given you?  Will you better understand that nothing is about you and everything is about Him?  Let’s break free from our selfishness and live free in glorifying our Heavenly Father.