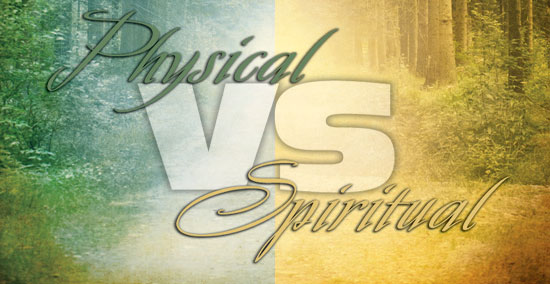 Paul is continuing his explanation of God’s work in us and the importance of recognizing the difference between the words of man and the Word of God.  Previously he explained that our salvation and possibility isn’t about what we bring to the table, but solely because God has made it possible.  Paul is using the example of the very “conversion” of the people in Corinth and that it wasn’t because Paul coerced them into believing, but simply that Paul shared what he knew and the Holy Spirit of God worked in the hearers.  He didn’t convince them they were wrong in where they were, he just told them what he knew.  This is the confounding work of the Spirit or as Paul calls it “the mystery” because to our physical selves it doesn’t make sense.  We are used to merely having convincing arguments to get someone to agree with us.  Not only is this not how conversion or belief happens, but it is also the evidence of following men in their sayings instead of God.

30 But by His doing you are in Christ Jesus, who became to us wisdom from God, and righteousness and sanctification, and redemption, 31 so that, just as it is written, “Let him who boasts, boast in the Lord.” 2 And when I came to you, brethren, I did not come with superiority of speech or of wisdom, proclaiming to you the testimony of God. 2 For I determined to know nothing among you except Jesus Christ, and Him crucified. 3 I was with you in weakness and in fear and in much trembling, 4 and my message and my preaching were not in persuasive words of wisdom, but in demonstration of the Spirit and of power, 5 so that your faith would not rest on the wisdom of men, but on the power of God. 6 Yet we do speak wisdom among those who are mature; a wisdom, however, not of this age nor of the rulers of this age, who are passing away; 7 but we speak God’s wisdom in a mystery, the hidden wisdom which God predestined before the ages to our glory; 8 the wisdom which none of the rulers of this age has understood; for if they had understood it they would not have crucified the Lord of glory; 9 but just as it is written, “Things which eye has not seen and ear has not heard, And which have not entered the heart of man, All that God has prepared for those who love Him.” 10 For to us God revealed them through the Spirit; for the Spirit searches all things, even the depths of God. 11 For who among men knows the thoughts of a man except the spirit of the man which is in him? Even so the thoughts of God no one knows except the Spirit of God. 12 Now we have received, not the spirit of the world, but the Spirit who is from God, so that we may know the things freely given to us by God, 13 which things we also speak, not in words taught by human wisdom, but in those taught by the Spirit, combining spiritual thoughts with spiritual words. 14 But a natural man does not accept the things of the Spirit of God, for they are foolishness to him; and he cannot understand them, because they are spiritually appraised. 15 But he who is spiritual appraises all things, yet he himself is appraised by no one. 16 For who has known the mind of the Lord, that he will instruct Him? But we have the mind of Christ.

Paul makes an interesting point in his opening sentences here.  In 7 he says that those believe “speak God’s wisdom in mystery.”  It seems a bit peculiar to me but it is as if Paul is saying that he doesn’t even quite fully understand it all.  He knows that he believes it, but that to his human (physical) contemplative process, it is strange.  Paul’s point in this passage is that there is a HUGE separation between the physical realm and the spiritual.  This is why only those whose eyes have been opened can see it and begin to understand it because it is the work of God in them with the answers.  If you don’t believe me, try explaining your belief to an unbeliever or if you are an unbeliever, try asking someone to explain why they believe.

I’ve been questioning this idea of “the spiritual realm” lately.  Especially since in the United States, it seems that aside from the existence of churches and other religious organizations and their conversations about God or the occasional ghost hunter program on TV, there doesn’t seem to be very much spiritual influence.  It occurred to me the other day how as we find “unreached” villages in various corners of the world, they all seem to have a sort of spiritual element.  Some things seem ridiculous to us like the existence of some illness that we know is simply treatable with medication.  Then there are the weird occurrences of people experiencing unexplainable forces or curses.  If we aren’t created with the aptitude to experience the spiritual realm, then why do “untainted peoples” always seem to have a strong spiritual influence in their lives?  Yet those of us in the “developed world” either explain away or ignore these things.  We even explain the spiritual influences of those in outlying areas of the world as underdeveloped, unintelligent, or otherwise ignorant of “the truth”.  It is seen in some circles that supernatural or spiritual explanations of otherwise unexplainable occurrences are merely “a way” to explain something but not necessarily the truth.  It’s scary for us to accept that something is bigger and possibly more powerful then ourselves: whether or not those things are something we would like to be involved with or not.  “The greatest trick the devil ever pulled was convincing the world he didn’t exist.”

Just because we ignore something doesn’t mean it isn’t there.  Just because we deny the validity of something doesn’t mean that it isn’t true.  The wonder of spirituality and belief is that everyone has a different experience.  Paul’s explanation here is twofold.  It explains that we should be aware of the existence of the Holy Spirit versus the teachings of mere man.  He also tells us of the danger of trying to convince someone to believe when it isn’t up to us.  We can badger someone into saying they believe but truthfully we are just doing them a disservice.  We can tell someone to go through a ritual so that they will receive the Spirit of God but they will just be more confused than they were before and it will just cloud the truth.  It’s about sharing what we know not through our own knowledge, but through what the Spirit of God inside of us is saying.  We must be prudent that our sinful flesh isn’t trying to “win one for God” in order to subconsciously think we had something to do with their salvation.  If inquiring minds want to know, we simply tell them the truth.

1 thought on “Spiritual vs. Physical”