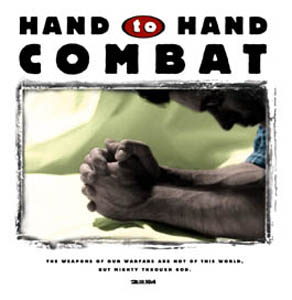 Paul’s transition occurs here.  He has gone through explaining where salvation, sanctification, and the work of God comes from and where it is seen.  His exhortation is now becoming stronger and it seems as though the tone of his letter is evolving.  Paul takes the way that the Corinthians look at spiritual leaders and somewhat turns it on them.

8 You are already filled, you have already become rich, you have become kings without us; and indeed, I wish that you had become kings so that we also might reign with you. 9 For, I think, God has exhibited us apostles last of all, as men condemned to death; because we have become a spectacle to the world, both to angels and to men. 10 We are fools for Christ’s sake, but you are prudent in Christ; we are weak, but you are strong; you are distinguished, but we are without honor. 11 To this present hour we are both hungry and thirsty, and are poorly clothed, and are roughly treated, and are homeless; 12 and we toil, working with our own hands; when we are reviled, we bless; when we are persecuted, we endure; 13 when we are slandered, we try to conciliate; we have become as the scum of the world, the dregs of all things, even until now. 14 I do not write these things to shame you, but to admonish you as my beloved children. 15 For if you were to have countless tutors in Christ, yet you would not have many fathers, for in Christ Jesus I became your father through the gospel. 16 Therefore I exhort you, be imitators of me. 17 For this reason I have sent to you Timothy, who is my beloved and faithful child in the Lord, and he will remind you of my ways which are in Christ, just as I teach everywhere in every church. 18 Now some have become arrogant, as though I were not coming to you. 19 But I will come to you soon, if the Lord wills, and I shall find out, not the words of those who are arrogant but their power. 20 For the kingdom of God does not consist in words but in power. 21 What do you desire? Shall I come to you with a rod, or with love and a spirit of gentleness?

We are only 4 chapters into these letters and I keep seeing echoes of what Solomon was trying to say in Ecclesiastes.  Paul’s exhortation here is that the people he is writing to are far more powerful spiritually than the apostles themselves, yet they are still lacking.  There potential is great but their experience is lacking.  He explains first that spiritually the Corinthians are more knowledgeable, yet in action they have yet to do anything with it. The key to Paul’s message is found in verse 14.  He isn’t trying to put them down or tell them they are “bad people” (keep this in mind as we continue studying these letters), but rather he is warning them of what is going to happen if they continue in this path.  We would be wise to pay attention to what Paul is talking about as we too are in the same sort of danger.

We have read in Paul’s other letters of the persecution he faced from people, from nature, and from his sinful flesh.  This is the spiritual battle he talks about when he writes to the Ephesians (where we learn about the armor of God).  What I see Paul explaining here is the difference between a wartime army and a peacetime army.  A peacetime army is bored.  A peacetime army might be constantly training and studying but at the same time the lack of operational tempo has caused them to grow lazy and fat.  A wartime army doesn’t have time for that because they are constantly at battle.  As the war evolves they analyze and study exactly what is necessary to be as efficient as possible.  Paul is telling the Corinthians that they might all be “trained up” for war but they are refusing to go to battle.  What good is a trained soldier that doesn’t fight?

My pastor has been preaching lately about the armor of God and he makes a very interesting point: part of the devil’s trick is convincing us that we aren’t at war.  If we don’t think we are at war, then we aren’t going to be very motivated to fight, are we?  Yet Paul tells us For our struggle is not against flesh and blood, but against the rulers, against the powers, against the world forces of this darkness, against the spiritual forces of wickedness in the heavenly places.  Paul’s exhortation here is simple, “if you really believe what you say you do, then jump in the fight.  If you aren’t battle worn and scarred like we are, then you’re missing something, regardless of how spiritual you think you are.”  One thing my team leader in the Marines told us was that in war, taking the first shot is always the hardest.  After that, it gets easier and easier but we’re never going to realize that unless we actually pull the trigger.

So what’s holding you back?  Does your life reflect one of spiritual battle or of constant readiness but in a posture of hesitation?