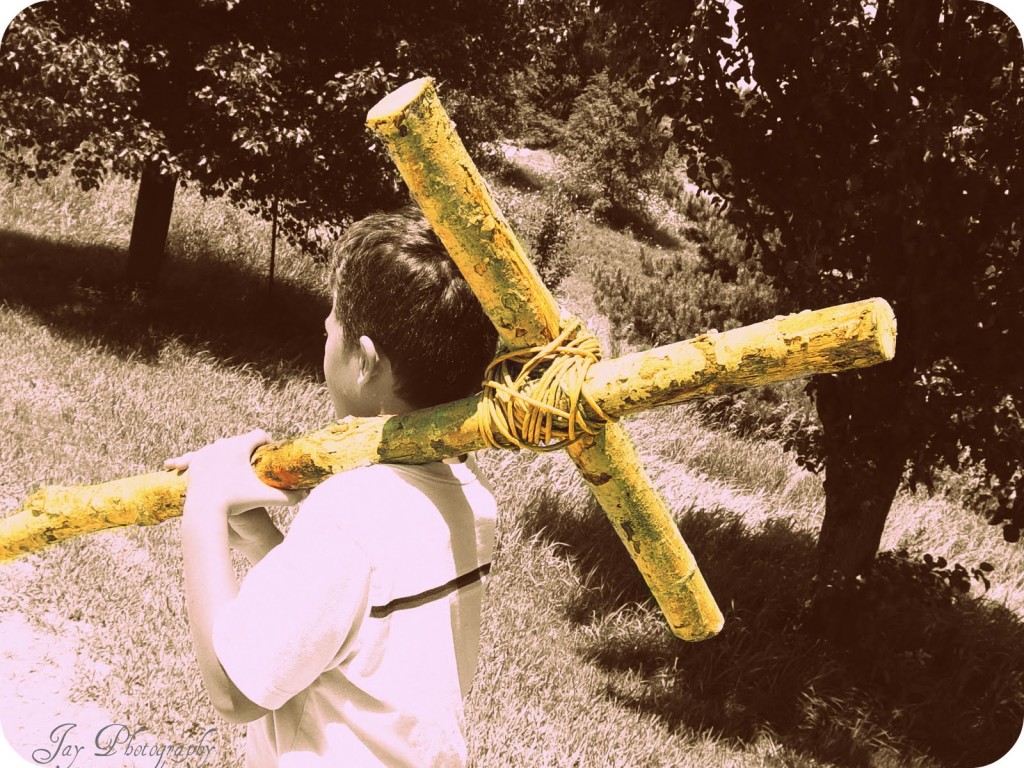 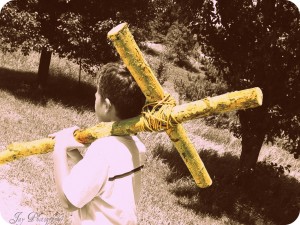 Mark 8:27-38
27 Jesus went out, along with His disciples, to the villages of Caesarea Philippi; and on the way He questioned His disciples, saying to them, “Who do people say that I am?” 28 They told Him, saying, “John the Baptist; and others say Elijah; but others, one of the prophets.” 29 And He continued by questioning them, “But who do you say that I am?” Peter answered and said to Him, “You are the Christ.” 30 And He warned them to tell no one about Him. 31 And He began to teach them that the Son of Man must suffer many things and be rejected by the elders and the chief priests and the scribes, and be killed, and after three days rise again. 32 And He was stating the matter plainly. And Peter took Him aside and began to rebuke Him. 33 But turning around and seeing His disciples, He rebuked Peter and said, “Get behind Me, Satan; for you are not setting your mind on God’s interests, but man’s.” 34 And He summoned the crowd with His disciples, and said to them, “If anyone wishes to come after Me, he must deny himself, and take up his cross and follow Me. 35 “For whoever wishes to save his life will lose it, but whoever loses his life for My sake and the gospel’s will save it. 36 “For what does it profit a man to gain the whole world, and forfeit his soul? 37 “For what will a man give in exchange for his soul? 38 “For whoever is ashamed of Me and My words in this adulterous and sinful generation, the Son of Man will also be ashamed of him when He comes in the glory of His Father with the holy angels.”

This conversation is well known among versed Christians because it is very important.  It is literally the key to salvation and a disciplined life in Christ.  In the beginning we read how the people are trying to figure out which part of scripture Jesus is fulfilling by being on earth.  Herod claimed that Jesus was John the Baptist who had come back from the dead to haunt him.  In regards to Elijah, this comes from a prophecy out of Malachi 4, where God claimed that Elijah would return announcing the coming of the Messiah.  Matthew recorded Jesus’ words in regards to this in chapter 11 of his book:

[quote]7 As these men were going away, Jesus began to speak to the crowds about John, “What did you go out into the wilderness to see? A reed shaken by the wind? 8 “But what did you go out to see? A man dressed in soft clothing? Those who wear soft clothing are in kings’ palaces! 9 “But what did you go out to see? A prophet? Yes, I tell you, and one who is more than a prophet. 10 “This is the one about whom it is written, ‘BEHOLD, I SEND MY MESSENGER AHEAD OF YOU, WHO WILL PREPARE YOUR WAY BEFORE YOU.’ 11 “Truly I say to you, among those born of women there has not arisen anyone greater than John the Baptist! Yet the one who is least in the kingdom of heaven is greater than he. 12 “From the days of John the Baptist until now the kingdom of heaven suffers violence, and violent men take it by force. 13 “For all the prophets and the Law prophesied until John. 14 “And if you are willing to accept it, John himself is Elijah who was to come. 15 “He who has ears to hear, let him hear. 16 “But to what shall I compare this generation? It is like children sitting in the market places, who call out to the other children, 17 and say, ‘We played the flute for you, and you did not dance; we sang a dirge, and you did not mourn.’ 18 “For John came neither eating nor drinking, and they say, ‘He has a demon!’ 19 “The Son of Man came eating and drinking, and they say, ‘Behold, a gluttonous man and a drunkard, a friend of tax collectors and sinners!’ Yet wisdom is vindicated by her deeds.” [/quote]

Why is this important?  It is important because we need to recognize what Jesus said in Matthew 11:12, that we are at war.  As Christians (believers and followers of Jesus as the Christ), we must take up our armor and fight!  This is why Jesus rebukes Peter in our passage from Mark, because Satan was working hard to twist the minds of His own disciples.  Instead of understanding God’s interests (i.e. His will), Peter was more worried about not having Jesus around for the next couple decades.  When we recognize that our physical lives on earth are just a small portion of our spiritual lives, we will begin to see things differently.  We absolutely MUST start seeing things this way or else we will become lost, confused, disillusioned, and find ourselves not very close to God.  Peter missed when Jesus said, “…and after three days rise again.”  Peter’s human thinking (instead of Kingdom thinking) blocked him from realizing Jesus mentioned He would return three days after His execution.  Peter’s fear was overruling his faith.  This is why Jesus tells him to refocus his mind on God’s interests instead of his own.

Next Jesus takes this and turns it into a teaching point for the other followers around them.  He gathers them together and gives His infamous speech about taking up our crosses and following Him.  Did He know He would be crucified at that point, or just that He would be executed?  Many times we mix the story of Jesus’ crucifixion with this passage and confuse the meaning a little.  A good friend of mine just preached on our identity in Christ and brought up a very good point: the cross was an instrument of death.  Albeit heavy and cumbersome, Jesus’ meaning here wasn’t to say we have to walk the path to Calvary carrying a 200+lb wooden cross on our backs and literally get hung on it.  Yes, there are some who have experienced that as a result of following Jesus, but Jesus is ALWAYS speaking spiritually.  The truth is Jesus wants us to die to ourselves because He knows that only then will we be able to experience and live in God’s Kingdom.  He wants us to willingly go through the process of dying to ourselves so we can be alive in Him.

In Romans 6, the Apostle Paul explains that when we die to ourselves, we die with Christ in our sinfulness and are resurrected into new life.  Jesus is telling us in Mark that this is the only way we can save ourselves, by forfeiting our own will and being resurrected in His.  This is Kingdom living.  This is why Romans 12 says:

[quote]1 Therefore I urge you, brethren, by the mercies of God, to present your bodies a living and holy sacrifice, acceptable to God, which is your spiritual service of worship. 2 And do not be conformed to this world, but be transformed by the renewing of your mind, so that you may prove what the will of God is, that which is good and acceptable and perfect.[/quote]

We have become too shortsighted and focus on the here and now than the long-term ramifications of the direction we are heading.  This isn’t to say we should completely forget about today and worry about tomorrow, but that God has given us a futuristic vision of what is to come and how we can be a part of it.  He has shown us the opportunity we have to not only live an eternal life in God’s presence free of sin, pain, and sadness, but that we can live that life right now!  We have an internal drive for satisfaction, happiness, and contentment but we continue to try to achieve it in superficial and temporary ways.  Peter was worried about losing Jesus for three days and didn’t recognize that he will get to live with Him for eternity!  It seems silly to us but we act exactly the same way on a moment-by-moment basis, seeking to satisfy our flesh instead of our soul.   If we focus instead on satisfying our soul by living in the Kingdom of God and in unity with God our Father as a result of Jesus His Son through the Holy Spirit, not only will we recognize the futility in satisfying our flesh, but it won’t be as important to us anymore because we will have true satisfaction that surpasses anything in the “natural” world.