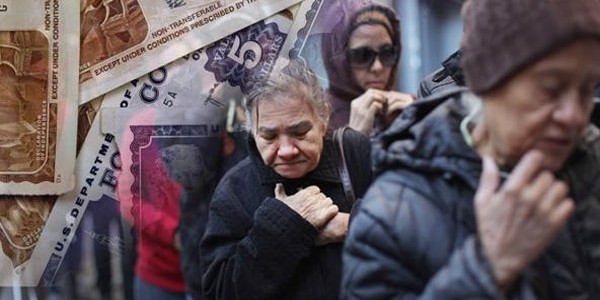 Matthew 23:14
14 “Woe to you, scribes and Pharisees, hypocrites, because you devour widows’ houses, and for a pretense you make long prayers; therefore you will receive greater condemnation.

The Pharisees were doing the exact opposite.  What Jesus is explaining here is the process by which the religious leaders would “help” a widow and her children (orphans) by offering to help them with their estate.  The men would sell the women’s possessions and even the entire house “for them” but make a profit off of it or even take some of the goods themselves.  The men would claim that their financial gains were a result of their immense prayer life and civil duty to helping these distressed families.  You can even imagine the official looking way they handle things.

Here in Guatemala, the government has been threatening to remove tax free status from schools, hospitals, churches, and mission organizations because of the immense corruption they have been finding.  People pose as one of these organizations to evade taxes even though they operate as a regular business.  This is a grave injustice and exploits the needy.  This was Jesus’ problem with the Pharisees in this issue.  Not only did they not really help anyone as they should, but in fact used it as a pretense to take advantage of those in need and then make themselves look more holy.  This is why Jesus said in Matthew 6:

These men were doing exactly these things that Jesus warned against.  The scary thing, however, is that the Pharisees did not just wake up one day and decide to do these things.  I believe they started out by having good intentions but were quickly tempted.  Maybe at first they thought that making a little money on the side was a good idea so they could raise money to help others.  From there the slippery slope began and now they are exploiting widows and orphans by selling off their houses and stealing their possessions all in the name of God.  Are you in a position where this danger looms?  How often do we evaluate ourselves and our motives to make sure we aren’t strolling down this path?  Jesus isn’t just exhorting the Pharisees (who really weren’t listening anyway) but us as well so we do not fall into the same trap of Satan.