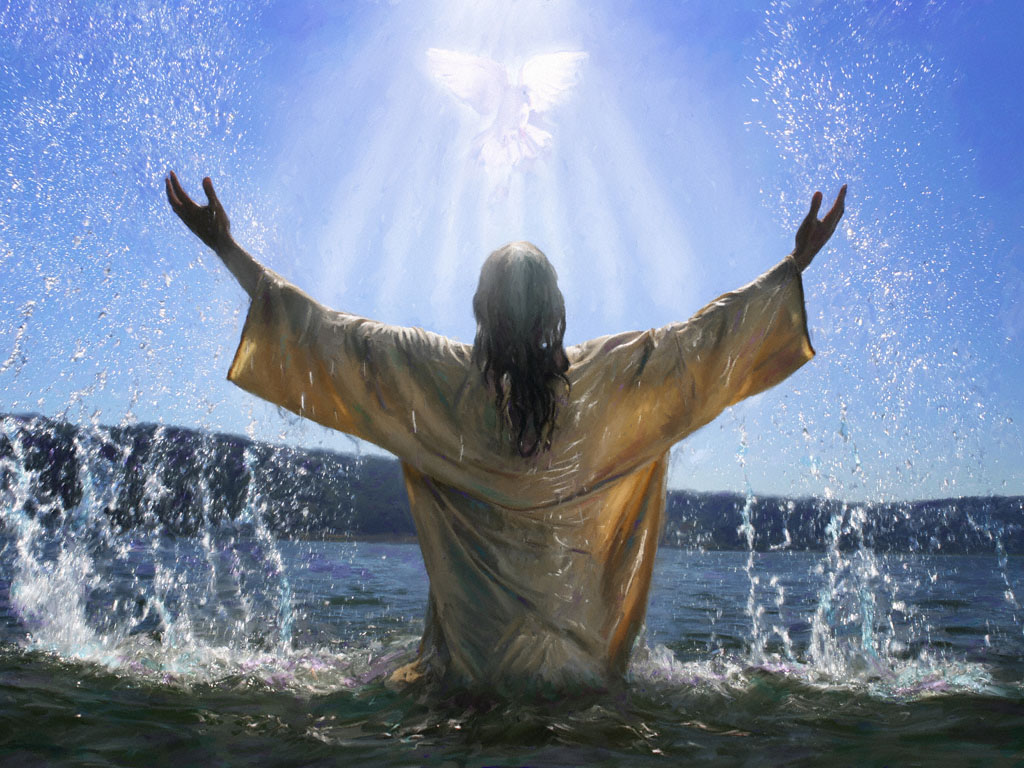 Acts 19:1-10
1 It happened that while Apollos was at Corinth, Paul passed through the upper country and came to Ephesus, and found some disciples. 2 He said to them, “Did you receive the Holy Spirit when you believed?” And they said to him, “No, we have not even heard whether there is a Holy Spirit.” 3 And he said, “Into what then were you baptized?” And they said, “Into John’s baptism.” 4 Paul said, “John baptized with the baptism of repentance, telling the people to believe in Him who was coming after him, that is, in Jesus.” 5 When they heard this, they were baptized in the name of the Lord Jesus. 6 And when Paul had laid his hands upon them, the Holy Spirit came on them, and they began speaking with tongues and prophesying. 7 There were in all about twelve men. 8 And he entered the synagogue and continued speaking out boldly for three months, reasoning and persuading them about the kingdom of God. 9 But when some were becoming hardened and disobedient, speaking evil of the Way before the people, he withdrew from them and took away the disciples, reasoning daily in the school of Tyrannus. 10 This took place for two years, so that all who lived in Asia heard the word of the Lord, both Jews and Greeks.

15 Now while the people were in a state of expectation and all were wondering in their hearts about John, as to whether he was the Christ, 16 John answered and said to them all, “As for me, I baptize you with water; but One is coming who is mightier than I, and I am not fit to untie the thong of His sandals; He will baptize you with the Holy Spirit and fire. 17 “His winnowing fork is in His hand to thoroughly clear His threshing floor, and to gather the wheat into His barn; but He will burn up the chaff with unquenchable fire.”

This can be confusing since our current church tradition calls us to be baptized with water.  Throughout the New Testament and especially in Acts, the apostles were baptizing folks left and right that believed.  In fact, whenever someone’s eyes were opened by God’s grace they asked, “what then shall we do?” the response is always, “repent and be baptized.”  This is John’s baptism.  It makes way for Christ’s baptism.  In Matthew 3, Jesus approaches John the Baptist in the Jordan River to be baptized and John says he isn’t even worthy to do such a thing.

13 Then Jesus arrived from Galilee at the Jordan coming to John, to be baptized by him. 14 But John tried to prevent Him, saying, “I have need to be baptized by You, and do You come to me?” 15 But Jesus answering said to him, “Permit it at this time; for in this way it is fitting for us to fulfill all righteousness.” Then he permitted Him. 16 After being baptized, Jesus came up immediately from the water; and behold, the heavens were opened, and he saw the Spirit of God descending as a dove and lighting on Him, 17 and behold, a voice out of the heavens said, “This is My beloved Son, in whom I am well-pleased.”

After all, why does Jesus need to “repent and be baptized” if he has nothing to repent of?  The key is that God aligns our perspective to His, which is why we ask, “what must I do?”  Jesus already knew this answer because His will was aligned with God the Father’s already; He just had to follow through.  Think of it as the “sealing kiss” in a wedding.  The relationship has just begun at this moment of the ceremony; the real adventure is yet to come!

The Spirit of God descending upon Jesus is the Christ’s baptism.  This is what happens after water baptism.  In our humility as we die to ourselves (repentance), God pours out His Spirit upon us.  Notice that it doesn’t always happen right away.  In the passage we are reading in Acts, those who had received this water baptism had not yet received the Spirit.  God used Paul to pour it out upon them.  When I first read this passage a couple years ago, my thought was, “all I need is for someone to lay hands on me so I can get it!”  How foolish, to think I could manipulate God in such a way.  After all, the first instances of the Spirit were by Jesus breathing on the original disciples and later by the sound of wind and flaming tongues!  John was a man calling people to repentance to prepare them for the coming of Christ.  Jesus came after this call to repentance (which is a necessary step) to receive communion with the Triune God.  This is why Jesus articulates the “Great Commission” in Matthew 28 the way He does:

19 “Go therefore and make disciples of all the nations, baptizing them in the name of the Father and the Son and the Holy Spirit, 20 teaching them to observe all that I commanded you; and lo, I am with you always, even to the end of the age.”

Therefore, once we have repented we are ready to receive God’s Spirit in order to observe all that Jesus has commanded us.  The Holy Spirit is our gift from God to empower us to be obedient in order to reveal God’s Kingdom to others (read again verse 7 of Acts 19).  As a note of humility, notice how Paul handled the folks who were speaking evil of the Way.  He withdrew from them, taking along his new disciples, and continued to teach them about the Kingdom of Heaven.  He didn’t stand there having public debates about who is right and wrong.  Do we have to defend God before men who don’t care about His precepts?  This is foolishness since God is in control of their belief anyway.  We might as well be arguing with a concrete wall.

For the longest time since I have worked to more diligently learn about God, I have tried to narrow down the workings of the Holy Spirit into a formula.  I feel as though I am getting closer to it.  The Holy Spirit reveals Himself in us on a regular basis when we are obedient and continuously seeking God’s will instead of our own.  Why would you empower someone with the most powerful force in the universe that you know will not use it the way it was designed to be used?  If we are not fully repentant of our sinfulness and wholeheartedly seeking out God’s will for our lives, there is no use in empowering us because we are just going to make mistakes on a grander scale.  If we want to use the fire of the Holy Spirit, we must first be prepared to take the heat. 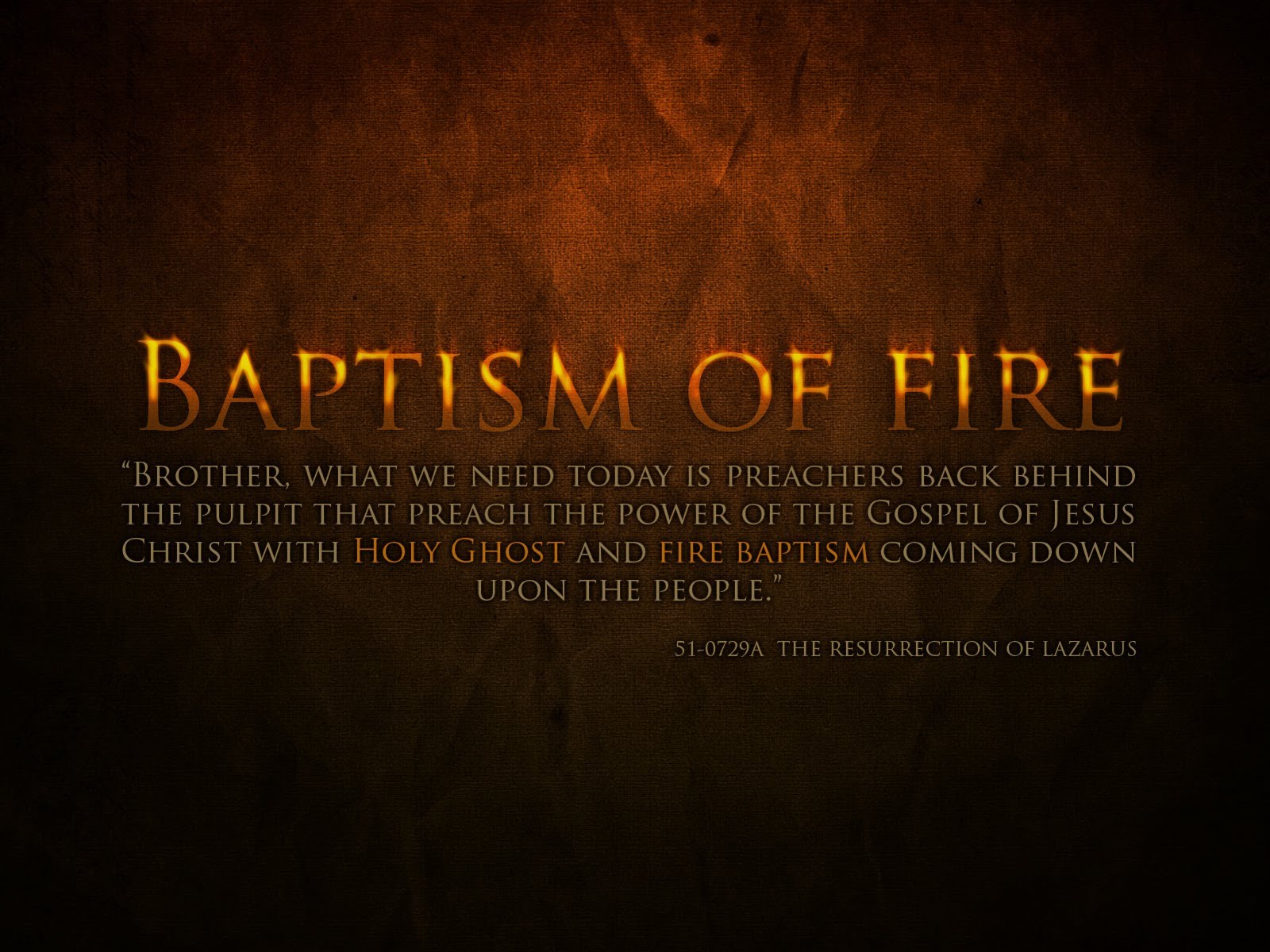