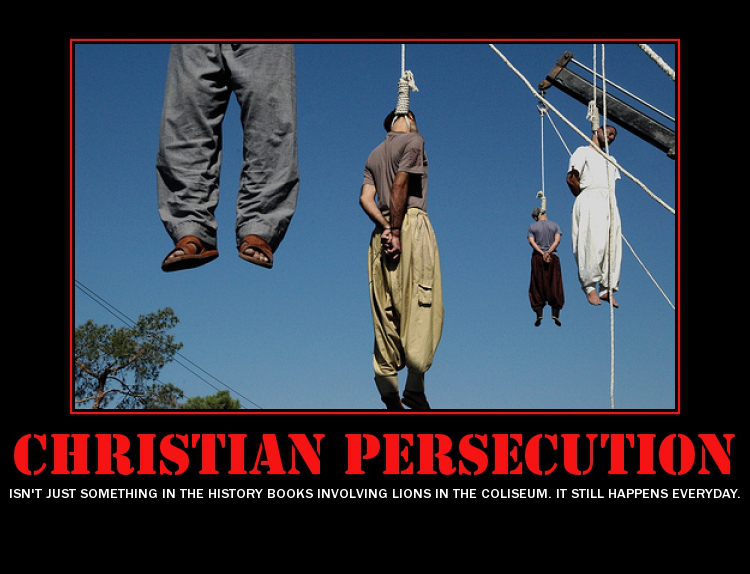 Acts 11:19-24
19 So then those who were scattered because of the persecution that occurred in connection with Stephen made their way to Phoenicia and Cyprus and Antioch, speaking the word to no one except to Jews alone. 20 But there were some of them, men of Cyprus and Cyrene, who came to Antioch and began speaking to the Greeks also, preaching the Lord Jesus. 21 And the hand of the Lord was with them, and a large number who believed turned to the Lord. 22 The news about them reached the ears of the church at Jerusalem, and they sent Barnabas off to Antioch. 23 Then when he arrived and witnessed the grace of God, he rejoiced and began to encourage them all with resolute heart to remain true to the Lord; 24 for he was a good man, and full of the Holy Spirit and of faith. And considerable numbers were brought to the Lord.

I’ve always wondered at the persecution of the church in these times.  I wonder if the church would have grown the way it did if it wasn’t persecuted the way it was.  Too often we see persecution as a bad thing, but that is only because we aren’t looking at the bigger picture.  Throughout the bible, we find a number of stories where persecution was how God spread His Word throughout the land.  Paul taught the Roman guard in prison, these folks were spread throughout the region, even Israel’s Babylonian exile…all were ways to spread God’s truth to unreached parts of the world.

In the U.S. today, people are complaining about the persecution of the church because the word “God” isn’t allowed in schools and the separation of church and state is in full swing.  Regardless of your opinions whether it is right or wrong, there is one thing we cannot deny: the fulfillment of prophecy.  In John 15, Jesus foretells the persecution of His followers:

Yet, in Romans 8, Paul also reminds us of the good providence of God and even though we are being persecuted there is no need to worry:

The persecution of Jesus’ followers resulted in considerable numbers were brought to the Lord.  Isn’t this amazing?  We get so caught up in our presentations, the level of our music on Sunday mornings, and the fluidity of our three-point sermons but was this the focus of the original church?  They were dedicated to teaching the truth to as many people as possible even if they faced opposition.  I should say, especially when they faced opposition.  When we are being persecuted and attacked, this is a good indication of how well we are doing in following God’s will.  His ways are not our ways and when we follow His ways, we cause waves in society.

While we fight for our human rights in various countries around the world, let us stop and think about the beauty of being persecuted.  10 of the 12 original disciples were killed because of their faith.  Jesus was tortured and handed a slow agonizing death.  Christians around the world are thrown in dungeons and tortured simply to make them renounce their faith.  Their faith must have been evident in their lives for this to happen to them.  It wasn’t that they just said they followed Jesus, because if it was just lip service, they would have been let go and renounced their faith immediately.  But these folks stay true to what they believe and demonstrate their faith; they don’t just talk about it.  As Richard Wurmbrand said in his book Tortured for Christ, “There is no question of the authenticity of the faith of those in the underground church.” 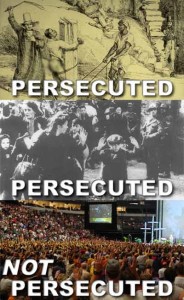 Are you worthy of persecution?  Are you living a life worth being hated by the world?  Persecution is a good test of our spiritual walk.  Our presence should make the worldly stand on edge because their iniquity is exposed by the light of Christ shining from us.  Just like whenever Jesus was in the presence of the Pharisees all they could do was conspire to trip Him up, ruin His testimony, and when they couldn’t do that they planned his murder.  If Jesus says the same will happen to us, then why are we still living a life free of persecution?