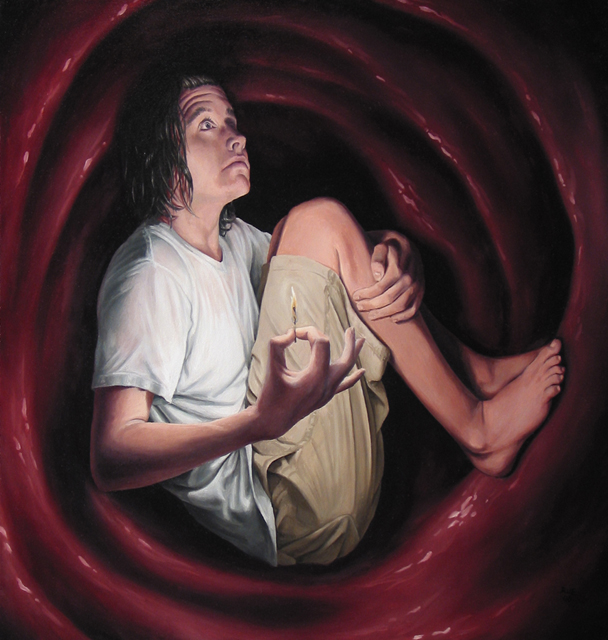 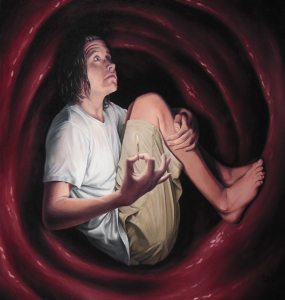 Jonah 1:17- 2:10
17 And the LORD appointed a great fish to swallow Jonah, and Jonah was in the stomach of the fish three days and three nights. 1 Then Jonah prayed to the LORD his God from the stomach of the fish, 2 and he said, “I called out of my distress to the LORD, And He answered me. I cried for help from the depth of Sheol; You heard my voice. 3 “For You had cast me into the deep, Into the heart of the seas, And the current engulfed me. All Your breakers and billows passed over me. 4 “So I said, ‘I have been expelled from Your sight. Nevertheless I will look again toward Your holy temple.’ 5 “Water encompassed me to the point of death. The great deep engulfed me, Weeds were wrapped around my head. 6 “I descended to the roots of the mountains. The earth with its bars was around me forever, But You have brought up my life from the pit, O LORD my God. 7 “While I was fainting away, I remembered the LORD, And my prayer came to You, Into Your holy temple. 8 “Those who regard vain idols Forsake their faithfulness, 9 But I will sacrifice to You With the voice of thanksgiving. That which I have vowed I will pay. Salvation is from the LORD.” 10 Then the LORD commanded the fish, and it vomited Jonah up onto the dry land.

A couple years ago I realized that sometimes we have to dig a hole so deep that finally we decide to look up to God for help because there is nobody else to turn to. I feel Jonah’s heart in this prayer came from a place like that: one of desolation, despair, and recognition of his sinfulness. After all, he was living in the belly of a fish. Let us first recognize that in the depths of despair and certain death, God was still with Jonah and listening to him. God had to take him to a place where he would realize he could not run from God. Jonah found himself in a place where there was nothing to do but listen to God and seek His presence. As we saw in an earlier post from Psalm 139, there is no place we can go to flee from God. We can certainly remove ourselves from his presence in that we feel desolate and alone, but He is always available to us. Jonah was in a fish somewhere floating around in the sea and he proclaims that he returned to God’s Holy Temple. He obviously isn’t talking about the temple in Jerusalem, he is talking about the presence of God. He returned to God, not trying to flee his presence but welcoming His presence in his life. Have you ever experienced this? Have you ever had a “prodigal son moment”? When I experienced this personally, I cried like a baby, recognizing the greatness of His mercy that He would always be right there welcoming me into His arms.

Jonah is talking about how God cast him into the deep sea and had him experience some pretty rough things in order for him to return to the presence of the Lord. He recognized his own rebellion and how stubborn he was that God had to put him through so much just so he would repent and learn the error of his ways. Are you currently sinking to the depths? Are you living in the belly of the fish right now? If so, know this (just as Jonah finally recognized) you are still alive because God isn’t done with you yet! He wants a deeper relationship with you. What kind of miracle would it be to live in the belly of a fish for a few days? Maybe I don’t have a complete understanding of the digestive system of large fish, but we would all think that he would have been partly digested by then…but he came out just fine. Even though it might seem like we are completely outside the reach of God, He is still giving us what we need. In verse 4 Jonah recounts that he thought that he was finally out of the reach of God, but God rescued him. He was never alone even though he felt like he was. You aren’t alone either. God is just waiting for you to recognize your need of Him and finally reach out for the help He is offering you. This is what Jesus meant in Matthew 5 when He said,

We spend our entire lives running, why don’t we chose to run towards something worthwhile? Until this point, Jonah was running from God and distracted by his own emotions and feelings. His distaste for the people of Nineveh, his fear of following God’s commands, and his desire to do what he wanted to do completely drew him away from God’s presence. He knew who God is and he had a strong enough relationship with Him to know when He was speaking. Jonah was trying to flee the presence of God because he let his fears and personal desires dictate his actions. We are constantly trying to fulfill our own desires and continually are running from or towards something. When will we recognize that the only thing we need to run towards is God and run away from all that prohibits our intimate relationship with Him? In 1 Timothy 6, the Apostle Paul addresses this issue and encourages us to run towards God:

9 But those who want to get rich fall into temptation and a snare and many foolish and harmful desires which plunge men into ruin and destruction. 10 For the love of money is a root of all sorts of evil, and some by longing for it have wandered away from the faith and pierced themselves with many griefs.11 But flee from these things, you man of God, and pursue righteousness, godliness, faith, love, perseverance and gentleness. 12 Fight the good fight of faith; take hold of the eternal life to which you were called, and you made the good confession in the presence of many witnesses. 13 I charge you in the presence of God, who gives life to all things, and of Christ Jesus, who testified the good confession before Pontius Pilate, 14 that you keep the commandment without stain or reproach until the appearing of our Lord Jesus Christ, 15 which He will bring about at the proper time -He who is the blessed and only Sovereign, the King of kings and Lord of lords, 16 who alone possesses immortality and dwells in unapproachable light, whom no man has seen or can see. To Him be honor and eternal dominion! Amen.

Are you looking to the empty promises of the world or towards God for the solutions to your problems?