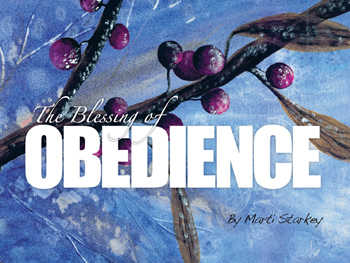 Acts 7:1-10
1 The high priest said, “Are these things so?” 2 And he said, “Hear me, brethren and fathers! The God of glory appeared to our father Abraham when he was in Mesopotamia, before he lived in Haran, 3 and said to him, ‘LEAVE YOUR COUNTRY AND YOUR RELATIVES, AND COME INTO THE LAND THAT I WILL SHOW YOU.’ 4 “Then he left the land of the Chaldeans and settled in Haran. From there, after his father died, God had him move to this country in which you are now living. 5 “But He gave him no inheritance in it, not even a foot of ground, and yet, even when he had no child, He promised that HE WOULD GIVE IT TO HIM AS A POSSESSION, AND TO HIS DESCENDANTS AFTER HIM. 6 “But God spoke to this effect, that his DESCENDANTS WOULD BE ALIENS IN A FOREIGN LAND, AND THAT THEY WOULD BE ENSLAVED AND MISTREATED FOR FOUR HUNDRED YEARS. 7 ” ‘AND WHATEVER NATION TO WHICH THEY WILL BE IN BONDAGE I MYSELF WILL JUDGE,’ said God, ‘AND AFTER THAT THEY WILL COME OUT AND SERVE ME IN THIS PLACE.’ 8 “And He gave him the covenant of circumcision; and so Abraham became the father of Isaac, and circumcised him on the eighth day; and Isaac became the father of Jacob, and Jacob of the twelve patriarchs. 9 “The patriarchs became jealous of Joseph and sold him into Egypt. Yet God was with him, 10 and rescued him from all his afflictions, and granted him favor and wisdom in the sight of Pharaoh, king of Egypt, and he made him governor over Egypt and all his household.

Here we begin reading what is known as Stephen’s sermon: his defense against the charges being brought against him in chapter 6: “This man incessantly speaks against this holy place and the Law; for we have heard him say that this Nazarene, Jesus, will destroy this place and alter the customs which Moses handed down to us.”  He is being given an opportunity to explain his statements.  In the beginning of chapter 6, we talked about obedience as servants.  Here, Stephen starts his explanation by describing the obedience of Abraham and the result.  In verse 9, we see the result of the persecution of Joseph.  His brothers (whom would later become the 12 tribes of Israel) grew jealous and persecuted him.  Yet, because of his obedience and his forefathers’ obedience, God was with him.

Our idea of obedience has grown into one of negativity.  We send dogs to obedience school, we discipline (ie scold and punish) our kids so they learn to be obedient, we even teach leadership courses of how to win the hearts of our subordinates so they will obey our commands.  Yet, our obedience to God is not a place of negative reinforcement and fear, but one of freedom and blessing!  We look at the Old Testament accounts and see the impossibility of obedience to God’s law as if it is a dirty trick for God to be able to hold His judgmental finger over us.  We cannot forget, however, what Jesus said about His purpose here on earth in Matthew 5:

Later, when explaining to His disciples about the things to come starting with His own death, He tells them in John 15:

It is the Holy Spirit that empowers us to abide in God and therefore live in freedom from the Law.  It isn’t to nullify it, but rather give us the ability to live in it without condemnation!  This is what it means to live free from sin.  It isn’t just the spiritual and eternal ramifications of it, but also the ability to not sin again!  Those of us who see this as an impossibility are lacking in their relationship with God (myself included).  We all struggle with understanding fully this reality, but it is what the scriptures explain to us!  Stephen, it appears, was well on his way to understanding and utilizing this principle which is what attracted so much attention.

The beginning of Stephen’s sermon as we have read it today almost seems like a threat but in fact is an assurance that it doesn’t matter what they do to him, he knows God is on his side.  The local leaders were growing jealous of this random guy without formal training having a deeper relationship with God than they did (much like Joseph’s run in with his brothers).  Yet God gave them an opportunity to take this revelation and repent of their sinfulness and grow in their relationships with God just like Stephen is presenting to them.  Will you take the opportunity God is giving you to grow closer to Him and live freely in obedience?