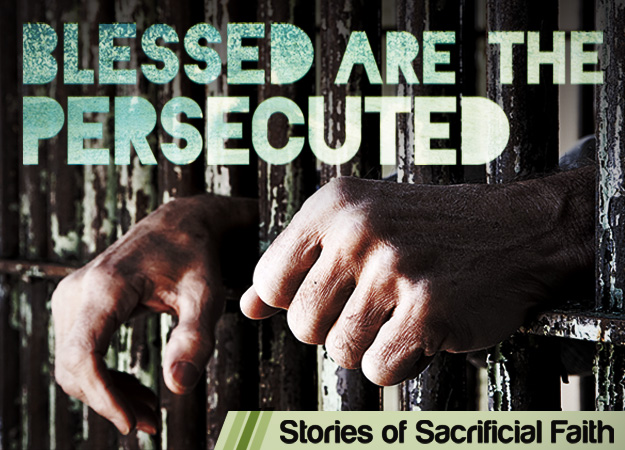 Matthew 5:11-12
11 “Blessed are you when people insult you and persecute you, and falsely say all kinds of evil against you because of Me. 12 “Rejoice and be glad, for your reward in heaven is great; for in the same way they persecuted the prophets who were before you.

Jesus had just said that those who have been persecuted are blessed. Now He is saying blessed are you when you are persecuted as well. Do you notice the transition? He was first talking in generalities, but now His message is getting more personal. This is one of the issues we face in studying the bible is trying to figure out who specifically is being talked to and what words we should heed as instruction and what is just historical information. Yes, Jesus here was talking to a large group of His followers, but the message is directed at His followers and still applies to His followers today.

Jesus mentions the prophets in this moment because His listeners were people who looked up to the prophets of old. They were the spiritual heroes of their day and are reflected upon as people that the Jews would like to emulate. The prophets were people that were close to God. They were close enough to God that they heard and understood and obeyed God despite what the world around them was doing. They were so close to God that God made them His ambassadors in a dark world. Those of you who have read this section of the bible before know that Jesus is getting ready to tell His audience that they too are now to be ambassadors of God.

It is interesting to note the types of persecution Jesus grouped in this statement. He does say we are blessed when people persecute us, but also mentions insults and lies. When we begin to emulate Jesus as the embodiment of the Kingdom of God, we will be subject to these things. When His light shines through us and illuminates the things hiding in the darkness, those things will come against us, furious of being exposed. We might think of monsters and creepy things crawling in the dark but this also refers to the darkness inside of mankind. It will rear its ugly head when you shine upon it and who knows what will happen as a result.

In Luke 21 and later in John 15:20 Jesus reminds us that being persecuted is actually a good thing! Here in His sermon He says that those who are persecuted because of Him are blessed, but why and how? Let’s see what Luke recorded:

10 Then He continued by saying to them, “Nation will rise against nation and kingdom against kingdom, 11 and there will be great earthquakes, and in various places plagues and famines; and there will be terrors and great signs from heaven. 12 “But before all these things, they will lay their hands on you and will persecute you, delivering you to the synagogues and prisons, bringing you before kings and governors for My name’s sake. 13 “It will lead to an opportunity for your testimony. 14 “So make up your minds not to prepare beforehand to defend yourselves; 15 for I will give you utterance and wisdom which none of your opponents will be able to resist or refute. 16 “But you will be betrayed even by parents and brothers and relatives and friends, and they will put some of you to death, 17 and you will be hated by all because of My name. 18 “Yet not a hair of your head will perish. 19 “By your endurance you will gain your lives.

The persecution of the saints is a sign of the coming Lord! I say that while also recognizing that the original folks He was saying this to were also persecuted and that was 2,000 years ago. But, the great thing is that we see how God uses persecution to strengthen and grow us and spread His gospel to others. When Christians are martyred, the biggest point their persecutors bring them to is demanding they renounce their faith in order to be spared. It doesn’t happen. When people are willing to die for what they believe, it impacts those who are witnesses to their boldness in faith. Are you willing to die for the name of Jesus? It’s neat to reflect upon the life of the Apostle Paul because as much “trouble” he caused in the region by simply preaching about Christ and the Kingdom, it took them forever to kill him because everyone really liked the guy! They exiled him and still let people visit him until they finally took his head. The same thing happened to John. While they couldn’t stand these guys because they were changing entire societies in Christ’s name, they realized that their only complaint against them was the inner turmoil they caused in leaders and government. Just like when Jesus was persecuted, there was no solid judgment against Him, but the ugliness inside them was exposed by His presence and instead of embracing it, they fought against it.

We can see this same persecution come against us inside our own souls. Our spiritual enemy is constantly working against us as we attempt to grow closer to God. Whenever I teach on persecution, I always try to remind myself that there is an inner persecution as well as an outer. The devil had a grip on us and because of Jesus has lost it, so now he continues to fight to get us back. He gets in our head and twists the truth so we will lose heart and return to a life of sinfulness. Yet Jesus tells us that He has overcome these things and we must not lose heart. In John 16, Jesus encourages His disciples:

This is such a powerful message to remember because the devil will try to convince us otherwise. He will try to tell us that God has abandoned us and that He has not really overcome the evil in the world. Yet He has not only overcome the world, but has given us this victory so that we too may overcome the world instead of being overcome by its evil. A great way to determine where we stand in our relationship with God and our relationship with the world is how much persecution we are enduring. How much inner turmoil are we receiving from Satan? How much outer tribulation are we experiencing when we interact with others? Next we will be talking about being the salt and light of the world, where Jesus reveals that we are to shine upon the darkness. Maybe you aren’t shining your light into the dark places yet. Whatever is happening in your life right now, as a follower of Christ you should be revealing His Kingdom to all and it will result in persecution and tribulation. How much are you experiencing these days?