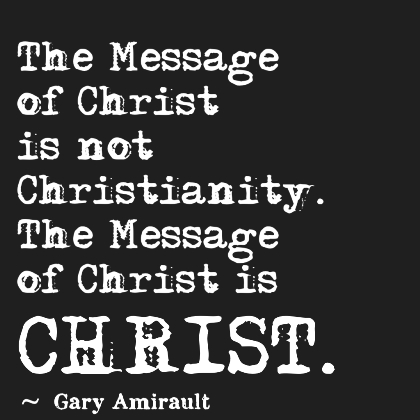 Acts 19:24-41
24 For a man named Demetrius, a silversmith, who made silver shrines of Artemis, was bringing no little business to the craftsmen; 25 these he gathered together with the workmen of similar trades, and said, “Men, you know that our prosperity depends upon this business. 26 “You see and hear that not only in Ephesus, but in almost all of Asia, this Paul has persuaded and turned away a considerable number of people, saying that gods made with hands are no gods at all. 27 “Not only is there danger that this trade of ours fall into disrepute, but also that the temple of the great goddess Artemis be regarded as worthless and that she whom all of Asia and the world worship will even be dethroned from her magnificence.” 28 When they heard this and were filled with rage, they began crying out, saying, “Great is Artemis of the Ephesians!” 29 The city was filled with the confusion, and they rushed with one accord into the theater, dragging along Gaius and Aristarchus, Paul’s traveling companions from Macedonia. 30 And when Paul wanted to go into the assembly, the disciples would not let him. 31 Also some of the Asiarchs who were friends of his sent to him and repeatedly urged him not to venture into the theater. 32 So then, some were shouting one thing and some another, for the assembly was in confusion and the majority did not know for what reason they had come together. 33 Some of the crowd concluded it was Alexander, since the Jews had put him forward; and having motioned with his hand, Alexander was intending to make a defense to the assembly. 34 But when they recognized that he was a Jew, a single outcry arose from them all as they shouted for about two hours, “Great is Artemis of the Ephesians!” 35 After quieting the crowd, the town clerk said, “Men of Ephesus, what man is there after all who does not know that the city of the Ephesians is guardian of the temple of the great Artemis and of the image which fell down from heaven? 36 “So, since these are undeniable facts, you ought to keep calm and to do nothing rash. 37 “For you have brought these men here who are neither robbers of temples nor blasphemers of our goddess. 38 “So then, if Demetrius and the craftsmen who are with him have a complaint against any man, the courts are in session and proconsuls are available; let them bring charges against one another. 39 “But if you want anything beyond this, it shall be settled in the lawful assembly. 40 “For indeed we are in danger of being accused of a riot in connection with today’s events, since there is no real cause for it, and in this connection we will be unable to account for this disorderly gathering.” 41 After saying this he dismissed the assembly.

Today’s is a lengthier passage than normal, but it is necessary to read it in entirety to get the bigger picture of what is happening here.  Right after Luke recorded that there “occurred no small disturbance concerning the Way,” he recorded this huge mob assembling in Ephesus.  Maybe what he was saying was that every time there was a disturbance concerning the Way, it was always a grand event.

What we see happening here is a worldly reaction to Christian conversion.  As people leave their idols and false gods, others begin to lose money.  Businessmen are always tied up in the making and losing of money; this is their job.  If they weren’t concerned about profits, they would be poor businessmen.  Demetrius was able to see the bigger picture of what was happening across the land thanks to Paul and his cohorts, convincing everyone to stop worshipping (and thus buying) idols and those who made their living off of selling them were losing out.  Not to get twisted up in terminology, the worldly view of these events is that Paul was convincing them to follow another god.  We know, however, that it was God using Paul to teach the Gospel and by hearing it, folks believed.  Regardless of the technicalities of how it was happening, people were losing business in Ephesus because of the Gospel of Christ.

As the businessmen banded together to make a statement and have the evangelists give an account for stealing their business, others joined the crowd to see what was going on.  Obviously this was something big!  Paul saw it as an opportunity to give an account of Christ to the masses but his companions feared for his life.  Let’s stop on this point and think about it.  We should be constantly working towards sharing the Gospel of Christ, the Good News of our salvation.  Should we let fear of death prevent us?  Certainly we should contemplate strategic evangelism and follow the timing of the Holy Spirit, but how often do we not share it because of fear?  Fear is the opposite of faith and with faith we share the Gospel.

As the crowd grows uneasy we see them trying to figure out why they are all there.  This is a wonderful application to how easy it is to follow the crowd without having an idea why you are following it.  The world operates this way.  Everyone wants to be a part of something big even if they don’t understand the point behind it (Christianity included).  As individuals, we should pay attention to whom we are following and why.  We shouldn’t just follow the “in crowd” because it seems like a good idea.  We should understand the decisions we are making before we make them.  This is why I constantly stress the importance of studying scripture and understanding what you are saying and doing before you just say, “I’m a Christian.”  Following Christ and identifying yourself as a child of God isn’t a popularity contest, it’s a complete change of life and an understanding of being born from above.

As the town clerk works at calming down the crowd (can you imagine 2 hours of chanting in the town theater?), we see a similarity of what occurred in Acts 5 in front of the religious council when the disciples were brought forward to be punished and told not to teach any more about Jesus.  Since the town clerk, however, was more focused on Artemis being recognized as a goddess instead of who Jesus is, his reasoning was the same as Gamaliel but from the other perspective.  Artemis was a renowned Greek goddess and it was known that her temple was located in Ephesus.  The clerk reasoned that Artemis was too great to be “dethroned” by this Jesus guy that Paul and his friends were talking about.  Here we are today seeing that many more worship Jesus than they do Artemis.

The clerk then calls the businessmen that if they had a valid legal complaint to bring the men before the courts to settle the matter.  Being an issue of simple supply and demand, the businessmen clearly had nothing to charge against them legitimately.  What we see here is a direct application of the Fruit of the Spirit.  In chapter 5 of Paul’s letter to Galatians, he talks about there being no law against the products of living by the Spirit:

22 But the fruit of the Spirit is love, joy, peace, patience, kindness, goodness, faithfulness, 23 gentleness, self-control; against such things there is no law. 24 Now those who belong to Christ Jesus have crucified the flesh with its passions and desires. 25 If we live by the Spirit, let us also walk by the Spirit. 26 Let us not become boastful, challenging one another, envying one another.

Notice how he ended it in verse 26?  The businessmen had become boastful, challenging, and envious of the Christian faith that was growing in Ephesus.  Their pride, money, and worldly stature were their focus.  They used the people’s love of Artemis to incite a mob.  Yet, because the Christians were walking by the Spirit and thus displaying the things mentioned above, nothing could be done against them legally and logically.  The Message of Christ will challenge the ways of the world.  Sometimes it will challenge others in a way that makes them stop and think about what they have heard.  Other times it will challenge their worldliness and make them “dig in” in order to try to preserve their current way of living and thinking.  Will you share it anyway?