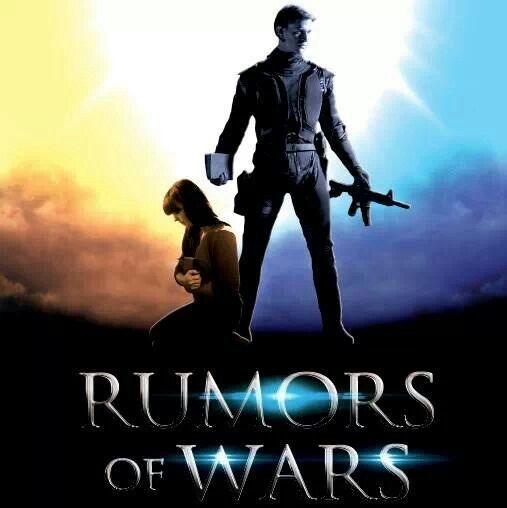 Mark 13:1-10
1 As He was going out of the temple, one of His disciples said to Him, “Teacher, behold what wonderful stones and what wonderful buildings!” 2 And Jesus said to him, “Do you see these great buildings? Not one stone will be left upon another which will not be torn down.” 3 As He was sitting on the Mount of Olives opposite the temple, Peter and James and John and Andrew were questioning Him privately, 4 “Tell us, when will these things be, and what will be the sign when all these things are going to be fulfilled?” 5 And Jesus began to say to them, “See to it that no one misleads you. 6 “Many will come in My name, saying, ‘I am He!’ and will mislead many. 7 “When you hear of wars and rumors of wars, do not be frightened; those things must take place; but that is not yet the end. 8 “For nation will rise up against nation, and kingdom against kingdom; there will be earthquakes in various places; there will also be famines. These things are merely the beginning of birth pangs. 9 “But be on your guard; for they will deliver you to the courts, and you will be flogged in the synagogues, and you will stand before governors and kings for My sake, as a testimony to them. 10 “The gospel must first be preached to all the nations.

Many Christians today when reading this passage take a look around and say, “Look, we are in the end days!” Yes, we are, but we have been for a long time. Jesus said these are just the birth pangs, revealing that it is only the beginning of what is to come. Wars, rumor of wars, earthquakes, and catastrophes continue as the world seemingly falls apart around us as nation rises against nation. The world is suffering from famines and we continue to focus on the negative aspects of what is happening with a humanistic worldview instead of a Kingdom mindset. We forget what Jesus says in verse 10. We become enamored with war, matching up these texts of prediction and try to match the prophecies with current events. Can you imagine the Christian mindset during the Holocaust? It seemed like someone was rising out of the east as the Antichrist, yet we are still here. Sometimes it causes us to question the prophecies and we get into the postmillennial and pretribulation debate as to when we are to be raptured.  We stay focused on predicting the future instead of working in the present. Jesus said that the world will not end and He will not return until the gospel is first preached to all nations. So why are we looking ahead and up instead of around us?

We have allowed this worldly mindset permeate our thinking and outlook on the world. I have caught myself looking around and wondering at the prophecies. I have said, “Lord, when is enough enough? Can’t you come back already?” The answer is a silent resounding no. No, because we haven’t done our part. We haven’t preached to the ends of the earth. Jesus said in the Great Commission found in Matthew 28:

How far to the reaches of the earth have we done this? We beg for relief from persecution, from death, from disease and pain and suffering but we don’t comply with what He said. Once we teach the good news of God’s Kingdom to all the ends of the earth and continue to work in making disciples of all nations, there will be no relief. We have the key! We just refuse to put it into the lock and open the door. Or maybe we are working in this, but are we doing enough? Have we dedicated our all to this commission or do we only do it when it is convenient for us?

In missions organizations and schools we quote parts of these verses “to all the nations,” and “ends of the earth,” but do we fully grasp what that means? Do we wholly understand how important it is? Do we comprehend that this is the charge for EVERY Christian? We have grown lazy and weary. In two letters the Apostle Paul encouraged his readers (that includes us) in not growing weary, but to recognize that although the task is hard (and even though Jesus said He will be with us until the very end), we must push on towards the goal that we have been commissioned to achieve. In Galatians 6, Paul tells them that the teachings of Christ are to be passed on and used to edify the body of believers to strengthen and motivate us to keep working:

6 The one who is taught the word is to share all good things with the one who teaches him. 7 Do not be deceived, God is not mocked; for whatever a man sows, this he will also reap. 8 For the one who sows to his own flesh will from the flesh reap corruption, but the one who sows to the Spirit will from the Spirit reap eternal life. 9 Let us not lose heart in doing good, for in due time we will reap if we do not grow weary. 10 So then, while we have opportunity, let us do good to all people, and especially to those who are of the household of the faith.

Later, in his second letter to the Thessalonians, he gives the same motivation but this time from the aspect of being careful not to slow down or lose heart like some around them have:

11 For we hear that some among you are leading an undisciplined life, doing no work at all, but acting like busybodies. 12 Now such persons we command and exhort in the Lord Jesus Christ to work in quiet fashion and eat their own bread. 13 But as for you, brethren, do not grow weary of doing good. 14 If anyone does not obey our instruction in this letter, take special note of that person and do not associate with him, so that he will be put to shame. 15 Yet do not regard him as an enemy, but admonish him as a brother. 16 Now may the Lord of peace Himself continually grant you peace in every circumstance. The Lord be with you all!

When we begin to grow weary because it seems like the odds are against us, let us not forget that even though the world may be against us, Jesus is with us. Do not fall into the same trap as you see some around you backsliding and falling out of step, just because they have grown tired. Help a brother or sister out and give them a hand if needed, but if they refuse the help, keep marching on. Love them anyway, but recognize that their actions are not consistent with what our mission is. We fall away and give up too easily but we have no excuse! Jesus is with us in whatever we need to accomplish the mission. So why then have we ignored the call or slowed down in the work He has given us to do? Let’s quit complaining about the world falling apart and instead work towards His return. Stop looking to the sky for Him coming back and let’s work harder so He can! We think we are going to miss something, but actually we are missing the point entirely. It’s not about waiting for His return it’s about paving the way for His return. Think about what transpired when Jesus ascended into heaven in Acts 1:

6 So when they had come together, they were asking Him, saying, “Lord, is it at this time You are restoring the kingdom to Israel?” 7 He said to them, “It is not for you to know times or epochs which the Father has fixed by His own authority; 8 but you will receive power when the Holy Spirit has come upon you; and you shall be My witnesses both in Jerusalem, and in all Judea and Samaria, and even to the remotest part of the earth.” 9 And after He had said these things, He was lifted up while they were looking on, and a cloud received Him out of their sight. 10 And as they were gazing intently into the sky while He was going, behold, two men in white clothing stood beside them. 11 They also said, “Men of Galilee, why do you stand looking into the sky? This Jesus, who has been taken up from you into heaven, will come in just the same way as you have watched Him go into heaven.”

We’ve adopted the same kind of attitude the disciples had on that day, just wondering if “now” is the time. Jesus’ response was, “look, I’ve told you to go and preach the Gospel of the Kingdom of God to the ends of the earth first.” Then, the angels had to repeat, “Why are you standing here wasting time? Go! Don’t worry, He will be back.”

What are you waiting for?