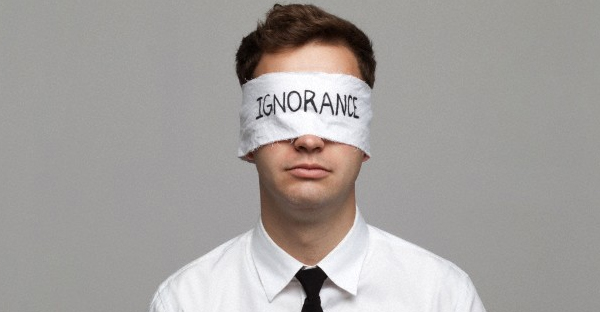 Acts 24:23-27
23 He ordered the centurion to keep Paul under guard but to give him some freedom and permit his friends to take care of his needs. 24 Several days later Felix came with his wife Drusilla, who was a Jewess. He sent for Paul and listened to him as he spoke about faith in Christ Jesus. 25 As Paul discoursed on righteousness, self-control and the judgment to come, Felix was afraid and said, “That’s enough for now! You may leave. When I find it convenient, I will send for you.” 26 At the same time he was hoping that Paul would offer him a bribe, so he sent for him frequently and talked with him. 27 When two years had passed, Felix was succeeded by Porcius Festus, but because Felix wanted to grant a favor to the Jews, he left Paul in prison.

How do you react to hearing God’s message?  Even as Christians we stay away from some subjects because it exposes our iniquities.  Our actions, thoughts, and attitudes about certain things have been more influenced by our surroundings and selfishness than God’s will and design so instead of confronting these issues in our lives we avoid them.  How cowardly is this?  I think it is worse for those of us who claim to be followers of Christ (the meaning of “Christian”) as opposed to those who don’t know any better.  Certainly, nonbelievers might have a similar reaction as Felix did, but at least they aren’t proclaiming to be something they are not.  Felix told Paul to go away until it was convenient.  How often do we opt for convenience instead of growth?  Our societal mentality of “play now, work later” has made us lazy, cowardly, and regressing in spirituality.

I have had others tell me, “I’m not ready for all that God stuff, let me take care of this and that first and then I will start (reading the bible, going to church, etc.)”  How convenient that we can put the God of the universe on hold until we feel like it!  Unfortunately we have accepted the notion that God is someone you have to work towards, be good enough for, or that isn’t very important for our daily lives.  Our individualism and selfish desires have given us the mindset that it really doesn’t matter.  “Spiritual growth is just for people who have extra time to think for themselves or are struggling in life and need something to grasp to for hope.”  Our ignorance won’t save us.  I’m not even talking about the eternal salvation nor am I trying to preach slivers of the prosperity gospel.  I’m talking about living free today instead of living with the burden of sinfulness.  Whether you recognize it or not, if you are not living in the full freedom of the Spirit of Christ, you are living in bondage.  This is the very message Paul was teaching to Felix that wasn’t convenient for him.

Exploring the spiritual realm is a scary thing for us (even if we won’t admit it).  It’s an unknown and unnatural playing field that we seem to know very little about.  We generally ignore it and scoff at those who claim to have even the smallest understanding of it.  We ignore its implications and refuse to fully believe any documentation of it that says otherwise.  “But, I do believe in the Holy Spirit…” you might be thinking.  When was the last time you relied on the Spirit of God?  Our natural body and mind cannot fully grasp the concept so instead of exploring it we shut down and ignore it to protect ourselves.  We might read the bible, understand what it says, and even say we believe every word of it, but we rarely live as though this is the case.

How can you better rely on the Holy Spirit today?  In what areas have you been ignoring God’s Word because it is inconvenient for your current way of living?  How are you conforming more to the world instead of God’s Kingdom?