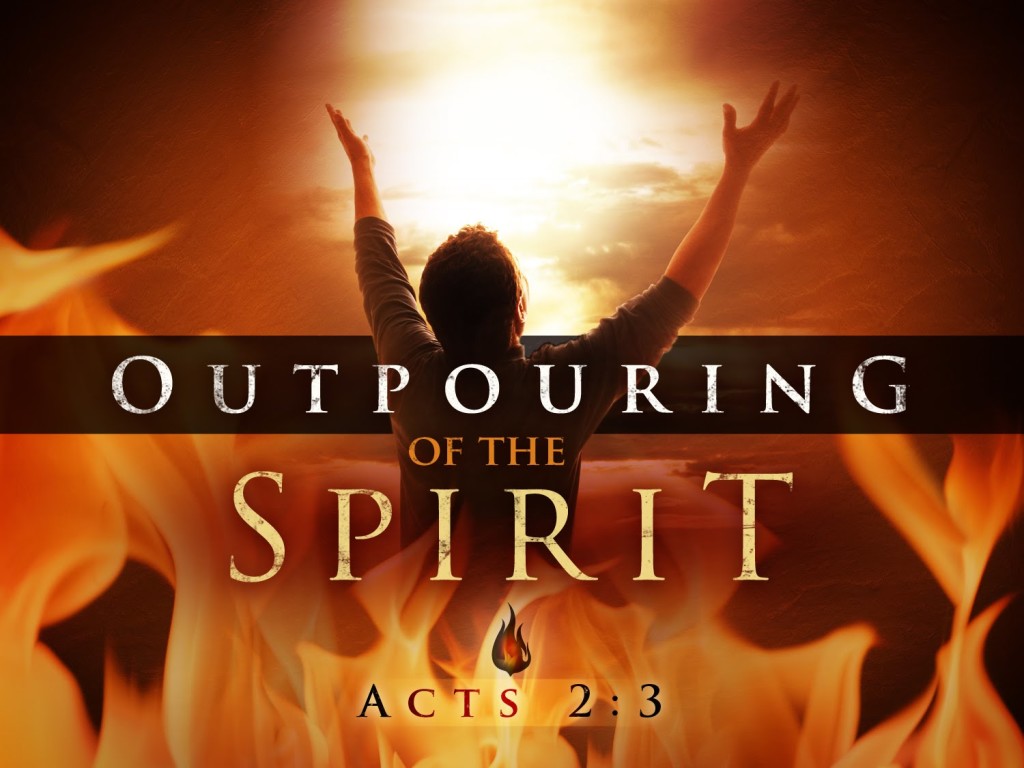 Acts 2:1-15
1 When the day of Pentecost had come, they were all together in one place. 2 And suddenly there came from heaven a noise like a violent rushing wind, and it filled the whole house where they were sitting. 3 And there appeared to them tongues as of fire distributing themselves, and they rested on each one of them. 4 And they were all filled with the Holy Spirit and began to speak with other tongues, as the Spirit was giving them utterance. 5 Now there were Jews living in Jerusalem, devout men from every nation under heaven. 6 And when this sound occurred, the crowd came together, and were bewildered because each one of them was hearing them speak in his own language. 7 They were amazed and astonished, saying, “Why, are not all these who are speaking Galileans? 8 “And how is it that we each hear them in our own language to which we were born? 9 “Parthians and Medes and Elamites, and residents of Mesopotamia, Judea and Cappadocia, Pontus and Asia, 10 Phrygia and Pamphylia, Egypt and the districts of Libya around Cyrene, and visitors from Rome, both Jews and proselytes, 11 Cretans and Arabs -we hear them in our own tongues speaking of the mighty deeds of God.” 12 And they all continued in amazement and great perplexity, saying to one another, “What does this mean?” 13 But others were mocking and saying, “They are full of sweet wine.” 14 But Peter, taking his stand with the eleven, raised his voice and declared to them: “Men of Judea and all you who live in Jerusalem, let this be known to you and give heed to my words. 15 “For these men are not drunk, as you suppose, for it is only the third hour of the day;

It has always intrigued me how the word “Pentecost” is used in today’s church language.  The truth is that Pentecost is the Greek word used to describe the Jewish Festival of Weeks, which has been happening since Jewish custom was established by God through Moses to the Jews in the desert.  It was designed to be a celebration and time of thanks to God for the wheat harvest.  How appropriate since the pouring out of the spirit is when the harvest of believers began.

Something that has bothered me for as long as I have been reading about it in the bible is that some people believe that the scene here on the day of Pentecost is the only way we know that the Holy Spirit is in us.  As I mentioned in my post about speaking in tongues, the Apostle Paul noted that speaking in tongues is but “a” manifestation of the Holy Spirit and not all people possess this gift.  Furthermore, he notes that people should strive for the gift of prophecy and knowledge before tongues.

The manifestation of the Holy Spirit is one that is unexplainable in merely human perspective.  This is why everyone was bewildered at the event and some tried coming up with reasons as to why it was happening (they must be drunk).  As control freaks, we humans don’t usually like experiencing something unexplainable.  We try to find out how and why something is happening such as this.  Our unbelief in the spiritual realm prohibits us from accepting the true explanation; instead we fall back on what we think we know instead of realizing we don’t know everything.

Why can’t we accept the existence of the spiritual realm?  Why don’t we try to understand that our explanation could be wrong?  This applies to everyone: not just nonbelievers, but believers alike.  We must make our minds and hearts vulnerable to the uncertainty of life and the chance that we don’t have all the answers.  It is when we accept this that we will be able to understand core truths of the universe and grow closer to freedom of mind.  The Bill Nye and Ken Ham debate exemplified this by showing how both sides of a topic were so sure of their theories and convinced that they were right that neither took the opportunity to listen to the other side to understand the truth they were speaking.  We get so caught up in trying to prove the “either or” argument that we forget that the answer could be “both and” (my pastor would be proud).

How often do you limit your understanding of what is happening by refusing to believe that something could be possible?