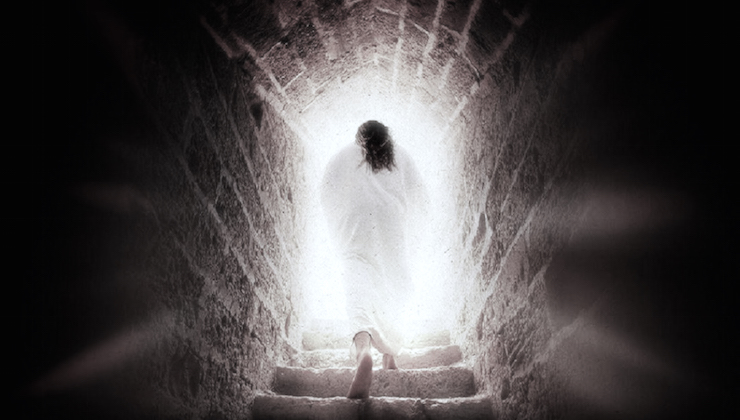 Matthew 28:11-15
11 Now while they were on their way, some of the guard came into the city and reported to the chief priests all that had happened. 12 And when they had assembled with the elders and consulted together, they gave a large sum of money to the soldiers, 13 and said, “You are to say, ‘His disciples came by night and stole Him away while we were asleep.’ 14 “And if this should come to the governor’s ears, we will win him over and keep you out of trouble.” 15 And they took the money and did as they had been instructed; and this story was widely spread among the Jews, and is to this day.

I can’t say that I have spoken to any practicing Jews on this topic.  Even if I did it wouldn’t matter a whole lot since I’m sure there are different stories of how they reconcile Jesus’ disappearance from the tomb, just as different Christians interpret the bible differently.  This really isn’t the point; the point in us knowing this tidbit of history is that the Jewish leaders continued to be fearful of preserving their own religion and thwarting this rising movement before it got “out of control”.  Little did they know that it was out of their control anyway.

In watching The Last Temptation of Christ a friend pointed out to me how towards the end Jesus confronts the Apostle Paul teaching about this resurrected Jesus (in the scheme of the movie at this point, Jesus hadn’t died, so He couldn’t have been resurrected) and He asks Paul how he knows of this resurrected Jesus and that He, in fact, was this Jesus he was preaching about.  Paul begins to tell Jesus that he doesn’t care who He is, and that if he has to will kill Him and resurrect Him himself just to preserve the Christian movement.  Some folks might take offense at the idea that Christianity is just a movement spurned on by a good story.  The question is: are we driven by the movement or are we driven by the truth?

Indeed, none of us can go back and sit in front of Jesus’ tomb on Easter morning and wait to see if He will come out.  Then again He isn’t quite Punxsutawney Phil, either.  However, we need to evaluate the basis of our own faith, why it is so important to us, and what we base it upon.  I’ve also recently been debating the existence or non-existence of supernatural gifts and miracles with someone on a Christian forum.  Their stance has been “have you met the Apostles and seen them perform these miracles?”  Of course I haven’t.  But what about those who came after them?  They lived with Jesus and then shared not only the stories, but the teachings and gifts of the Spirit.  In fact, they didn’t even fully know the supernatural gifts themselves until after Jesus ascended and they sat around waiting for this gift that He said would come.  I’m sure they were just as surprised and overwhelmed as the Holy Spirit poured Himself out as everyone else was (See Acts 2). This person hasn’t experienced any of these things and therefore is convinced they died with the original Apostles.  I have experienced them and of course do not believe what he does.  Jesus warned against close-mindedness before He was crucified and told His disciples not to believe everything they hear but to believe in what they have learned through experience.

If we just read the bible and allow it to simply convince us that it is true, we are creating a false foundation for our faith.  Some of you reading this might balk at what I said, but follow me on this one.  The bible gives us a foundation of man’s relationship with God.  It tells the story, it teaches us how we can relate to God and how He relates to us.  We even learn of some things that are to come in the future.  But if we read it only as a history book, then all we have is a head full of knowledge.  It is no different than the story of these guards who were paid off by the religious elite to tell a story to the Jews of what had happened.  The awesome thing about what is told in the bible is that it gives us things to test.  Jesus specifically teaches principles (and His disciples write applicable lessons to reinforce them) that we can actually apply to our lives and live out to see if they are true or not.  We can actually put these principles to the test and experience them for ourselves!  This is why some modern day Christians talk about Christianity being about a relationship not a religion. Religion is about practicing rituals because we grew up being told it’s what we should do.  Our relationship with God is about responding to our interactions with Him as a result of the veil being torn on Good Friday.

In my previous post I talked about recognizing our own resurrection as a result of Christ and the new life He has created for us to live.  It is not a ritualistic idea we have to preserve for fear of losing our religious identity (as we see the chief priests and elders doing).  It is about living a life in the Kingdom of God as an ongoing experience with our creator!  We all have different experiences and this is in part by design and in part by our own willingness and desire to experience communion with the Living God and Creator of all things.  What’s more important to you: your religion or your relationship with Him?