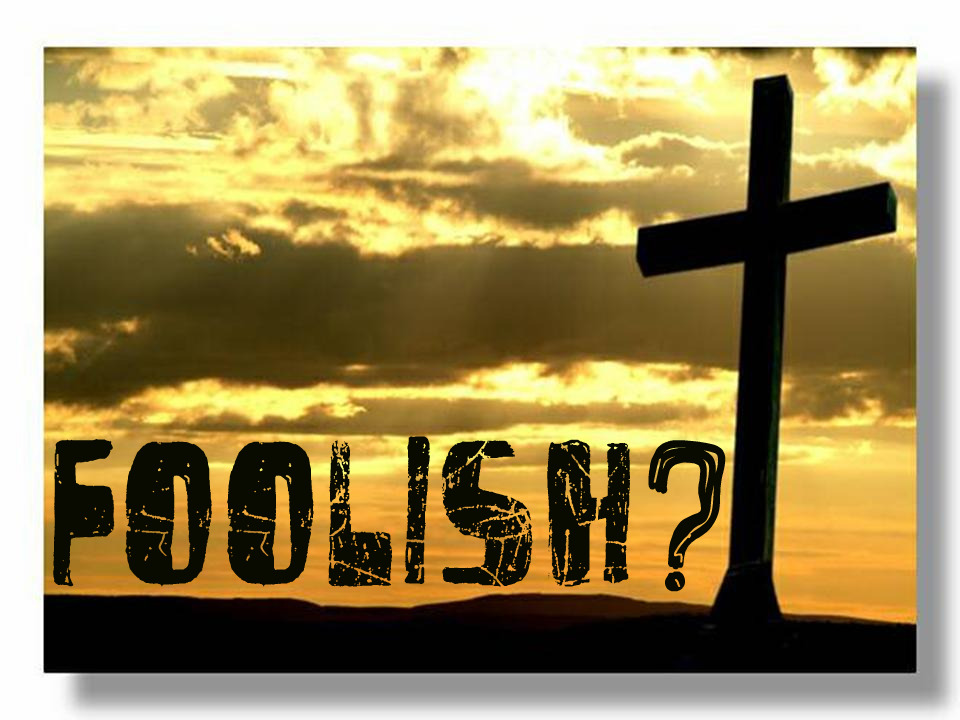 “The Kingdom of God is upside-down in relation to the rest of the world.”  My pastor reminds us of this continually to better orient our perspective of things.  For me, it has helped me many times recognize the way of the Kingdom of God in comparison to the ways of this world.  It helps me in decision-making: is this how the world would do it?  How would God want me to behave in this situation?  Solomon talked a lot about foolishness and vanity; nothing is new under the sun, even wisdom.  As humans we tend to make our knowledge and human wisdom our god and furthermore we use it as an excuse to fight against God; who is the source of all wisdom and knowledge.  But God has chosen the foolish things of the world to shame the wise.

18 For the word of the cross is foolishness to those who are perishing, but to us who are being saved it is the power of God. 19 For it is written, “I will destroy the wisdom of the wise, And the cleverness of the clever I will set aside.” 20 Where is the wise man? Where is the scribe? Where is the debater of this age? Has not God made foolish the wisdom of the world? 21 For since in the wisdom of God the world through its wisdom did not come to know God, God was well-pleased through the foolishness of the message preached to save those who believe. 22 For indeed Jews ask for signs and Greeks search for wisdom; 23 but we preach Christ crucified, to Jews a stumbling block and to Gentiles foolishness, 24 but to those who are the called, both Jews and Greeks, Christ the power of God and the wisdom of God. 25 Because the foolishness of God is wiser than men, and the weakness of God is stronger than men. 26 For consider your calling, brethren, that there were not many wise according to the flesh, not many mighty, not many noble; 27 but God has chosen the foolish things of the world to shame the wise, and God has chosen the weak things of the world to shame the things which are strong, 28 and the base things of the world and the despised God has chosen, the things that are not, so that He may nullify the things that are, 29 so that no man may boast before God.

I have talked to some people who do not believe in God.  Our conversations have revolved around the difference between my belief and their unbelief.  While I have not been able to find definite tangible reason as to why they don’t believe, they also have not been able to explain to me why I do believe.  While there certainly can be prejudicial suppositions about this difference, the truth is that nobody can explain it in human terms.  I’ve tested my beliefs and continue to do so (which I why I publish this publicly to be tested by readers).  This is the evidence of human wisdom and knowledge that is confounded by God.  Paul said it a little differently in Ephesians 2, 8 For by grace you have been saved through faith; and that not of yourselves, it is the gift of God; 9 not as a result of works, so that no one may boast.

Unbelief is something God uses for His plan.  As Christians, we don’t want to accept this, but the truth is that the opening of spiritual eyes and the softening of hearts is done by God alone.  We can look back to the story of Moses and his showdown with the Pharaoh of Egypt at the time and we see God telling Moses that he will harden the heart of Pharaoh to prove the glory and faithfulness of God.  Those who don’t want to see the stern and difficult side of God tend to avoid this topic because it stains our (human) idea of God and reveals who He really is.  Some people don’t like this about God.  Some don’t agree with it or otherwise consider it cruel.  Whether we like it or not, it is what it is.  We cannot change it.  We do, however, have the opportunity to trust God’s will and plan.

It also stands to be mentioned that those of us whose eyes are open should not squander this gift.  We were saved for purpose, which should not be wasted.  It would be as though someone gives you a gift and you merely throw it away as if someone saved you from a sudden and terrible death and the next day you committed suicide.  This is Paul’s point at the end of this passage; that we should recognize the importance of us knowing and believing the sovereignty of God and His gift to us so that we make good use of that belief.

I have read articles concerning the existence of God and that because there exists certain elements in this current world: rape, murder, child malnourishment, political scandal, violent crime and abuse, the list goes on…that it proves either the nonexistence of God or that we should ignore His existence because He lets these things happen.  This is the foolishness that Paul is describing.  They are seeing the situation from a merely physical perspective and are missing the spiritual element.  Instead of reading the bible for what it says, they are merely listening to the cut and paste theology of men.  In other words, it is the supposed wisdom of men that is being relied upon instead of the true wisdom of God.  Paul said, Where is the wise man? Where is the scribe? Where is the debater of this age? Has not God made foolish the wisdom of the world? The supposed wisdom of men doesn’t compare to the overall wisdom of God.  It’s like a frog trying to discredit the existence of airplanes, “I’ve heard of them but people are still walking on the ground, therefore they do not exist or they don’t do their job very well.”  I’ve explained our problem with this approach in my article on Science vs. God; that we cannot quantify supernatural and spiritual matters with a finite system of measure, its counterintuitive.  This is why the wisdom of men is confounded by the truth of God, because they are looking in all the wrong places.

So why do we even have these arguments?  They usually end without conclusion because they are two different topics altogether!  The nonbelievers think the believers are idiots for wasting their lives and time and the believers think that the nonbelievers are too proud to recognize the existence of God.  Here, however, we see that it is all in the plan.  Why do we as believers get all strung out?  Tomorrow we will look at the futility of trying to convince or trick someone into believing, but as the pretext, let us contemplate the sovereignty of God’s will and how pointless it is to fight against it in the first place!

2 thoughts on “The Foolishness of the Cross”