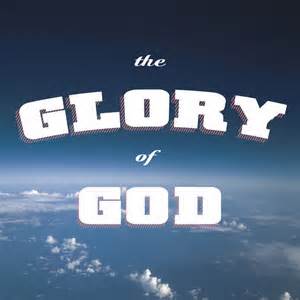 Paul uses a comparison with Moses and The Mosaic Law to explain the Glory of Christ.

7 But if the ministry of death, in letters engraved on stones, came with glory, so that the sons of Israel could not look intently at the face of Moses because of the glory of his face, fading as it was, 8 how will the ministry of the Spirit fail to be even more with glory? 9 For if the ministry of condemnation has glory, much more does the ministry of righteousness abound in glory. 10 For indeed what had glory, in this case has no glory because of the glory that surpasses it. 11 For if that which fades away was with glory, much more that which remains is in glory. 12 Therefore having such a hope, we use great boldness in our speech, 13 and are not like Moses, who used to put a veil over his face so that the sons of Israel would not look intently at the end of what was fading away. 14 But their minds were hardened; for until this very day at the reading of the old covenant the same veil remains unlifted, because it is removed in Christ. 15 But to this day whenever Moses is read, a veil lies over their heart; 16 but whenever a person turns to the Lord, the veil is taken away. 17 Now the Lord is the Spirit, and where the Spirit of the Lord is, there is liberty. 18 But we all, with unveiled face, beholding as in a mirror the glory of the Lord, are being transformed into the same image from glory to glory, just as from the Lord, the Spirit.

When Moses received the commandments from God on Mt. Sinai, he descended with them engraved on tablets of stone and since he had been in the presence of God, his face shone.  The people were afraid because of it so they put a veil over his face.  It was only today that I realized that whenever we see a picture of the 10 Commandments inscribed on stone tablets, they look like headstones, don’t they?  Regardless of the resemblance, Paul’s point is clear: The Holy Law of God didn’t make Israel (or anyone else for that matter) holy even thought The Law itself is holy.  They might have been able to keep most of the ordinances, but just like the holiness on Moses’ face, it faded.  We have died to The Law.  We are dead by The Law.  However we are saved and reborn by The Spirit.

Paul is finishing his point here about worthiness; it isn’t about how good of people we are, rather how gracious God is to us.  It is very important for us to understand the purpose of The Law, to show us how imperfect we are and its implications, in order to fully appreciate the power of God’s grace.  In trying to be “good enough” and “earn our way” by God’s standard, we fail miserably.  But, He loves us so much that He made a way through Christ’s sacrifice AND He imparted upon us the Holy Spirit to guide our ways in holiness.  He gave us a way to not only enter into a relationship with Him, but also to continue that way and be transformed to His will.  Now we get to live in His presence, have a relationship with Him, and be His glory.  Our purpose is to honor and glorify God in the special ways He designed us to.