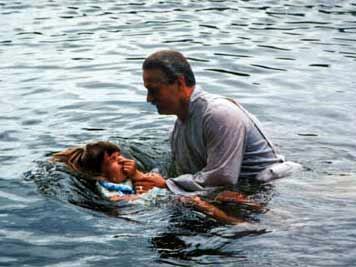 Acts 16:13-15
13 And on the Sabbath day we went outside the gate to a riverside, where we were supposing that there would be a place of prayer; and we sat down and began speaking to the women who had assembled. 14 A woman named Lydia, from the city of Thyatira, a seller of purple fabrics, a worshiper of God, was listening; and the Lord opened her heart to respond to the things spoken by Paul. 15 And when she and her household had been baptized, she urged us, saying, “If you have judged me to be faithful to the Lord, come into my house and stay.” And she prevailed upon us.

In Jewish tradition, 10 Jewish men must exist in a city to build a tabernacle.  It is obvious here that the majority of Jews in Philippi were women as they did not have a synagogue to pray and worship God in.  Instead, they went outside the city limits to gather each Saturday.  Notice also that Lydia was the first convert in this town, where the Church at Philippi started to which Paul later wrote (The Letter to the Philippians).

It is easy for us to forget and likewise even more important to remember that conversion isn’t up to us.  At the end of verse 14, we see Luke record that the Lord opened her heart to respond.  How often do we try to be crafty and convincing in our speech for someone to understand the salvation of God and get frustrated when they don’t believe, as if we failed in some way?  Sometimes we get frustrated at the person we are trying to convince because it seems as though they refuse to see and believe like we have.  We continue to think it is about us humans and forget it is all about God.

It is interesting to also note that Lydia, before her conversion, was known as a “worshipper of God,” yet was she really since she hadn’t heard the gospel?  David Platt spoke on this at Southeastern Seminary (video clip included below).  Sometimes we can recognize the existence of God and His worthiness to be worshipped but we might not realize that He is an up close and personal God who wants to be intimately involved in our lives.  The Jewish tradition offers a way of living to please God by trying to be good enough (which we know is impossible) for fear of eternal condemnation.

Yesterday I watched a video talking about the word “fear” of God, that discussed He certainly should be feared and He is every time He presents Himself to a human in the bible.  Yet at the same time He restores us and calls us His children.  This is where Lydia was before Paul showed up and told her the Good News: that she no longer had to fear God.  She was so happy about receiving this news that she practically forced them to stay the night in her house as a token of thanks for bringing this Good News to her.

Let us also take notice to the result of just one woman hearing the News; she and her household had been baptized.  The final step of conversion is public baptism as a start of our new lives as followers of Christ.  Lydia was the first to hear the News but as a result her whole family believed!  This not only stresses the importance of reaching anyone you can, but also the gravity of being the sole believer in a household.  Lydia’s testimony to her family was what God used to open their hearts as well.

As we continue to take control and put God in a little box, we continue to see how much He doesn’t conform to our ways of doing things.  If God were containable, He wouldn’t be God; He would be a manmade idol worthless of worshipping.  We see He isn’t that, but in fact the exact opposite.  Even people and spirits who don’t worship Him recognize who He is (but we will get into that tomorrow).