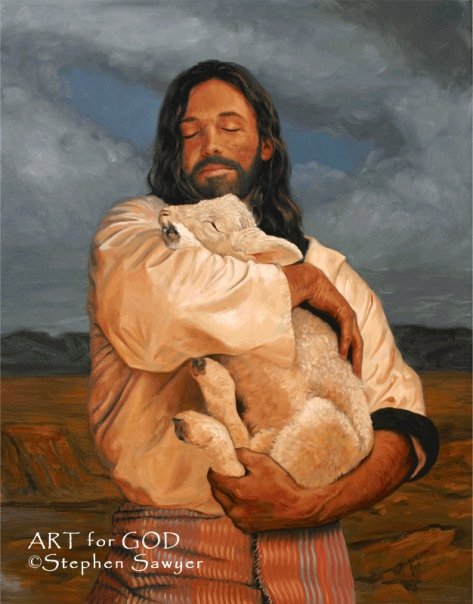 What does it mean to be a good shepherd? Are you a sheep in His fold?

John 10:10-15
10 The thief comes only to steal and kill and destroy; I came that they may have life, and have it abundantly. 11 “ I am the good shepherd; the good shepherd lays down His life for the sheep. 12 He who is a hired hand, and not a shepherd, who is not the owner of the sheep, sees the wolf coming, and leaves the sheep and flees, and the wolf snatches them and scatters them. 13 He flees because he is a hired hand and is not concerned about the sheep. 14 I am the good shepherd, and I know My own and My own know Me, 15 even as the Father knows Me and I know the Father; and I lay down My life for the sheep.

Jesus is detailing the difference between Himself and the thieves He has mentioned. Don’t you find it interesting that He is not only the doorkeeper into the fold, but also the Good Shepherd as well? It would be easy to say that something is wrong with the story. There must be a typo or maybe John was sniffing glue when He wrote the account of this story by Jesus. Maybe Jesus was a lunatic…the Truth, however, is that Jesus is God, which is why He is more than one. God is more than we could ever imagine. Does that sound like a fairy tale, too good to be true? Certainly, in our human minds and comparing it to what we know by the standards of human life, it certainly is. That’s the point. God isn’t of this world and neither are the things He does!

Jesus compares being a shepherd to a hired hand: one who is simply there to help. The hired hand is not there for the love of the sheep or the benefit of the flock. The hired hand is there to make money, which is why he is hired. Do we notice that Jesus does not condemn the actions of the hired hand? It is not that his actions are good or bad, rather they are to be expected because of his position. It isn’t up to him to lay down his life for the flock, just help out a bit. I think too often we judge others (or maybe its just me) for being the hired hand. In this metaphor, who hired the hired hand in the first place? Jesus (God) did.

The last verse in this passage seems out of place, doesn’t it? We are talking about sheep and shepherds and al of a sudden, Jesus has to bring His dad into the mix. I have discovered that these “weird” additions into the scriptures are a flag. They indicate a higher meaning than just a cool story. This is the turning point where Jesus indicates to us that He isn’t talking about shepherding, but rather His relationship with us and God the Father.

Do you have this intimate relationship with Jesus? Do you rely on Him for your safety and security or are you reliant upon the hired hand who will flee at the sign of danger? 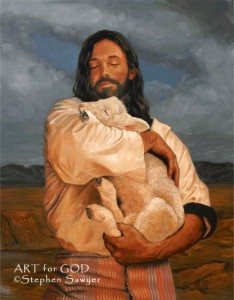 Psalm 23
The Lord is my shepherd,
I shall not want.
2 He makes me lie down in green pastures;
He leads me beside quiet waters.
3 He restores my soul;
He guides me in the paths of righteousness
For His name’s sake.
4 Even though I walk through the valley of the shadow of death,
I fear no evil, for You are with me;
Your rod and Your staff, they comfort me.
5 You prepare a table before me in the presence of my enemies;
You have anointed my head with oil;
My cup overflows.
6 Surely goodness and lovingkindness will follow me all the days of my life,
And I will dwell in the house of the Lord forever.

1 thought on “The Good Shepherd”