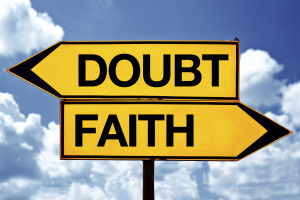 Today we will look at all the details of what was happening just before Jesus decreed His charge over the disciples.  Verse 16 starts with the word “but” indicating that the disciples were doing something different than the group mentioned before them.  If you remember, the chief priests paid some soldiers to spread rumors that the disciples had stolen Jesus out of the tomb.  But this is what the disciples did.

As far as I can see, the bible doesn’t specify exactly where in Galilee this mountain was since there are a few which Jesus used throughout His ministry, however this mountain is generally thought to be Mount Tabor.  Regardless of the exact location, it doesn’t matter.  Maybe it was a secret meeting place Jesus had with the disciples and that is why nobody wrote down the exact location.  Or maybe it isn’t recorded on purpose so that it doesn’t become a designated “holy place”.  In Acts 1 we find Jesus and the disciples on the Mount of Olives for His ascension.  Generally, it is thought that He ascended right after giving His commission, but what Luke records in Acts and what Matthew records here are two different things, which indicates that His commissioning and His ascension did not happen right at the same time.  What is interesting though is what happened once they got there.

Let’s go to some of what John recorded about what happened after Jesus’ resurrection and before His ascension in chapter 20:

24 But Thomas, one of the twelve, called Didymus, was not with them when Jesus came. 25 So the other disciples were saying to him, “We have seen the Lord!” But he said to them, “Unless I see in His hands the imprint of the nails, and put my finger into the place of the nails, and put my hand into His side, I will not believe.” 26 After eight days His disciples were again inside, and Thomas with them. Jesus came, the doors having been shut, and stood in their midst and said, “Peace be with you.” 27 Then He said to Thomas, “Reach here with your finger, and see My hands; and reach here your hand and put it into My side; and do not be unbelieving, but believing.” 28 Thomas answered and said to Him, “My Lord and my God!” 29 Jesus said to him, “Because you have seen Me, have you believed? Blessed are they who did not see, and yet believed.”

In reading the stories of Jesus and believing them, it is difficult for us to fully identify with Thomas, but if we are completely honest with ourselves, we can recognize that we all live with a bit of doubt about the truth in Jesus’ words and teachings.  It’s simple for us to read a story and say, “sure, I believe that,” but how does it look when we apply it to our lives?  How many times have we talked about our faith yet never once tried to move a mountain?  Thomas might have had his doubts but at least he was honest.  Jesus gave him what he needed to believe.  Maybe if we were more honest with ourselves and God about our own level of faith, He would give us more of it. 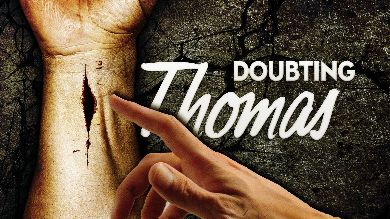 Out of the 11 that stood the test of faith through Jesus’ death, burial, and resurrection we see in Matthew’s account that some worshipped Him fully as God and recognized His deity while others stood in doubt.  Jesus spent much time with them throughout those 3 years of ministry.  He taught them and foretold them all of these things before they happened so that when the time came, they would believe.  Would you have fully believed?  Would you recognize Jesus as God incarnate after all of this?  Or do you still doubt in some areas of your life?