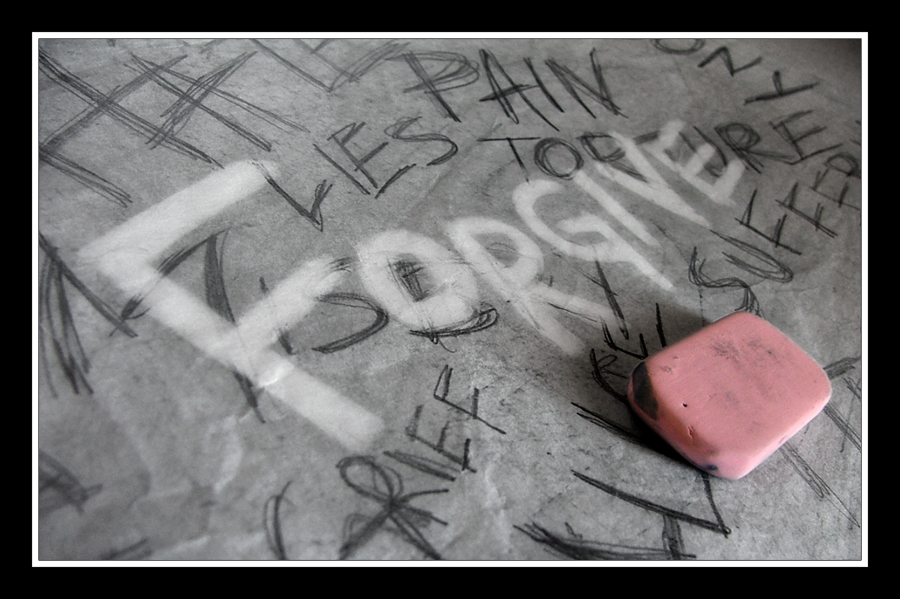 Matthew 18:21-35
21 Then Peter came and said to Him, “Lord, how often shall my brother sin against me and I forgive him? Up to seven times?” 22 Jesus said to him, “I do not say to you, up to seven times, but up to seventy times seven. 23 “For this reason the kingdom of heaven may be compared to a king who wished to settle accounts with his slaves. 24 “When he had begun to settle them, one who owed him ten thousand talents was brought to him. 25 “But since he did not have the means to repay, his lord commanded him to be sold, along with his wife and children and all that he had, and repayment to be made. 26 “So the slave fell to the ground and prostrated himself before him, saying, ‘Have patience with me and I will repay you everything.’ 27 “And the lord of that slave felt compassion and released him and forgave him the debt. 28 “But that slave went out and found one of his fellow slaves who owed him a hundred denarii; and he seized him and began to choke him, saying, ‘Pay back what you owe.’ 29 “So his fellow slave fell to the ground and began to plead with him, saying, ‘Have patience with me and I will repay you.’ 30 “But he was unwilling and went and threw him in prison until he should pay back what was owed. 31 “So when his fellow slaves saw what had happened, they were deeply grieved and came and reported to their lord all that had happened. 32 “Then summoning him, his lord said to him, ‘You wicked slave, I forgave you all that debt because you pleaded with me. 33 ‘Should you not also have had mercy on your fellow slave, in the same way that I had mercy on you?’ 34 “And his lord, moved with anger, handed him over to the torturers until he should repay all that was owed him. 35 “My heavenly Father will also do the same to you, if each of you does not forgive his brother from your heart.”

This is a well known passage but not a very well heeded one.  Jesus teaches us a Kingdom principle that is paramount to our ability to walk in God’s presence.  Forgiveness is not an option, it is a commandment.  Consider what Jesus said back in Matthew 6:

12 ‘And forgive us our debts, as we also have forgiven our debtors. 13 ‘And do not lead us into temptation, but deliver us from evil. [For Yours is the kingdom and the power and the glory forever. Amen.’] 14 “For if you forgive others for their transgressions, your heavenly Father will also forgive you. 15 “But if you do not forgive others, then your Father will not forgive your transgressions.

Jesus uses a story in Matthew 18 to better illustrate the point.  Peter raised a good question, “if our brother or sister in Christ continues to offend me, then how many times must I forgive them?”  It gets tiresome for us if someone continues to offend us, hurt us, or worse.  Peter asks about the number seven, which in that time would be a substantial amount since the current societal prescription was to forgive your brother only 3 times.  In analyzing Jesus’ teaching, especially the one we just read that discusses reconciliation with one another in the church, realizes that He was calling them to a higher level of forgiveness.  Jesus’ response, however, reveals that we should always forgive our brother (or sister) in the faith.  We saw Jesus’ prescription for exhorting one another when we offend each other and that they only be excluded from the body if they refuse to repent and are full of pride.  So then, if a repentant brother or sister asks us for forgiveness, we should always forgive them.  Or, to say it another way, Christ calls us to living a life of repentance and forgiveness.

In reading the above parable, the king can be compared to God the Father who having compassion on His repentant slave forgave him of his debts.  The slave was set free but abused that freedom and in turn became a slave once more.  Jesus forgave us of our debts in sin so that we could be free.  Have you ever offended someone and asked for forgiveness but instead they held onto bitterness and refused to forgive you?  It doesn’t feel very good, does it?  When we were/are condemned in sin, we are burdened with the ramifications of it.  Until we are forgiven, we are enslaved by the consequences of our actions.  So then, Jesus gave us the freedom from our debts so we could live in forgiveness towards others, but as we read in verse 35, God the Father will withdraw this forgiveness from us if we forget and abuse the forgiveness He bestowed upon us.  He has given us the capacity to forgive, but if we abuse it we lose it.

We must also make sure that when we forgive someone, it isn’t just words.  If we are to forgive others the way the Father has forgiven us, then we should forgive others just as we read in Psalm 103:

8 The LORD is compassionate and gracious, slow to anger, abounding in love. 9 He will not always accuse, nor will he harbor his anger forever; 10 he does not treat us as our sins deserve or repay us according to our iniquities. 11 For as high as the heavens are above the earth, so great is his love for those who fear him; 12 as far as the east is from the west, so far has he removed our transgressions from us.

Jesus offers us whole forgiveness that does not remember our trespasses and we should treat others the same way.  Certainly, it is difficult because our humanity is in the way and we want revenge, justice, and punishment for those that continue to offend us.  But God tells us to leave the judgment and revenge to Him and to continue to offer grace, love, mercy, and forgiveness.  We ourselves do not have the capacity to do this on our own.  This is why we read in 1 John 4:

15 If anyone acknowledges that Jesus is the Son of God, God lives in him and he in God. 16 And so we know and rely on the love God has for us. God is love. Whoever lives in love lives in God, and God in him. 17 In this way, love is made complete among us so that we will have confidence on the day of judgment, because in this world we are like him. 18 There is no fear in love. But perfect love drives out fear, because fear has to do with punishment. The one who fears is not made perfect in love. 19 We love because he first loved us. 20 If anyone says, “I love God,” yet hates his brother, he is a liar. For anyone who does not love his brother, whom he has seen, cannot love God, whom he has not seen. 21 And he has given us this command: Whoever loves God must also love his brother.

Let us then cast aside all bitterness, judgment, and unforgiveness.  Let us remember that our own transgressions merit death, but God saved us by forgiving us and calls us to live in light of that grace by loving others wholly, completely, and forever.