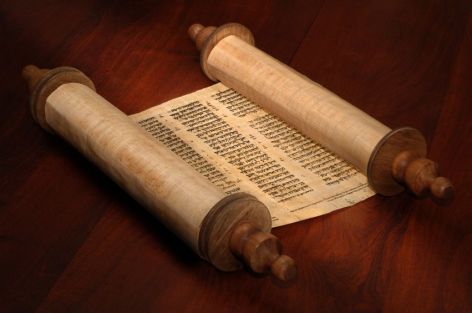 Acts 26:1-7
1 Agrippa said to Paul, “You are permitted to speak for yourself.” Then Paul stretched out his hand and proceeded to make his defense: 2 “In regard to all the things of which I am accused by the Jews, I consider myself fortunate, King Agrippa, that I am about to make my defense before you today; 3 especially because you are an expert in all customs and questions among the Jews; therefore I beg you to listen to me patiently. 4 “So then, all Jews know my manner of life from my youth up, which from the beginning was spent among my own nation and at Jerusalem; 5 since they have known about me for a long time, if they are willing to testify, that I lived as a Pharisee according to the strictest sect of our religion. 6 “And now I am standing trial for the hope of the promise made by God to our fathers; 7 the promise to which our twelve tribes hope to attain, as they earnestly serve God night and day. And for this hope, O King, I am being accused by Jews.

Paul’s life started out based in Jewish tradition and religion.  He mastered the scriptures and became a Pharisee, a religious leader that signified his piety and wisdom.  Note how Paul emphasizes that he is still a part of the Jewish religion.  At the very least this is to appeal to the king but it also signifies that Paul still considers himself a Jew.  Why is that?  Isn’t he a converted Christian who is inciting discord among the Jews?  Yes, in that time, they still considered converted Jews as Jews, just of a different sect (denomination) than the mainstream.  But there is more at work here than just conventional naming schemes among the people.

I haven’t had a whole lot of time to look into the depth of it, but I learned once that the Old Testament was assembled by the Jews to help preserve Judaism since this “Christianity thing” didn’t fade away and they were concerned that Judaism would lose its roots.  Of course, they didn’t call it the Old Testament then, it is essentially what they referred to as “The Law and the Prophets.”  It is the assembly of documents passed down for generations that detail and record the events of Israel’s history, God’s constant involvement in their lives, and His promises of what is to come.  Paul’s point in verse 6 is that the death, burial, and resurrection of Jesus as the Christ is the fulfillment of all those things!

It’s a shame that we don’t pay as much attention to the Old Testament because it has the word “old” in the title.  Our capitalistic and greedy societal mindset has caused us to “do away with the old and bring in the new.”  We don’t realize, however, that The Old and New Testaments discuss the Old and New covenants between mankind and God and that in order to fully understand and appreciate the New, we must know the Old.  The story of the Old Covenant reveals the iniquity of man and the glory of God through His promises so we can fully grasp what happened that dark day on Calvary when Jesus was crucified.  Without that piece of the story, we miss all of it.  How many times have you picked up a book and only read or paid attention to the final 1/3 of it?  It is impractical because the beginning of the book sets the stage and introduces the characters and the middle brings in the elements of the story.  The first 2/3 are the most crucial in a book because it sets up the climax of the story, which is why we are reading it in the first place.  Without the character, theme, and story set, the climax is just an inconsequential event that we can never really get excited about because there is no basis for its importance.

Paul’s emphasis on this in the beginning of his defense is that he is simply revealing the answer to the promises of God to which followers of the Jewish faith cling.  He is telling them that Jesus was the fulfillment of these things to set them free from the oppression of trying to comply with God’s Perfect Law that they could not attain.  Paul is saying that the very hope they had hanging on these promises is now fulfilled but they refuse to believe it!  Unfortunately, we look at this story and think, “foolish Jews, when are you going to wake up?” but we too refuse to believe the glory of God revealed through Christ’s sacrifice.  Sure, we might recognize Him as our Savior and “accept” Him into our hearts, but has it changed us?  Do we really grasp the depth of what was done on the cross and what it means for us?  As I look around and inwardly at myself (I’m not innocent in this), I think not.  We continue missing the point of Christ’s fulfillment of the prophecies.  Maybe if we went back and made an effort to understand it better we could appreciate what God did for us.

The Old Testament isn’t an old outdated history book to remind us where we came from.  It is the very foundation and explanation for the New Testament.  It gives us a base for our faith and hope.  It reveals the majesty of God and His never-ending providence.  It demonstrates our iniquities as humans and the grace and love of God.  If it weren’t for the foundation of the Old Testament, Christ’s sacrifice wouldn’t be as important in the New.  How have you dismissed the importance of the Old Testament?