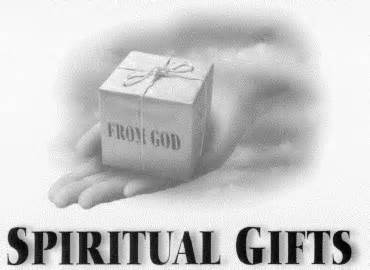 Now it’s about to get weird for some of you.  For at least the next two chapters, Paul is going to be talking about the gifts of the Spirit.  I’ve heard many of the different views about this: it was only occurring at the time the bible was written, it’s a bunch of hocus pocus, etc. etc. Let’s see what the bible really says about these extraordinary occurrences.

Now concerning spiritual gifts, brethren, I do not want you to be unaware. 2 You know that when you were pagans, you were led astray to the mute idols, however you were led. 3 Therefore I make known to you that no one speaking by the Spirit of God says, “Jesus is accursed”; and no one can say, “Jesus is Lord,” except by the Holy Spirit. 4 Now there are varieties of gifts, but the same Spirit. 5 And there are varieties of ministries, and the same Lord. 6 There are varieties of effects, but the same God who works all things in all persons. 7 But to each one is given the manifestation of the Spirit for the common good.

The Spirit of God is His presence in us.  The Spirit is a gift; one with many names throughout the scriptures that indicate it is God’s gift to us while we are in this world to give us the power, guidance, and assistance to carry out God’s will.  The Holy Spirit is accredited with making us believe and opening our eyes to the existence of God.  The Spirit is also responsible for the miracles that happen on earth. The Holy Spirit, although talked about in Christian circles, seems to be the most unbelieved part of God’s presence in our lives.  I think this is partly because either it scares us or we are unsure of its implications.  Televangelism has put a bad taste in our mouths in regards to the power and existence of God’s Holy Spirit in our lives.  At the very least, the inexistence of other spiritual forces in our lives has given us reason to question the existence of the spiritual realm.

Paul is contrasting the difference between “magic” and the manifestation of the Holy Spirit.  This is why he mentions the previous pagan lifestyle of his audience.  I think back to the story of Moses when the magicians in Pharaoh’s palace created serpents out of walking sticks.  If anything, this should be a clear representation of the presence of evil spiritual forces in the world as well.  I think part of our fear in the “developed world” stems from us actually trying to ignore the existence of these things.  We don’t like it, so we ignore it and pretend it doesn’t exist.  To quote The Usual Suspects, “The greatest trick the devil ever pulled was to convince us that he doesn’t exist.”  You’re not going to fight if you don’t recognize you are in a spiritual war.  This is exactly what the enemy wants us to think: that the spiritual realm does not exist and therefore neither does God.

Since Corinth was a melting pot of culture and religion, it makes sense that Paul is going to dig into the manifestations of the Holy Spirit in order to differentiate between God’s Spirit and other spirits.  I love that he points out that the manifestations of the Holy Spirit 1) are for the common good and 2) are not the result of any human.  The “common good” part seems to be a given however the second point is sometimes hard to swallow.  When I studied this part of the bible previously, I desperately sought after some sort of manifestation of the Holy Spirit in my life: speaking in tongues, miraculous healing, and even prophetic word.  However, I realized that my desire wasn’t to further God’s kingdom, just that I wanted to see something “cool”.  On the short end, I realized that God probably has bigger things to take care of than show off for me (not that He couldn’t, but the request was a bit ridiculous since it had no real purpose).  For the overall picture, I realized that it isn’t about what I want, but rather what He wants and He will manifest through His Spirit when it suits Him, not when I just ask for a fireworks display.  It amazes me how easy it is to become shortsighted about certain things of God’s presence.

Paul’s introduction to this portion of his letter is clear.  There is only one Spirit of God even though He manifests Himself in different ways for different purposes.  It isn’t about what we do; there is no magic formula to speak in tongues, heal the sick, or predict the future.  These things happen when they happen because God wants it to: period.  Unfortunately, the parts of the world with people who recognize the existence of the spiritual realm are distracted by appeasing and manipulating other spirits.  This has bled over into the thinking of how the Holy Spirit works and people think that they can manipulate the Spirit of God.  When it doesn’t work, they think either that it doesn’t exist or that they shouldn’t waste their time because they need to focus on protecting themselves from the evil spirits that plague them.

Do you believe in the Holy Spirit?

1 thought on “The Presence of the Holy Spirit”