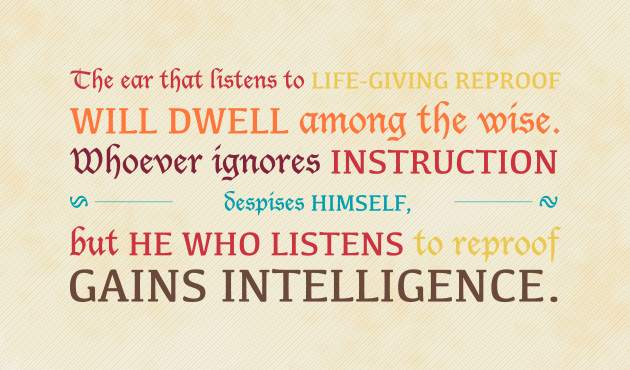 Amos 5:8-13
8 He who made the Pleiades and Orion And changes deep darkness into morning, Who also darkens day into night, Who calls for the waters of the sea And pours them out on the surface of the earth, The LORD is His name. 9 It is He who flashes forth with destruction upon the strong, So that destruction comes upon the fortress. 10 They hate him who reproves in the gate, And they abhor him who speaks with integrity. 11 Therefore because you impose heavy rent on the poor And exact a tribute of grain from them, Though you have built houses of well-hewn stone, Yet you will not live in them; You have planted pleasant vineyards, yet you will not drink their wine. 12 For I know your transgressions are many and your sins are great, You who distress the righteous and accept bribes And turn aside the poor in the gate. 13 Therefore at such a time the prudent person keeps silent, for it is an evil time.

The issue at hand is put into a grand perspective in this passage.  The One who scattered the constellations, gives us light during the day and darkness at night and controls their change, and who causes rain to fall on the earth is the one who is speaking.  The audience can make no mistake that God (whom the Israelites are not ignorant of, by the way) is the one speaking.  He is the one who is going to cause the destruction of their prideful stature.  In verse 10, we see the result of this pride.  God has been speaking through Amos for a while now and they refuse to listen.  Remember, the reason this letter exists is because they kicked him out of the city for saying this all out loud in the streets.  This is the last call to repent.

The description we see here is that they have been overcharging the poor for rent while they have profited from it and built themselves solid homes and vast vineyards.  They mock those who are upright in society while accepting bribes and refusing to care for the poor.  If you recall, taking care of the poor was God’s biggest charge towards the Israelites (and later us Gentile Christians) for how we should relate to society.  The righteous have grown silent for fear of persecution.

When we are deep in or sinfulness, we do whatever we can to justify our actions and maintain our current status.  We must beware of the slippery slope because our sinfulness will carry us to places and actions we never thought we would go.  What have you done in your sinfulness that you never thought you would do?  How can you break out of your denial that you need the help of God to repent and turn back to Him?  Have you gotten tired of your sinfulness being exposed?  Swallow your pride and let God clean you up.