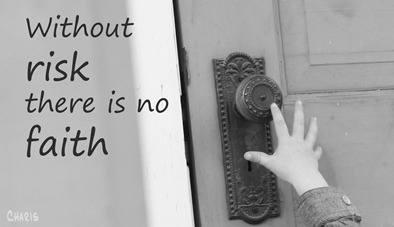 Acts 20:1-6
1 After the uproar had ceased, Paul sent for the disciples, and when he had exhorted them and taken his leave of them, he left to go to Macedonia. 2 When he had gone through those districts and had given them much exhortation, he came to Greece. 3 And there he spent three months, and when a plot was formed against him by the Jews as he was about to set sail for Syria, he decided to return through Macedonia. 4 And he was accompanied by Sopater of Berea, the son of Pyrrhus, and by Aristarchus and Secundus of the Thessalonians, and Gaius of Derbe, and Timothy, and Tychicus and Trophimus of Asia. 5 But these had gone on ahead and were waiting for us at Troas. 6 We sailed from Philippi after the days of Unleavened Bread, and came to them at Troas within five days; and there we stayed seven days.

In our current way of thinking, whenever we read the word “exhort” we may think that Paul yelled at them or punished them, but the word actually means the opposite.  The Greek parakaleo means to encourage or strengthen by consolation.  Paul’s exhortation was a spiritual encouragement before he left, not a religious scolding.  Certainly, he might have mentioned some things they needed to correct, but he did it in a loving and concerned manner.

We see here a brief explanation of Paul’s travel plans as well as an account of who was travelling with them (Paul and Luke).  It appears Paul picked up missionaries from many of the places to where he travelled and preached.  It’s quite amazing, however, how much the Jews plotted against Paul.  Maybe they viewed him as a turncoat, once being a powerful Pharisee who now started is against Judaism.  This isn’t to say he was against the Jews, but for them, imploring them to see that Jesus was the fulfillment of their prophecies.

We can learn a lot from this ongoing situation in Acts with the Jews and Christians.  How often do we harden our hearts against other doctrines?  How often do we refuse to hear what is being preached and told?  I understand that what I am about to say treads on dangerous grounds spiritually, so try to follow my meaning.  If we truly believe in an all powerful and sovereign God, then shouldn’t we leave the seed of faith in His hands?  If He is the author of our faith, then why do we refuse to listen to the council of others instead of examining it with His Word?  We become so rigid in our belief “system” that anything outside of our regimented and ritualistic way of thinking is discarded without second thought.

Certainly, we must be careful not to be swayed by false teachers, hidden doctrines, and imposter gospels.  But there are ways that we are encouraged to test what we hear.  More than the written scriptures, we have our relationship with the Holy Spirit to guide and show us what is true and what is not.  Yet we cling to the man-made precepts we have been indoctrinated with instead of exploring, testing, and questioning our own faith with the guidance of God’s loving hand.  This is how we grow!  I’ve mentioned before how it is scary to test and challenge our faith.  It is also scary to lift 300 pounds above your head, but weight lifters do it every day to grow and strengthen themselves.  We have to put ourselves in a position where we are vulnerable and have a chance of failing in order to discover the truth and grow in it.  The little bit of faith we may have is to be used to put ourselves in this position so it may grow, lest we lose it altogether.

If you plant a seed in a garden, cover it, and water it, we are taking a chance.  How do we know the seed is still there unless we unearth it every day to check?  We know, however, that by doing this it will not grow.  What if some animal comes along at night and steals it?  What if because of something in the soil the seed doesn’t sprout at all?  Yet we plant the seed with faith that it will do what we have been told it will do.  We plant the seed because the reward is worth the risk of losing it.  The same goes with our faith.  If we just bag it up and sit it in the corner for fear of losing what little we have, then we will never reap the benefits of having it in the first place!  Faith, even as small as a mustard seed, isn’t given to us so we can sit on it.  We must plant it and put ourselves at risk with it in order to see it grow to its full potential.  As Jesus taught in the parable of the talents, if you don’t use it, you lose it.  Will you take the risk?