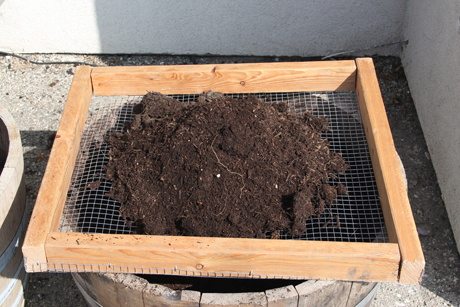 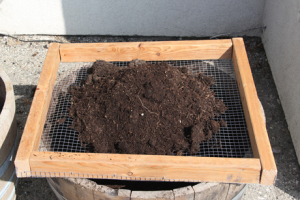 Mark 14:66-72
66 As Peter was below in the courtyard, one of the servant-girls of the high priest came, 67 and seeing Peter warming himself, she looked at him and said, “You also were with Jesus the Nazarene.” 68 But he denied it, saying, “I neither know nor understand what you are talking about.” And he went out onto the porch. and a rooster crowed.#2871 69 The servant-girl saw him, and began once more to say to the bystanders, “This is one of them!” 70 But again he denied it. And after a little while the bystanders were again saying to Peter, “Surely you are one of them, for you are a Galilean too.” 71 But he began to curse and swear, “I do not know this man you are talking about!” 72 Immediately a rooster crowed a second time. And Peter remembered how Jesus had made the remark to him, “Before a rooster crows twice, you will deny Me three times.” And he began to weep.

Raise your hand if you have either outwardly or even secretly denied your association with Jesus. Ok, now put your hand down so that nobody thinks you’re weird…raising your hand as if in a classroom while reading a devotional. When we read about Peter’s denial of Jesus, how often to we associate with him? Or, do we disassociate ourselves from Peter because we don’t want to be like him? Remember, Jesus renamed Simon Peter in order to identify him as the spiritual leader and rock of the disciples after the ascension.

In The Bait of Satan, John Bevere compares Judas to Peter in these last hours before Jesus’ trial. He explains this concept of sifting us to help us grow stronger in our faith. Until this point, Peter completely relied on his own zeal to get him through various trials. He was audacious enough to challenge Jesus to ask him to walk out on the water. He was bold enough to cut off the ear of a soldier’s slave even though there were hundreds of men standing before him and opposing him. Yet, this period of denial that Peter went through was a spiritual exercise to reveal to Peter that if he continues to rely on his own strength and faithfulness, eventually he will fail. God used this as an opportunity to refine Peter into the spiritual man he was to become. Judas on the other hand although he recognized his own sinfulness and frailty as a human, refused to repent and recognize the need to rely on God’s strength and not his own. So, I ask you again: have you ever denied Jesus? If your own self-righteousness responds, look out because it is coming!

In the beginning of the beatitudes in Matthew 5, Jesus reveals a beautiful principle:

3 “Blessed are the poor in spirit, for theirs is the kingdom of heaven.

When we recognize our need for God in our lives, we humbly enter the throne room and say, “Lord, I don’t deserve your love for all the times I have turned my back on you, but you continue to pour it out. Thank you for your mercy and grace.” It is in this that we receive all that He has to offer. We cannot, however, receive it if we don’t think we need it! We often deny Christ in our daily lives. Simply by not relying on Him we say, “I’ve got this, I don’t need you,” and the sifting process begins again in our lives for God to show us that we do need Him. Our spiritual journey isn’t about just knowing who God is, but who we are in relations to Him. This is the sanctification process where God reveals to us where we still rely on ourselves instead of Him. The more we learn to rely on Him, the more we will be able to live in the freedom of the Kingdom of God.