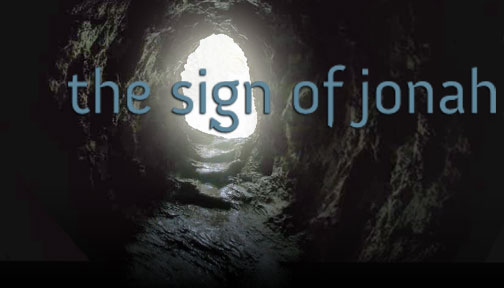 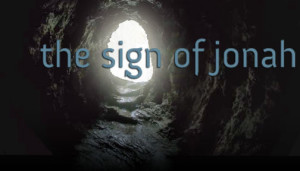 Matthew 16:1-4
1 The Pharisees and Sadducees came up, and testing Jesus, they asked Him to show them a sign from heaven. 2 But He replied to them, “When it is evening, you say, ‘It will be fair weather, for the sky is red.’ 3 “And in the morning, ‘There will be a storm today, for the sky is red and threatening.’ Do you know how to discern the appearance of the sky, but cannot discern the signs of the times? 4 “An evil and adulterous generation seeks after a sign; and a sign will not be given it, except the sign of Jonah.” And He left them and went away.

Jesus reuses His argument against the Pharisees as He did just a few chapters ago in The Sign. It’s funny how this whole time Jesus has been feeding the multitudes, raising people from the dead, casting out demons, and many other things but they refuse to see it. Many Atheists say the same thing: they want a sign from heaven that He is the Christ. The truth that He exposes is that they don’t really want a sign; they just want an excuse not to believe what He says. They are so discerning and practical in many things but when He encourages them to use the same process to see these signs they seek, they instead turn to excuses as to why it isn’t real.

The sign of Jonah is Jesus’ death, burial, and resurrection. Jonah was in the belly of a fish for three days and then “resurrected” as he was thrown up onto the shore. This is the sign Jesus was pointing to since clearly all the other stuff He was doing did not seem to impress them too much. The Pharisees and Sadducees knew the story of Jonah, but perhaps they didn’t know exactly what He meant when He said this, since there wasn’t a whole lot of indication of what was to come.

How often is this our struggle? We seek things from Jesus that even if we saw them, we still wouldn’t believe. When our hearts are hardened against God, it doesn’t matter what marvelous things are performed in front of us to reveal the Kingdom, we will refuse to see it as such. We become so focused on the physical world around us that even though we are seeking the spiritual realm, we don’t know exactly what it is we seek so when we see it, we don’t know what we are seeing. Thankfully, Jesus’ death, burial, and resurrection solve that for us. Once we come to terms with who we are as fallen sinners, who Christ is as our Savior, and who we get to be as a result, our hearts are then softened and we begin the process of realizing the spiritual realm.

The Jews were/are continually looking for a sign of the Messiah. Even though Jesus clearly fulfilled the signs prescribed in the scriptures, they still don’t see them because of their hardened hearts. They didn’t get what they wanted the way they wanted it. How often do we fall into the same trap? We have expectations of God not based on the bible but based on what others tell us and our experiences interacting with other humans. We must be careful not to put human expectations on God and instead seek to understand more of His Kingdom so we can understand the signs when they happen. We cannot be so arrogant as to think that God will bend to our will to impress us; He doesn’t need us.