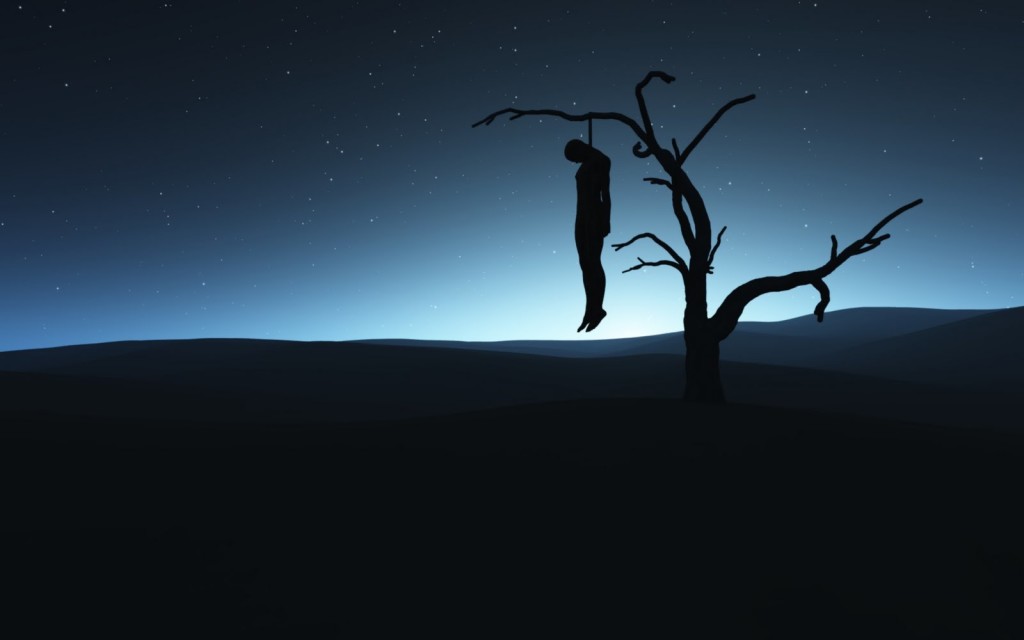 Matthew 27:1-10
1 Now when morning came, all the chief priests and the elders of the people conferred together against Jesus to put Him to death; 2 and they bound Him, and led Him away and delivered Him to Pilate the governor. 3 Then when Judas, who had betrayed Him, saw that He had been condemned, he felt remorse and returned the thirty pieces of silver to the chief priests and elders, 4 saying, “I have sinned by betraying innocent blood.” But they said, “What is that to us? See to that yourself!” 5 And he threw the pieces of silver into the temple sanctuary and departed; and he went away and hanged himself. 6 The chief priests took the pieces of silver and said, “It is not lawful to put them into the temple treasury, since it is the price of blood.” 7 And they conferred together and with the money bought the Potter’s Field as a burial place for strangers. 8 For this reason that field has been called the Field of Blood to this day. 9 Then that which was spoken through Jeremiah the prophet was fulfilled: “AND THEY TOOK THE THIRTY PIECES OF SILVER, THE PRICE OF THE ONE WHOSE PRICE HAD BEEN SET by the sons of Israel; 10 AND THEY GAVE THEM FOR THE POTTER’S FIELD, AS THE LORD DIRECTED.”

Judas’ grief for his sin against Jesus was misguided.  It was a lot of grief, as we can imagine, since the Jewish culture speaks very much against shedding innocent blood.  Moreover, Jesus was Judas’ mentor and teacher.  Even though Judas wasn’t the best of followers of Christ, He was still a devout follower.  But when he realized the consequences of his actions, he fell into a deep despair.  He didn’t quite realize that he was handing over Jesus to be tried and crucified (although Jesus knew what would happen).  This is why Judas had so much remorse.  What he thought was a “little sin” turned into a “big sin,” more than he anticipated would happen.  The chief priests and elders, however, fully knew what they were trying to do.  Maybe we could call this “premeditated sin.”

Luckily for us, sin is sin regardless of your intentions an all of it is covered by Jesus’ sacrifice as long as we repent.  Repentance means to literally “change one’s mind”.  Did Judas repent of his sin?  We generally look at Judas in shame and disdain but he was just like we are today, not realizing the full consequences of our sinfulness until it is too late.  We also know from the telling of the Last Supper that Satan took hold of Judas’ heart.  Judas had given the devil a foothold in his heart and was acting not out of love for God or Jesus but love for himself.  This is how sin begins its work in us.  Then we wind up in a place where we never thought we would be and can only ask ourselves, “what did I do to get here?”  In James 1 we are warned about letting our own selfishness reign in our hearts:

13 Let no one say when he is tempted, “I am being tempted by God”; for God cannot be tempted by evil, and He Himself does not tempt anyone. 14 But each one is tempted when he is carried away and enticed by his own lust. 15 Then when lust has conceived, it gives birth to sin; and when sin is accomplished, it brings forth death.

We know Judas was the money bearer of the disciples and that they discovered he was skimming off the top.  He probably figured it was innocent since the disciples always had what they needed for ministry and Judas’ family maybe was poor.  He could have been buying ice cream while out on the road ministering to others or sending it back to help his family.  Whatever the reason and justification of his actions, it was still wrong.  However, we think that delivering Jesus to the priests that wanted to kill Him is a “worse” sin than skimming off the top of the money bag.  Both actions were equal.  Judas was a lover of money.  He didn’t trust God to provide.  This is why Jesus encourages us in Matthew 6:

I skipped a few verses in between about how God gives houses to the birds and clothes the fields with flowers.  But we must recognize that our worry and lack of trust in God brings us to sin.  Judas was heading down this path all along not because he hated Jesus but because he didn’t guard himself against his lust for money.  He refused to recognize it as a weakness and what started as a little pocket change turned into the sanctioned public murder of an innocent man.  No wonder his remorse overwhelmed him.  The majority of our sin isn’t intended to hurt others, rather to fulfill our lust for something.  Our sin usually isn’t against others but for ourselves.  But that is how the slippery slope starts until we are so deep in it we have no clue how to get out.