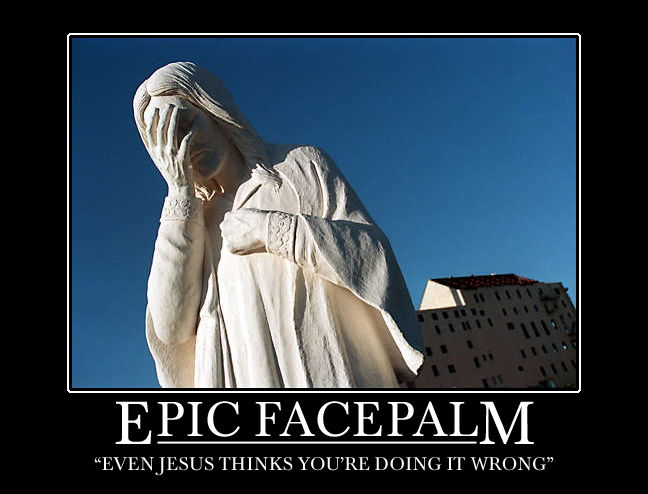 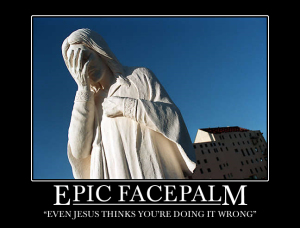 Mark 9:14-29
14 When they came back to the disciples, they saw a large crowd around them, and some scribes arguing with them. 15 Immediately, when the entire crowd saw Him, they were amazed and began running up to greet Him. 16 And He asked them, “What are you discussing with them?” 17 And one of the crowd answered Him, “Teacher, I brought You my son, possessed with a spirit which makes him mute; 18 and whenever it seizes him, it slams him to the ground and he foams at the mouth, and grinds his teeth and stiffens out. I told Your disciples to cast it out, and they could not do it.” 19 And He answered them and said, “O unbelieving generation, how long shall I be with you? How long shall I put up with you? Bring him to Me!” 20 They brought the boy to Him. When he saw Him, immediately the spirit threw him into a convulsion, and falling to the ground, he began rolling around and foaming at the mouth. 21 And He asked his father, “How long has this been happening to him?” And he said, “From childhood. 22 “It has often thrown him both into the fire and into the water to destroy him. But if You can do anything, take pity on us and help us!” 23 And Jesus said to him, ” ‘If You can?’ All things are possible to him who believes.” 24 Immediately the boy’s father cried out and said, “I do believe; help my unbelief.” 25 When Jesus saw that a crowd was rapidly gathering, He rebuked the unclean spirit, saying to it, “You deaf and mute spirit, I command you, come out of him and do not enter him again.” 26 After crying out and throwing him into terrible convulsions, it came out; and the boy became so much like a corpse that most of them said, “He is dead!” 27 But Jesus took him by the hand and raised him; and he got up. 28 When He came into the house, His disciples began questioning Him privately, “Why could we not drive it out?” 29 And He said to them, “This kind cannot come out by anything but prayer.”

This is a well-versed and repeated story in the bible.  I have used different parts of it to make certain teaching points in the past and I have heard many lessons revolving around pieces of this story.  However, I have never read the story as a whole to understand the Kingdom principle in this situation.  The main teaching points we get out of this story are:

All things are possible to him who believes.
Jesus can help us in our unbelief.
There are some demons that can only be exercised through prayer.

Generally, the entire story revolves around faith and belief, but belief about what or whom, exactly?  The entire record of Mark has been showing us the power of faith and what is possible when we believe God for what He promises.  Unfortunately for us, we have minimized not just the power of faith, but also God’s power through us as a result of our faith.  When Jesus exhorts the “unbelieving generation,” He didn’t exclude anyone.  This meant his close disciples, other followers in the crowd, the man, the boy, and even those who brought the boy to Him.  My question is, why are we still an unbelieving generation?

The intricate details of this story reveals to us our issues of unbelief.  The one in the crowd said to Jesus, “we brought this boy to you…your disciples could not heal him.”  On of our problems is that even though we bring our sick and afflicted (this includes ourselves) to God, we still rely on humans to do the healing.  I understand that Jesus was busy at the moment so the disciples tried healing the boy, but the issue wasn’t entirely the fault of the disciples, but it was that they were expecting Jesus the man to do the healing, not the power of God through the men.  They didn’t believe in God to do the healing, they believed in Jesus to do the healing.  There is a great difference between what happens when we rely on man’s remedy as opposed to God’s, as we clearly see in this story.

Next, the interaction between Jesus and the boy’s father is generally focused upon the man’s unbelief, not his desire to believe.  With his mind he believed that Jesus could heal the boy, but he didn’t believe it with his heart.  This is why he asked for help with his unbelief.  Did anybody notice that the healing didn’t start until the man made this confession and request for more heartfelt faith?  There is a big difference between believing something with your head as a logical conclusion and truly trusting with all your heart.  We can read the bible and say it is true, but we don’t put it to practice until we trust with our heart and go to that place where we are most vulnerable.  With our heads we say it is possible, with our hearts we surrender to God for His will and power.

Finally, we turn to the disciples, whom Jesus exhorts by simply saying that “this kind” of demon only comes out by prayer.  What I truly believe Jesus was saying here was not that there was a prescribed remedy for a specific type of demon, but that they were relying upon their own abilities and powers instead of God’s.  They weren’t trusting God to expel the demon or even asking God for wisdom and help in the situation, they were trusting and believing in themselves instead of Him.  This is a very dangerous practice for us because we rely on ourselves to do something supernatural and when we fail, we blame God because it didn’t work.  Can you imagine the confusion of the disciples, who have cast out demons before and healed the sick and afflicted with their own hands?  The confusion must have been scary.

Prayer is our direct connection with God.  The quality and quantity of our prayer is directly related to the quality and quantity of God’s presence in our lives.  We make or break our relationship with Him through our time we spend with Him.  In any relationship, our commitment and time spent with each other is what grows the relationship.  In our relationship with God, it is the same way.  Or increased time with Him through studying His word and talking with Him (prayer) as well as listening to Him (meditation) is what increases His influence through us and His reign in our hearts.  The boy wasn’t healed because of who Jesus is, but because of His connection to God the Father.  The people went to Jesus because they knew He could make the healing happen, but only as a result of His relationship with the Father.  The disciples couldn’t make it happen because in that moment, they were not connected with the Father.

Our problem then, isn’t necessarily that we don’t believe, but that we believe in the wrong things.  We believe in our own abilities and strengths or maybe even those of another person, but we do not believe in God’s ability and desire to help us.  Even when we do and He doesn’t seem to answer the way we think He should, we must continue to hold onto His promise of love and provision for us.  He wants the best for us because we are His beloved children.  We must believe Him for what He says instead of what we want Him to say.

Are you a part of the unbelieving generation?