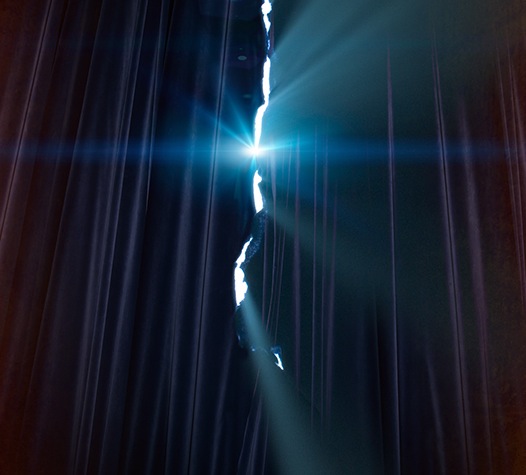 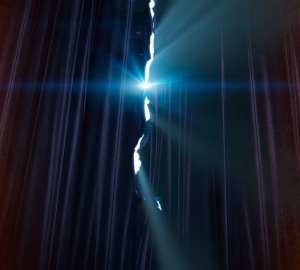 Mark 15:33-39
33 When the sixth hour came, darkness fell over the whole land until the ninth hour. 34 At the ninth hour Jesus cried out with a loud voice, “ELOI, ELOI, LAMA SABACHTHANI?” which is translated, “MY GOD, MY GOD, WHY HAVE YOU FORSAKEN ME?” 35 When some of the bystanders heard it, they began saying, “Behold, He is calling for Elijah.” 36 Someone ran and filled a sponge with sour wine, put it on a reed, and gave Him a drink, saying, “Let us see whether Elijah will come to take Him down.” 37 And Jesus uttered a loud cry, and breathed His last. 38 And the veil of the temple was torn in two from top to bottom. 39 When the centurion, who was standing right in front of Him, saw the way He breathed His last, he said, “Truly this man was the Son of God!”

Have you ever noticed how sometimes we only hear what we want to hear instead of the truth? Our mind, focused or centered on one thing creates a false reality that acts as a filter for everything else we experience. Some atheists claim this is what happens to Christians, that we give credit to God for things because it’s what we want it to be instead of what it really is. Ironically, Christians could say the same about atheists, but this post isn’t about the battle between believers and nonbelievers, it is about where our focus is.

The Hellenistic Jews standing around the cross and watching Jesus die continued to honor and worship the prophets of old instead of God. “Eloi” (Aramaic for ‘my God’) and “Elias” (Greek for ‘Elijah’) could sound similar. As we read it today, possibly in a quiet place, it might not seem very similar to us. However, if we put the situation in context, it seems possible: Jesus is hanging on an 8 foot cross, people around you are talking and murmuring, there is blood dripping off of Jesus’ face, the sky has turned black and is causing a bit of an uproar, and your religion has you focused on the prophets instead of God. Let us also add the Hebrew way of saying Elijah instead of the Greek. In Hebrew, Elijah is pronounced “ay-lee-yaw” which is much closer to “el-o-ee”. So, why did the Jews hear Jesus cry out to the prophet Elijah? Because they were focused on what they wanted to hear instead of what made sense.

Jesus only talked about Elijah in the fulfilling of prophecy, which He clearly stated was done through John the Baptist. In Take Up Your Cross, we saw the peoples’ fixation on Elijah the prophet instead of God’s prophecy. But, if we look at scripture, calling out to Elijah doesn’t make sense. If Jesus was the Christ, then why would He call out to a dead prophet? More so, why would He cry out about the prophet abandoning Him in the final hour? Because this is what the people would do, so they assumed Jesus would too. The Jews were confused because they were still inwardly focused. They weren’t basing their thoughts, decisions, and the events occurring around them on God’s will or desires, but their own. This is how we get ourselves in trouble.

Thankfully, Jesus’ death removed the veil from our eyes. Those that were blinded by their own self-interests could see after Jesus died (as we can see in the centurion’s response). The veil, which separated man from God in the Holy of Holies, was torn so that man and God would no longer be separated as before. This was a direct result of Jesus’ death. It was the point of His death. We can now overcome our own desires and thoughts and look into the face of God, recognizing His truth instead of believing our own. We now are able to see things from His perspective and stop to think, “wow, it sounds like He might be calling out to Elijah, but that doesn’t make sense.” We also have the opportunity to learn how to trust God more. Instead of wondering if a prophet will return from the dead to take Jesus off the cross, we can learn and accept God’s will. Remember when Jesus rebuked Peter for saying that he would protect Jesus from being killed? Jesus’ response was, “get behind me Satan.” The folks at the foot of the cross who had no idea what was happening wanted to see a miracle but they missed it. They missed the miracle Jesus performed on the cross: making clear the path for us to the Father.

When you die, will those around you say, “truly this was a child of God”? Our relationship with God will reflect if we are or not. Will they say we worshipped the prophets of old or the One True God? The affect of our death upon the land will reflect the true nature of our lives. Jesus’ death resulted in an earthquake and the torn veil in the temple. How we live is utterly revealed in our death. What will your death reveal?