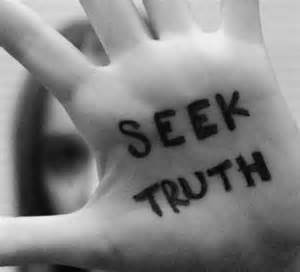 The Sadducees were a sect of Jewish teachers that did not believe in, essentially, the spiritual realm.  Their biggest fight was against resurrection but they also refused to believe other miracles as well.  Since the Sadducees were a part of the Sanhedrin (the Jewish religious council that made important decisions), their beliefs and teachings were always an element injected into religious debate.  Paul also had to deal with this when writing to the Thessalonians.

As Paul is explaining here and Daniel Harris pointed out in his recent post about the resurrection of Jesus, there is really no validity to Christianity without His resurrection.  Keep in mind, Paul here is writing to the body of believers in Christ as savior.  He isn’t trying to convince nonbelievers, rather pointing out that saying we believe in Jesus as our savior but not that He was resurrected is a contradiction in thought.  I have been racking my brain about this and cannot remember a time when I have heard someone who believes in Jesus as the Christ but does not believe in the resurrection.  However, there is a very important principle here that we can apply to our lives and faith today.

It is important that we study the Word of God.  Most importantly (at least for myself) we learn the voice of God so we have a canon or “measuring stick” to evaluate what we are hearing and seeing outside of the black and white (sometimes red) words on the pages.  We get to know the heart of God and therefore understand Him a little more and can have better interaction with Him throughout our lives.  The other important part about studying the bible is that we learn more about the truth.  I understand that people challenge the validity of the bible, “it was written by man, it was assembled by the Catholic Church, etc. etc.” (as if God isn’t big enough to orchestrate all that).  My point is that the recorded and tested information of God’s influence in our lives is in the bible.  It is what we use to test our thoughts and actions to see if they fall in line with what God has preserved for us to use as such.

In reading this passage today it might be easy for us to scoff at Paul’s audience since those of us who believe certainly believe in Jesus’ resurrection.  But what about other things?  What about the importance of confession, the command to tithe, the occurrence of miraculous healing or even the resurrection of others from the dead?  I watched a tv show the other night about criminologists investigating people who were dying as a result of exorcisms.  Some had trouble believing the deaths were a result of demonic influence and it made me question the actual presence of demons in the world today.  Some people use the age of the text of the bible as an excuse to ignore parts of what it says.  Again, I’m not saying we shouldn’t test what the bible says; it is how we grow in faith.  However, you will find as you do so that what is written is the truth.  While I have yet to experience the presence of demons, I certainly am not dismissing them.  Jesus and the disciples fought demons all the time!  So then, if our faith and belief in Christ is linked to the Word of God but we discredit and don’t believe parts of what it says, then your faith is worthless and we are of all men most to be pitied because we refuse to accept the whole truth and are therefore worse off than those who don’t believe at all.