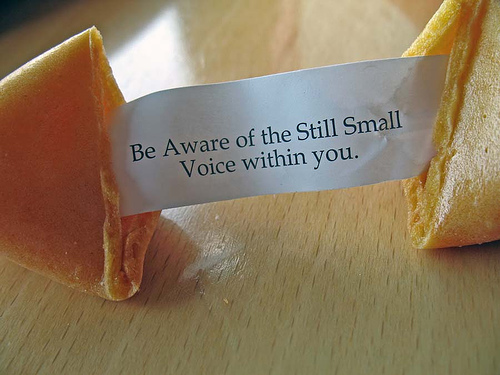 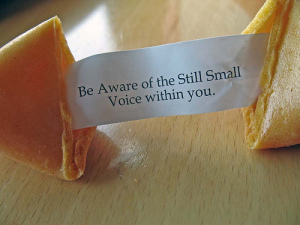 The story of Jonah is one that most of us know because it is a fun story to tell in Sunday school to kids. The magical story of a man being swallowed up in the belly of a big fish for a few days before being spit up on the shore is quite an account that many children are easily enchanted by. But let us look at this story the way it is meant to be looked at: an application to our lives and the importance of obedience.

This past week I had an amazing time experiencing a new perspective on the Kingdom of God. Many times we wonder what it is like to hear directly from God. Throughout the scriptures we read about how God communicates to humans: through angels, in dreams, and even directly with a commanding voice. Here, however, we encounter a very nondescript method of God talking to someone. It says that simply the word of the Lord came. Generally we would skip over this and focus on what God said, not how He said it. Yet, it is the how that is more important than the what in our daily lives because if we don’t understand how God talks to us, we will never know what He is trying to tell us.

As I continue to process the experience of translating for a spiritual healing team that came here to Guatemala, one of the impactful moments for me was the revelation of how God talks to us. There are many methods of thought in this subject and since we are all unique, we can say that God speaks to us in different ways that personalizes our relationship with Him. How God speaks to us isn’t constant for each individual, either. God has indicated things to me in various ways and He usually has to repeat Himself because I tend to miss the first few times He is telling me something. What I learned to recognize this past week however is the “still small voice” that many teachers encourage us to listen to in our relationship with God. Let me paint a picture for you and try to relate how I learned about this voice over the past week.

The spiritual healing team we were working with held nightly messages in villages around the country that were then followed by times of prayer for healing and deliverance. We were broken into small teams that would welcome people to ask for specific prayer. Some people had physical illnesses, others had emotional problems, and there were those who needed spiritual guidance and strengthening. As the week went on, we all learned how to work together, rely upon what we felt God was telling us to do, and open ourselves up to however the Holy Spirit was guiding us. On one of these nights, God revealed to me the importance of obedience in a very simple way.

Many times we get this seemingly random message that floats its way into our heart and mind. Maybe we pass someone on the street and we get this idea, “say hello to them,” or “ask them how they are doing,” or even “give that homeless man some money.” Generally, if we pay any attention to it, we hesitate and then the moment is lost and we forget about it and carry on with our day. I was able to see firsthand this week that this is God speaking to us and that we must act immediately. While praying with one of the groups this week, there was a night where we would be praying and all of a sudden the thought crossed my mind, “put your hand on their head,” as we were praying for a person. As I hesitated just a moment or two to figure out where this thought came from and if I should do it or not, one of the other people on my prayer team put their hand on the head of the person for whom we were praying. When that happened, it freaked me out a little. I thought it was an ironic coincidence, but there is neither irony nor coincidences in the Kingdom of God. As the night progressed, I saw this happen again and again, “pray out loud for protection, touch their shoulder, ask if they are holding onto unforgiveness.” We were all in tune with the Holy Spirit and it wasn’t just me hearing His guidance in what to do, it was everyone. The only difference was that the others weren’t hesitating. They had developed the habit of acting upon what they heard from God and I have developed the habit of hesitating and analyzing everything.

Our hesitation is how we attempt to flee from the presence of God and His voice just as Jonah did. Maybe we don’t buy a boat ticket and try to leave the place from where we heard Him speaking to us, but we mentally check out and work hard to ignore what God tells us. We dismiss the still small voice in our hearts to go and do and instead we ignore and hesitate. In the U.S. Marines, they teach in boot camp that discipline is, “immediate obedience to all orders without questioning.” If we are to be disciples of Him, then we must be disciplined to follow what He tells us to do. If we are not immediately obedient to what He tells us to do, then how can we claim to be His followers and disciples? We read about the great spiritual warriors from the beginning of the Old Testament until the end of the New Testament. All of the signs and wonders they performed were a result of their obedience to God’s voice and God’s power flowing through them as a result. It is one thing to hear God’s voice, but another to listen and be obedient to what He tells us to do.

How are you being disobedient to the Lord’s voice?