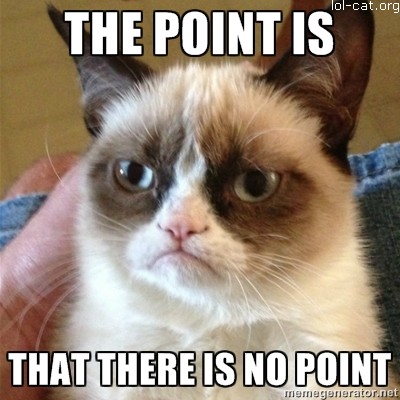 16 When I gave my heart to know wisdom and to see the task which has been done on the earth (even though one should never sleep day or night), 17 and I saw every work of God, I concluded that man cannot discover the work which has been done under the sun. Even though man should seek laboriously, he will not discover; and though the wise man should say, “I know,” he cannot discover. 9 For I have taken all this to my heart and explain it that righteous men, wise men, and their deeds are in the hand of God. Man does not know whether it will be love or hatred; anything awaits him. 2 It is the same for all. There is one fate for the righteous and for the wicked; for the good, for the clean and for the unclean; for the man who offers a sacrifice and for the one who does not sacrifice. As the good man is, so is the sinner; as the swearer is, so is the one who is afraid to swear. 3 This is an evil in all that is done under the sun, that there is one fate for all men. Furthermore, the hearts of the sons of men are full of evil and insanity is in their hearts throughout their lives. Afterwards they go to the dead.

It continues to amaze me the congruence I am finding between what Solomon is saying in the book of Ecclesiastes and what we find throughout the New Testament.  We are told that they are related and I’ve even said that they are congruent in some of my other writings but this is the first time I am studying an entire book of the Old Testament in depth.  As I read today’s passage, I see a couple common themes that we are taught from the New Testament.

We are saved by grace through faith.

Paul talked about the doctrine of grace throughout his letters to the various churches he worked with.  In his letter to the Ephesians, he lays it out directly in chapter 2: 8-9, 8 For by grace you have been saved through faith; and that not of yourselves, it is the gift of God; 9 not as a result of works, so that no one may boast.  It is this very truth that Solomon revealed as a result of his great “experiment” of trying to understand the purpose of life.  He has been revealing the frailties of our lives.  His gift of wisdom is being used by God to communicate to us that we can do all the searching and researching we would like.  We are even now at a point where we have ages and worlds of information at our fingertips, but what does Solomon say about it?  I have concluded that man cannot discover the work which has been done under the sun.  The Apostle John would say it this way as he concludes his perspective of God, “And there are also many other things which Jesus did, which if they were written in detail, I suppose that even the world itself would not contain the books that would be written.” –John 21:25

All have sinned and deserve the same fate: death.

In Romans 3 we find the all-popular verse that tells us for all have sinned and fall short of the glory of God.  Chapter 9 of Solomon’s research reveals that regardless of what we do, we still all end up dead.  This is a result of what happened all the way back in Genesis 3, when God told us what would happen as a result of our sinfulness.  Previously Solomon (and Jesus) told us about the futility of life and that good things will happen to bad people and vice versa.  This is crucial for us to understand, that our “natural being” is sinful and only deserving of being ended.  It is crucial because it is only then that we can fully understand and appreciate the redeeming power of Jesus’ sacrifice on the cross.

As hard as he tries, man cannot be God.

I mentioned Romans 3 in the previous section and quoted verse 23.  Paul’s explanation of Christ’s work is revealed in verse 24, being justified as a gift by His grace through the redemption which is in Christ Jesus as Paul said in Ephesians, so that no man may boast.  We can read Solomon’s writings today piece by piece but when we “zoom out” a little bit we see his grand theme: all is pointless outside of the presence of God.  Our good deeds, our attempts at godliness, and anything else we think we have accomplished is but a speck of existence in the grand scheme of God’s continual creation and work.

Ecclesiastes can seem like a pretty dismal and depressing book if you think it is all about you.  We talked about the godly worldview and if we do not see things this way, our lives are hopeless, meaningless, and pointless.  But, we have hope in God’s love for us.  He didn’t create us to simply fade away, rather to enjoy it fully and in relation with Him.  It is in a relationship with God we find our meaning, our hope, and our purpose.  Anything else is striving after wind.