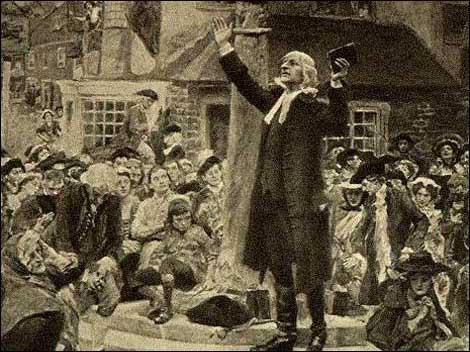 Acts 4:1-4
1 As they were speaking to the people, the priests and the captain of the temple guard and the Sadducees came up to them, 2 being greatly disturbed because they were teaching the people and proclaiming in Jesus the resurrection from the dead. 3 And they laid hands on them and put them in jail until the next day, for it was already evening. 4 But many of those who had heard the message believed; and the number of the men came to be about five thousand.

If there is anything I have learned through reading the bible, it’s that when you start revealing the truth about God’s mysteries, it will always rub people the wrong way.  The other thing I have learned is that there will subsequently be someone who believes as a result.  In our own experiences, we might not tell someone a bible verse or two and suddenly they believe in Jesus as the Christ.  But, it is part of the process of working on their hearts.  As someone explained it to me once, “the process of coming to faith is a like a chain and we get to be one of the links.  Sometimes we are the first link, other times we are the last (when they finally come to faith), but usually we are one in the middle.”

The Sadducees, for those of you who do not know, was the Jewish sect of religious elite in those days which did not believe in resurrection.  While Jesus’ teaching against religion challenged the Pharisees, the Sadducees were challenged by Jesus’ resurrection.  This is why the apostles were arrested that day.  In Mark 12, we find when Jesus told the Sadducees that they were wrong in their theology when they had challenged Him with a complicated question about resurrection and marriage in heaven:

Today’s passage has a simple yet powerful message.  In teaching about Jesus and proclaiming His deity, others will be disturbed.  Jesus challenges our theology and rocks our religion.  As a result, those who have continued to serve their religion instead of God will come against those who preach and teach Jesus because it challenges their very core beliefs.  Some will have their eyes and ears opened and realize the truth of God.  Others will harden their hearts and fight back to silence the Gospel.  It’s always intrigued me when people try to silence the message of God because you will notice that those who do it are deeply challenged by it.  Instead of listening to it for what it is, they’d rather silence it because they cannot bear to hear it.

How have you reacted this way to God’s word?  How have you read or heard something from the scriptures and decided to block it out or ignore it because it goes against what you believe?  Would you rather believe the truth of God or your religion?