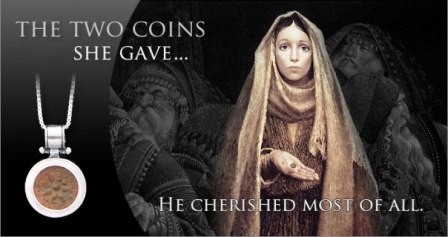 The story of Abel is used by the author to describe the value of our sacrifices.

4 By faith Abel offered to God a better sacrifice than Cain, through which he obtained the testimony that he was righteous, God testifying about his gifts, and through faith, though he is dead, he still speaks.

A couple parts of scripture stick out as other examples that might clarify what the author is talking about here.  The first comes from Jesus as He taught His disciples about true offering and sacrifice in Mark 12:

Couple this with what we read in Romans 12:

Some may read the story of Cain and Abel and think, “well, no wonder Cain killed Abel, God showed Him favor.  It’s God’s fault, isn’t it?”  As you read in Genesis 4, you will see that God instructed Cain to be master over sin and to not let it overcome him.  As we know, this is what happened and Cain killed his brother.  Pride, self-exaltation, and envy all play into this sinful act.  When Abel offered the fruit of his labor to God, he did it in a self-sacrificial way.  He did it through faith and love and honor to God.  Cain did it just because he thought it would earn him favor with God and when it didn’t, he got angry.  In 2 Corinthians 9 we read:

God would rather you give nothing at all instead of giving out of conceited and selfish reasons.  God says He will bless those who give from a pure heart, but that pure heart is only attainable by God Himself.  Otherwise, we are giving so we can get more back.  Some of you might think this is an evil set up just to get you to follow Jesus or believe in God.  But the truth is, God doesn’t need or want your money because He wants to get rich.  He doesn’t need the first fruits of your crop or the new unblemished lamb because He is hungry.  He wants your heart.

Abel’s testimony lives on not because he was unjustly killed, but because he gave to God from a pure and innocent heart.  He gave with the intention of honoring God with what God had given him.  I’ll never forget the story I heard from some short-term missionaries who visited an orphanage or village who brought candy along to share with the kids.  After a week there as they were getting ready to leave, the kids gave the missionaries some of the candy back.  Clearly confused, they asked what the problem was with the candy and one little boy responded, “We wanted to give you something to show our love and appreciation for coming and spending time with us but we have nothing to give but this candy you gave us, so please take this as a sign of our thanks.”  This is how God calls us to give.