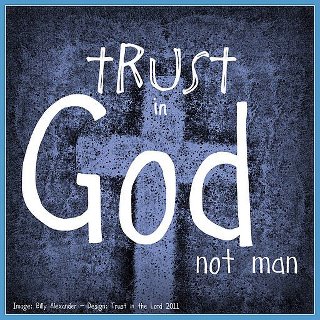 Acts 9:10-20
10 Now there was a disciple at Damascus named Ananias; and the Lord said to him in a vision, “Ananias.” And he said, “Here I am, Lord.” 11 And the Lord said to him, “Get up and go to the street called Straight, and inquire at the house of Judas for a man from Tarsus named Saul, for he is praying, 12 and he has seen in a vision a man named Ananias come in and lay his hands on him, so that he might regain his sight.” 13 But Ananias answered, “Lord, I have heard from many about this man, how much harm he did to Your saints at Jerusalem; 14 and here he has authority from the chief priests to bind all who call on Your name.” 15 But the Lord said to him, “Go, for he is a chosen instrument of Mine, to bear My name before the Gentiles and kings and the sons of Israel; 16 for I will show him how much he must suffer for My name’s sake.” 17 So Ananias departed and entered the house, and after laying his hands on him said, “Brother Saul, the Lord Jesus, who appeared to you on the road by which you were coming, has sent me so that you may regain your sight and be filled with the Holy Spirit.” 18 And immediately there fell from his eyes something like scales, and he regained his sight, and he got up and was baptized; 19 and he took food and was strengthened. Now for several days he was with the disciples who were at Damascus, 20 and immediately he began to proclaim Jesus in the synagogues, saying, “He is the Son of God.”

Isn’t this a weird series of events?  I mean I get the Damascus Road confrontation.  But then Saul has to be blind for 3 days then some other guy who is afraid of Saul has to come and pray over him to receive the Holy Spirit, then scales fall from Saul’s eyes, he gets baptized and suddenly starts preaching the Gospel.  Could this have all been coincidence?  Here we have the explanation of God orchestrating different events through different people, but could it all have just been an accident?  There are only two explanations for this series of events: either it all happened or none of it happened.  Why else would Saul of Tarsus, the greatest persecutor of followers of Jesus, completely change his attitude and mission?  We saw how dedicated he was; he took pleasure in Stephen’s execution!

One of the subtle things in this passage is what Saul did afterwards. For several days he was with the disciples who were at Damascus.  Suddenly he is hanging out with the very people he was persecuting!  With the explanation of his conversion, it seems only natural that he would start hanging out with them but let’s stop to think about the disciples’ reaction to Saul showing up.  How accepting were they of him?  Perhaps he told them his story and Ananias confirmed it.  But how hard would it be for you to trust someone who was running around looking to arrest people like you who suddenly wanted to be your friend?  We would avoid them, wouldn’t we?  We would have absolutely no trust in that person’s words.  In today’s society we trust no one and we especially don’t trust them if they have been throwing all our friends in jail and supervising their unjust murders.

Here is an example of having more trust in God than in men.  Many times God calls us to be vulnerable.  He calls us to take a risk and put ourselves in a position where we feel uncomfortable because we have to trust untrustworthy people.  The secret, however, is that it isn’t about trusting or not trusting people, rather it is about trusting God regardless of the people around you.  The disciples were close followers of Jesus.  They had a relationship with God and they knew even if Saul couldn’t be trusted, God could be trusted.  They understood that God’s will was ultimate and that if they were destined to be arrested or killed, there was nothing they could do to stop it.  They also knew that if Saul really had been converted, then he was one of them anyway.  Either way, they still accepted him into the group and took him at his word because they knew God was in control.

How often do we distrust God’s protection and provision because of our distrust of other people?  How many times have we made decisions based on our fears instead of our faith?  We must concern ourselves less of the untrustworthiness of mankind and more with the good Will of God.

Here is a short video I found depicting the conversion of Saul.