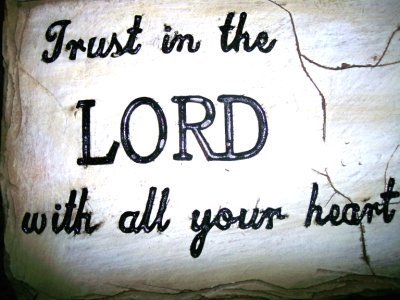 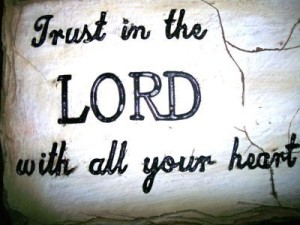 Mark 5:25-34
25 A woman who had had a hemorrhage for twelve years, 26 and had endured much at the hands of many physicians, and had spent all that she had and was not helped at all, but rather had grown worse – 27 after hearing about Jesus, she came up in the crowd behind Him and touched His cloak. 28 For she thought, “If I just touch His garments, I will get well.” 29 Immediately the flow of her blood was dried up; and she felt in her body that she was healed of her affliction. 30 Immediately Jesus, perceiving in Himself that the power proceeding from Him had gone forth, turned around in the crowd and said, “Who touched My garments?” 31 And His disciples said to Him, “You see the crowd pressing in on You, and You say, ‘Who touched Me?’ ” 32 And He looked around to see the woman who had done this. 33 But the woman fearing and trembling, aware of what had happened to her, came and fell down before Him and told Him the whole truth. 34 And He said to her, “Daughter, your faith has made you well; go in peace and be healed of your affliction.”

This is a quite popular story from the bible because it reveals the simplicity and difficulty of faith and its power.  Is it really this simple?  Is it really as simple as believing you will be healed and it will happen?  What about all those who have believed in God for healing but continued getting worse?  Some people don’t like the explanation that, “well, it wasn’t God’s will for you to be healed.”  While this may be true as to why someone didn’t get healed, it doesn’t help us deal with it any easier.

This story was wrapped up in the account of Jesus going to the house of Jairus to heal his ailing (and subsequently dead) daughter.  Jesus in that process revealed that even though He was the intermediary, it was ultimately the faith of the people in the room that raised her from the dead.  So how then do we deal with the lack of healing in our lives?  This is a real question that bears discussion because I think we struggle with it all the time.  Even if we accept the response that “it wasn’t God’s will” as an acceptable answer, on the inside we still feel disappointed with God and abandoned by Him.

I can really only talk about my perspective because I do not know of your personal circumstances or struggles.  There are two elements that are necessary to have this kind of interaction with God. Too often we assume we know God’s will and move forward in our actions expecting God to bless it or at least hoping He will and when He doesn’t, we get upset.  I generally use the analogy of a small child trying to make breakfast in bed for his parents.  He makes a mess, he burns the pancakes, he covers it in ketchup to hide the burnt flavor, and picks a couple weeds out of the yard to make it look pretty.  Generally, most parents while appreciating the gesture, find a way to tell the child that they shouldn’t do that again because the food wasn’t that good, they put themselves at danger by using the stove, and now there is a mess to clean up.  It was a nice thought but against their will.  Now, we don’t have much information about this woman and her relationship with God.  Maybe she didn’t have one at all, but she was certain of Jesus desire for people to be healed.  It is why she went to Him, because she had heard of His miraculous healing throughout the land.  It was worth pushing through the crowd just to touch His cloak.  In knowing God’s will, we know what to seek knowing confidently that it will be blessed because it is what He wants.  God’s blessing isn’t a question.  We see this happen all throughout the Old Testament when God tells people to go do something and that He will be behind them if they are obedient.

Our faith is our trust in God, as we have discussed previously.  The more we trust God, the more faith we have.  This is a result of our relationship with Him.  The closer we grow in Him, the more faith we will have.  Just like our relationships with others, we grow to trust them more as we grow in our relationship with them.  We also learn more and more of their will and desires because our strengthening connection allows for the exchange of those kind of conversations.  Just before Jesus’ ascension, however, we learn an interesting point about faith.  As Jesus is showing “Doubting Thomas” His wounds from the cross in John 20, Jesus reveals Thomas’ lack of faith that He was resurrected:

[quote]27 Then He said to Thomas, “Reach here with your finger, and see My hands; and reach here your hand and put it into My side; and do not be unbelieving, but believing.” 28 Thomas answered and said to Him, “My Lord and my God!” 29 Jesus said to him, “Because you have seen Me, have you believed? Blessed are they who did not see, and yet believed.”[/quote]

Jesus reveals that our faith is more valuable if we do not have to be shown evidence.  This isn’t to say that the need to see to believe is bad, but that it will limit one’s faith.  This is ok!  The Apostle Paul writes that each of us is given a measure of faith from God for the task He has given us here on earth.  But what if we lack this kind of faith?  What if we are missing the 100% fully committed and trusting God faith that seems to be necessary for these kind of things to happen in our life?  James, Jesus’ brother, writes in the first chapter of his contribution to the bible:

[quote]5 But if any of you lacks wisdom, let him ask of God, who gives to all generously and without reproach, and it will be given to him. 6 But he must ask in faith without any doubting, for the one who doubts is like the surf of the sea, driven and tossed by the wind. 7 For that man ought not to expect that he will receive anything from the Lord, 8 being a double-minded man, unstable in all his ways. 9 But the brother of humble circumstances is to glory in his high position; 10 and the rich man is to glory in his humiliation, because like flowering grass he will pass away.[/quote]

We must ask God wholeheartedly and humbly.  Yes, you can ask God for more faith!  “Lord, help me to believe, help me to trust you more, help me to know in the depths of my soul your will for me and that you are God.”  Sometimes I think we work so hard to try to believe something but in reality we cannot believe it.  We are trying too hard because we have bound ourselves to the concepts of this world.  We have limited our thinking and reality in such a way that we have left no room for the Kingdom of God.  Our faith (trust in God) is necessary to witness these things in our lives.  Too often we expect to see the miracle before we believe and the majority of the time it happens the other way around.  Why have we stopped witnessing miracles?  Because we want the proof before we trust instead of trusting God for what He says and witnessing the fruit of that trust.  In Psalm 46, we find a common quoted phrase from the bible, “be still and know that I am God.”  In the New American Standard Bible, it says, “cease striving,” which I think better reveals the point that we need to stop trying so hard to do it on our own and just trust and know that He is God.  He is who He says He is and we can trust in that.  To close today, let us reflect upon this psalm and recognize the areas of our lives where we are striving to hard instead of just trusting God.