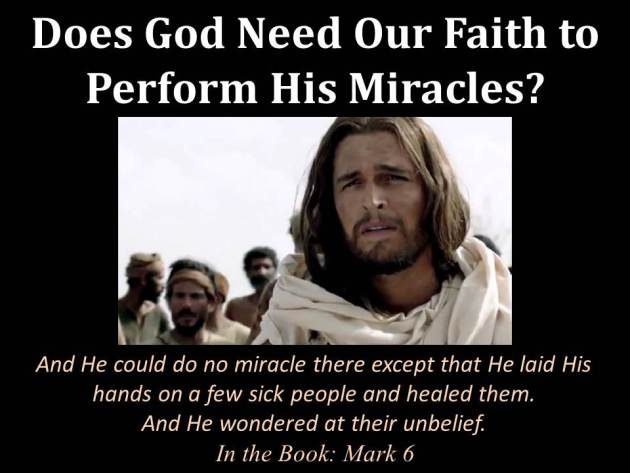 Mark 6:1-6
1 Jesus went out from there and came into His hometown; and His disciples followed Him. 2 When the Sabbath came, He began to teach in the synagogue; and the many listeners were astonished, saying, “Where did this man get these things, and what is this wisdom given to Him, and such miracles as these performed by His hands? 3 “Is not this the carpenter, the son of Mary, and brother of James and Joses and Judas and Simon? Are not His sisters here with us?” And they took offense at Him. 4 Jesus said to them, “A prophet is not without honor except in his hometown and among his own relatives and in his own household.” 5 And He could do no miracle there except that He laid His hands on a few sick people and healed them. 6 And He wondered at their unbelief. And He was going around the villages teaching.

I’ve always thought this passage was strange…that is until I officially became a missionary.  I suppose the thing that makes people question what is happening is when all of a sudden you have a drastic change in your life that is unexplainable.  We tend to picture Jesus as the perfect child, turning water into baby’s milk and levitating His brothers for fun.  While He might have been a good kid, “the perfect child” even, He was still a normal human being.  Actually, even in this instance, Jesus is still perfectly human.  The only difference is that He is empowered by the Holy Spirit.  Yes, Jesus was God incarnate, but He was still fully man.  The Apostle Paul explains this often missed point in Philippians 2:

[quote]5 Have this attitude in yourselves which was also in Christ Jesus, 6 who, although He existed in the form of God, did not regard equality with God a thing to be grasped, 7 but emptied Himself, taking the form of a bond-servant, and being made in the likeness of men. 8 Being found in appearance as a man, He humbled Himself by becoming obedient to the point of death, even death on a cross. 9 For this reason also, God highly exalted Him, and bestowed on Him the name which is above every name, 10 so that at the name of Jesus EVERY KNEE WILL BOW, of those who are in heaven and on earth and under the earth, 11 and that every tongue will confess that Jesus Christ is Lord, to the glory of God the Father.[/quote]

Jesus’ perfection wasn’t because He was God on earth.  In fact, He wasn’t God on earth in His own being; He was man on earth empowered by God.  Think about that for a minute and contemplate how that challenges your historical view of Jesus.  His obedience is what made Him perfect.  The Holy Spirit is what made Him powerful.  As we follow this story in Mark, Jesus returns to His hometown after this Holy Spirit transformation.  The townspeople knew He was a good kid and maybe some of them even bought into the story Mary told them about Him being the Son of God, but none of that mattered.  They couldn’t believe that He would be the one who grew to be an educated and powerful man in God.  As it says in verse 6, “He wondered at their unbelief,” and you might wonder at their unbelief as well.  If anyone would believe, we would think it would be the ones who knew Him best.  I’ve seen it written in some discussions on the book of James, written by Jesus’ brother, that even he didn’t believe in Jesus as the Christ right away.  I imagine maybe after a while of hearing about the things He was doing, James decided to check it out for real.

Another subtle aspect of this part of Jesus’ story is essential for us to understand in regards to the Holy Spirit.  We have been reviewing Jesus’ miracles throughout this study and I have mentioned more than once that the miracles performed were not a result of Jesus’ power, but of a combination of the power of the Holy Spirit and the belief/faith/trust of others.  This is where we get the principle of miracles being directly proportionate with our faith.  Sure, Jesus was able to do a few things, but ultimately, their unbelief resulted in little to know miracles.  If you are still wondering why today we do not see the same amount of miracles that happened back then, here is your answer.  Our faith and belief is lacking!

Now, I know some of you might be thinking down the rabbit hole that this indicates we control God’s power.  Maybe some of you are thinking that this indicates that we “only see it if we are looking for it,” revealing more of a superficial existence of God, His power, and miracles.  These views are partially right, in that God calls us to “seek first the Kingdom of God,” and as we discussed in the previous post, “Blessed are they who did not see, and yet believed.”  Jesus’ main task while ministering on earth was to reveal the Kingdom of God to others.  His first words of ministry were, “the Kingdom of God is at hand, repent and believe in the Gospel.”  This display of little miracles in an unbelieving town is another revelation of God’s Kingdom.  If you don’t believe, you will not find yourself in His presence nor as witness of the Kingdom of God.  It isn’t necessarily about controlling God’s power or having reign over His affect on us (this is purely selfish and as old as Satan’s first lie).  The truth is that if you will have no part of God, He will have no part of you.  He doesn’t need our faith, our trust, our belief in Him to be God, He is God regardless of the state of our own belief in Him.  He would like your involvement in His Kingdom because you are His creation.  He loves you as His own which is why Jesus died for us so we can be reconciled back to Him, but He isn’t going to run around chasing after us begging for us to come back.  He wants us but doesn’t need us.  Our human mindset full of pride and selfishness makes us think that we are needed by God.  It is the exact opposite: God is needed by us to witness His Kingdom, His saving grace, His power on earth.

Let us not get caught up in the lies of self-dependence or that we are gods ourselves.  The devil convinced Adam and Eve of this and look where it got us!  He’s been whispering the same temptation ever since, deceiving us to believe that we have control of our environment and we can do it with or without God.  This is why people don’t believe.  This is why people have little faith.  As Jesus said in Mark 5:36, “don’t be afraid, only believe.”  We are afraid of losing the control we think we have on our lives and the environment around us.  We are afraid that by believing in God for who He is, we will lose a part of ourselves.  It is true that we will, the prideful, arrogant, self-centered selves we are thinking we can “be like god.”

Where are you lacking in belief today?

P.S. – I found an interesting article that further points out the silliness of this dangerous thought process that God needs our faith in order to reveal Himself to us.  You can read it here.