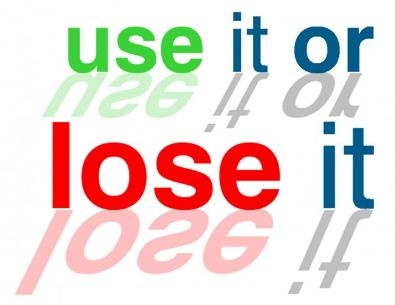 The previous passage discussed thorns and thistles sprouting as a result of those seeds being planted.  The author is talking about his audience not having this problem and to stay the course until the end, putting to use what they have been given.

9 But, beloved, we are convinced of better things concerning you, and things that accompany salvation, though we are speaking in this way. 10 For God is not unjust so as to forget your work and the love which you have shown toward His name, in having ministered and in still ministering to the saints. 11 And we desire that each one of you show the same diligence so as to realize the full assurance of hope until the end, 12 so that you will not be sluggish, but imitators of those who through faith and patience inherit the promises.

One thing we need to be careful that we are understanding in this passage is what we read in verse 9, that this type of life accompanies salvation, not causes salvation.  The author isn’t saying that by showing this love and doing this work that God then accepts us into His kingdom because we have proven ourselves worthy.  This in fact would be contrary to what the bible tells us is the process of salvation.  However, what we see the author explaining here is what James, the brother of Jesus, explained in his book.

14 What use is it, my brethren, if someone says he has faith but he has no works? Can that faith save him? 15 If a brother or sister is without clothing and in need of daily food, 16 and one of you says to them, “Go in peace, be warmed and be filled,” and yet you do not give them what is necessary for their body, what use is that? 17 Even so faith, if it has no works, is dead, being by itself. 18 But someone may well say, “You have faith and I have works; show me your faith without the works, and I will show you my faith by my works.” 19 You believe that God is one. You do well; the demons also believe, and shudder. 20 But are you willing to recognize, you foolish fellow, that faith without works is useless? 21 Was not Abraham our father justified by works when he offered up Isaac his son on the altar? 22 You see that faith was working with his works, and as a result of the works, faith was perfected; 23 and the Scripture was fulfilled which says, “And Abraham believed God, and it was reckoned to him as righteousness,” and he was called the friend of God. 24 You see that a man is justified by works and not by faith alone. 25 In the same way, was not Rahab the harlot also justified by works when she received the messengers and sent them out by another way? 26 For just as the body without the spirit is dead, so also faith without works is dead.

This is how we stand firm in the faith, by using it.  We look at “spiritual superstars” and wonder how it is possible to be like them.  From the apostles in the scriptures to our own pastor in our church, we look up to them and see them as superhuman.  However, the way they are is how we are all called to be.  We become this way by acting out our faith on a daily basis.  We put to use what we’ve learned and in doing so we get to grow.  Just like someone who lifts weights regularly, we must exercise our faith or else it will slowly fade away.  This is how we can realize the full assurance of hope until the end.

I understand that it might not quite make sense; it might seem even contradictory to what you have been taught or have experienced, but this is how it works.  How will you discover that it works?  Do it!  Too many people read what is written in the bible and without putting it to use, automatically deny its functionality.  I could explain to you how a car engine works to its fullest detail yet some would refuse to turn the key; instead they would like to negotiate their way out of taking the risk of discovering the truthfulness of the words in the bible.

How are you neglecting putting to use the faith God has given you?  In what ways can you dare to trust God for what He says so that you may understand His sovereignty?