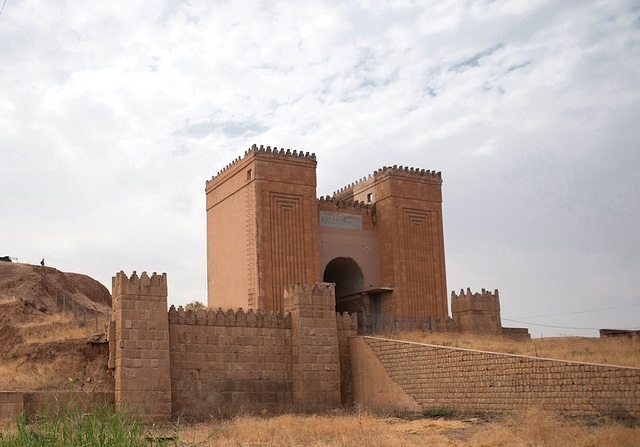 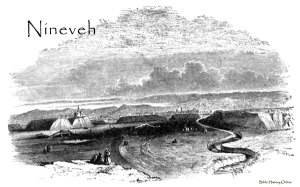 When our parents punish us for not obeying them or we reap the consequences of not obeying them, the next time they tell us to do something, we will be more likely to comply, won’t we? Jonah had a lot of time to think about his decision to disobey God and try to run away. 3 days inside a whale’s digestive tract will do the trick!

Yet, Jonah’s faith in God was tested once again. The first time that God told him to go to Nineveh, God said to preach against their wickedness. We can imagine in this instance that if it were us going, we would have the whole journey there to think about what we would say. This time, however, God just tells him to expect God’s wisdom of speech once he gets there. So not only is Jonah supposed to go speak against the sinful city, but he has to rely on God for the words to say. At first we might think this is more comforting, but our desire to control situations ourselves might put us at unease in this case.

The author reiterates the greatness of Nineveh. The “three days’ walk” reference does not indicate how far away it was, but how long it would take for one to cross the entire city which is estimated to have been about 60 miles wide. It had become the capital of the Assyrian empire and had over 120,000 residents. It was also the center for worshiping Ishtar, the fertility goddess. Nineveh was not a city to mess with. Not only was it a booming city, but it was the residence of some of the kingdom’s rulers. Speaking against Nineveh would be akin to speaking against the kingdom itself. But God’s Kingdom is more powerful that any manmade kingdom and Jonah was finally convinced that God had his best interest at heart.

When we are called to trust God for what He says, we are called to trust Him in a way that stretches us out of our comfort zone. God wants us to take comfort in Him, not in what we know, think, or feel. So often we struggle against this, ignoring when He tells us what He wants us to do. That still small voice inside us that is His Word coming to us is often brushed off because, “it sounds crazy.” Yes, indeed it sounds crazy because we would never do it of our own volition. That’s the point! Look at Jonah, not only did he think God was crazy, but he tried to run away from it all. Yet God showed Jonah that through a treacherous storm and living inside of a big fish for three days, that He will protect him.

We tend to look at Jonah’s rough experience as a joke and a fairy tale to relate to kids in bible school. Yet, the truth is that Jonah’s experience in running from God not only showed him who God is, but also how much God loves him and has his back! We could very easily look at Jonah’s experience and call God cruel for doing it. But, it helped shape and grow Jonah’s faith, which caused him to walk with confidence towards this great city knowing that all the faculties of God’s Kingdom were behind him. Can you look back and see the trials God brought you through that helped to grow your own faith? We generally think that God “punishes” us because of our disobedience when in actuality He grows us. Certainly, there are consequences to disobedience, but the experience doesn’t end there. He uses our disobedience to reveal to us the truth behind His commands that He wants to use us in a mighty way to expand His Kingdom on earth but we must trust in Him and obey Him.

Are you bold enough yet to walk to Nineveh?