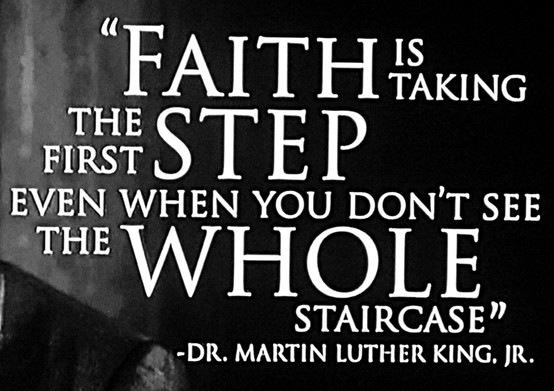 Let’s look at a popular passage that has major implications for our lives.

Now faith is the assurance of things hoped for, the conviction of things not seen. 2 For by it the men of old gained approval. 3 By faith we understand that the worlds were prepared by the word of God, so that what is seen was not made out of things which are visible.

Verse 2 seems a little odd if you don’t read ahead.  The author is getting ready to use examples from Israel’s past to demonstrate what faith is and how it benefits us.  But how did they “gain approval”?  In Romans 4, the Apostle Paul writes, “5 But to the one who does not work, but believes in Him who justifies the ungodly, his faith is credited as righteousness,” – this is in the middle of his explanation that our godly righteousness does not come from works (ie being a good person).  There are times in the bible that talk about us being God’s righteousness.  We see instances of being adorned or clothed with His righteousness such as in Isaiah 61:10, “I will rejoice greatly in the Lord, My soul will exult in my God; For He has clothed me with garments of salvation, He has wrapped me with a robe of righteousness, As a bridegroom decks himself with a garland, And as a bride adorns herself with her jewels.”  But how does this relate to faith?  If righteousness is the clothing we put on, then faith is the action of being clothed with it.

Faith is trusting in something.  If we are told something, our faith is believing the truth in what we are told without having 100% certainty.  We might have assurance and conviction of its truth, but without the possibility of being wrong, there is no faith.  A while back I defined faith as 3 pronged; you can read the explanation here in What Is Faith?.  What I’d like us to ponder today is the necessity of faith for our relationship with God.  Some people claim to not have faith, meaning they don’t think God exists.  However, they do have faith.  They have faith that God doesn’t exist.  They cannot prove He doesn’t exist.  Much like most people today cannot prove that He does.  Surely, we all have our personal examples of God’s existence in our lives, but the scientific proof that the world seeks is nonexistent.  This is because of what we read in verse 3.  God’s existence is not based on worldly standards.  I discussed this dilemma at length in my science vs. God post.  Some people think that faith in the existence of God is just a perspective that is formed and clouded by centuries of culture and custom.  This would be a good argument except that if we read the bible and put it to use, we will see that the “tradition” is God’s consistence over time.  This is why it is so important for us to analyze and study the bible.  It is a collection of accounts of man’s encounter with God over thousands of years.

Some people have faith that “something bigger” exists, but they don’t dare to explore it.  Other people have faith that when we die, we simply become fertilizer.  You might have faith that your car is going to start tomorrow morning.  Others have faith that they are going to win the lottery.  Faith is another way of saying trust.  Belief is another synonym for these things: belief is the assurance of things hoped for.  The only way that I can prove to you the existence of God is by pointing you in the direction of how you can experience it for yourself.  This is why Jesus tells us that all it takes is a mustard seed sized amount of faith.  Because all it takes is for you to trust that there just might be a possibility that “all this God stuff” is real and take the chance of putting it to use and exploring the possibilities.

Our fear (the opposite of faith) prevents us from taking these steps or leaps of faith because we are afraid that we might be proven wrong.  We are afraid of failure; we are afraid of finding out that what we hoped for and trusted in wasn’t correct.  Then what?  Our beliefs of spirituality (or the lack thereof) are very central to our core being.  It drives who we are. (This to me is evidence of the spiritual realm on a very basic level).  If we challenge our tradition, our upbringing, and our experience to discover if it is real (the ultimate truth), there is a possibility of finding out that not only were we misled, but we believed a half-truth or a flat out lie.  Our pride wars against this because we don’t want to look like a fool.  Yet, we are foolish to not seek out the whole truth.  As we seek out the truth (in the bible this is known as hungering and thirsting for righteousness), we will discover it and as we discover it, God will reaffirm it in ways you couldn’t even imagine.

So what are you afraid of?  Why won’t you seek out the real truth?  Instead of being stubbornly prideful of what you think is the truth, why not challenge your beliefs?  Why not look past man’s explanations of reality and look for actual reality.