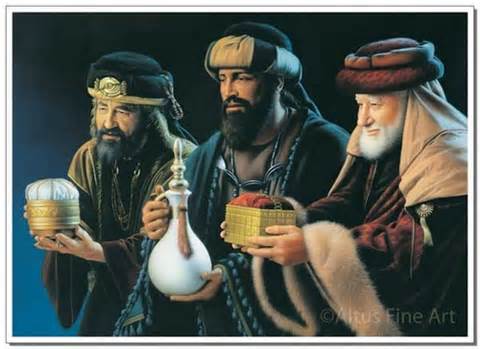 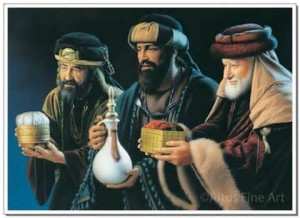 1 Now after Jesus was born in Bethlehem of Judea in the days of Herod the king, magi from the east arrived in Jerusalem, saying, 2 “Where is He who has been born King of the Jews? For we saw His star in the east and have come to worship Him.” 3 When Herod the king heard this, he was troubled, and all Jerusalem with him. 4 Gathering together all the chief priests and scribes of the people, he inquired of them where the Messiah was to be born. 5 They said to him, “In Bethlehem of Judea; for this is what has been written by the prophet: 6 ‘AND YOU, BETHLEHEM, LAND OF JUDAH, ARE BY NO MEANS LEAST AMONG THE LEADERS OF JUDAH; FOR OUT OF YOU SHALL COME FORTH A RULER WHO WILL SHEPHERD MY PEOPLE ISRAEL.’ ” 7 Then Herod secretly called the magi and determined from them the exact time the star appeared. 8 And he sent them to Bethlehem and said, “Go and search carefully for the Child; and when you have found Him, report to me, so that I too may come and worship Him.” 9 After hearing the king, they went their way; and the star, which they had seen in the east, went on before them until it came and stood over the place where the Child was. 10 When they saw the star, they rejoiced exceedingly with great joy. 11 After coming into the house they saw the Child with Mary His mother; and they fell to the ground and worshiped Him. Then, opening their treasures, they presented to Him gifts of gold, frankincense, and myrrh. 12 And having been warned by God in a dream not to return to Herod, the magi left for their own country by another way.

I told my wife the other day that as I continue to read the scriptures, I have become more disappointed in some of the Christmas songs we sing; they give an incorrect interpretation of the scriptures. In reading Daniel Harris’ Wait, an advent devotional for Christmas, he brings up a good point about these magi and the difference between who we think they are and who they really are:

These wise men come into Matthew’s account of Jesus’ birth about as tamely as an electric shock, but our Christmas cards and nativity sets have mellowed them to the extent that we no longer notice their jolt. (By the way, I don’t think you need to do this but, if you’re interested in making your Christmas celebration this year a bit more congruent with the biblical stories of Jesus ’ birth, the most obvious change you can make is to remove the wise men from your nativity set. Nothing in the Bible indicates that they were kings, nor that there were three of them, nor that they were present to see Jesus in a manger.) Matthew’s gospel is thoroughly Jewish–– clearly written by a devoutly Jewish author and intended for a primarily Jewish audience. Yet immediately after writing about Jesus’ birth, the gospel introduces these magi, apparently professional astrologers, who have deduced from the signs in their night sky that a new king has been born to the Jews. The inescapable irony here is that a ) they’re right, and b) the Jews would never have approved of their astrology and regarded it as a pagan practice. To again attempt a more modern equivalent of the surprise of the situation, the pagan astrologers’ ability to locate the newborn Jewish Messiah (which no Jewish person had been able to do) would be about as expected as walking into your church for worship–– let’s say on Easter Sunday–– and being inspired by the finest sermon on Jesus’ resurrection that you’ve ever heard… this time, from a Buddhist monk. Those wise men didn’t fit within the paradigms of any early hearer of Matthew’s story. They were the wrong people, with misguided beliefs, who got their information in inappropriate ways… and it all led them (alone) to the Messiah. Matthew doesn’t shy away from saying that they recognized him as the king of the Jews, and they acted accordingly when they saw him.

Maybe the age-old Christmas melody paints a picture of the mysticism of these desert wanderers and God’s announcement to everyone (not just the Jews) of the arrival of their new King. Herod heard about this new King, the magi heard about Him, and even the shepherds were told, who were sleeping in the meadows minding their own business. I’m always intrigued to discover the origin of things and we can see that the “three kings” idea came from the three types of gifts they brought for Jesus (which in itself is interesting given they are spices of royalty and embalming, but that’s a different lesson altogether). As far as the word magi is concerned, they were mystics, sorcerers, magicians, and astrologers. Nothing says “king” about them other than the fact that they freaked people out and therefore maybe people regarded them as powerful beings…like a king. It’s interesting, however, that they recognized Jesus as the King and even Herod did (or else, why would he be afraid of the baby?)

I recently finished a book about God’s Kingdom and how it is more entwined with our natural beings than we think. Our knowledge of God’s existence is woven into the very fabric of who we are; it is in our DNA. Jesus as His Son and our King is also a hidden truth deep in our hearts. If sheepherders, magicians, and atheistic politicians can recognize the truth behind Jesus as the Messiah, then why can’t we? Every person in the story has their own perspective and explanation of these events (which Matthew tried hard to capture). We must recognize our spiritual battle, which is not just recognizing the existence of God and the birth of His Son on earth, but trusting that it is for our own good! Satan has become very good at deceiving us otherwise and it is interesting how we can come up with a million excuses as to why we refuse to accept it even as a possible truth yet are so easily convinced about other things from people who otherwise shouldn’t receive much clout from us. If people who didn’t care much for God could recognize His existence and His salvation, how stiff necked are we to turn away from it altogether?