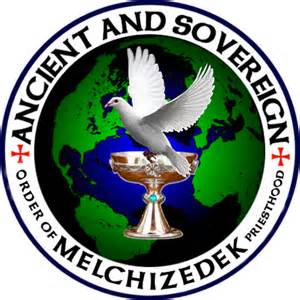 As the author opens a chapter describing the importance of Melchizedek, we learn his purpose in the Jewish tradition.

For this Melchizedek, king of Salem, priest of the Most High God, who met Abraham as he was returning from the slaughter of the kings and blessed him, 2 to whom also Abraham apportioned a tenth part of all the spoils, was first of all, by the translation of his name, king of righteousness, and then also king of Salem, which is king of peace. 3 Without father, without mother, without genealogy, having neither beginning of days nor end of life, but made like the Son of God, he remains a priest perpetually.

Genesis 14 is where we find the account of Melchizedek and Abram meeting after a huge battle that took place in the region between 9 kings.  In reading the Old Testament, we will find very heavy symbology that points towards the culmination of the sacrifice and deity of Jesus.  Melchizedek is a figure in Jewish history that gives them a glimpse of who Jesus is and would be for them.  We see here that he was made to be like the Son of God (a reference to Jesus) being a king of peace and righteousness.

I find it interesting that I happen to be studying this in the Christmas season.  We proclaim Jesus as the prince of peace and here we find a literal application of Melchizedek being the king of peace.  In Isaiah 9, we find a prophecy concerning the coming of Jesus where he is called the prince of peace and wonderful counselor.  Melchizedek embodied this image before the Jewish nation was established.  While the creation story was recorded and preserved for the nation to remember, they didn’t necessarily have the Gospel according to John, where we learn that Jesus was the Word of God, which was spoken to bring about the existence of all creation.  So, Melchizedek was put on the scene to represent that and bring weight and importance to Jesus once He arrived.  This is crucial because it reveals that Jesus wasn’t subject to being just the savior of the Jews, but to all mankind as Melchizedek was not a priest under Jewish order, but simply under the Order of God.

Jesus is our high priest, just as the author stated in Hebrews 3:1, “Therefore, holy brethren, partakers of a heavenly calling, consider Jesus, the Apostle and High Priest of our confession; 2 He was faithful to Him who appointed Him, as Moses also was in all His house. 3 For He has been counted worthy of more glory than Moses, by just so much as the builder of the house has more honor than the house.” The priests that came before Him were a temporary representative of Jesus to the people.  Going forward, we as followers of Christ are representatives to others of Jesus.