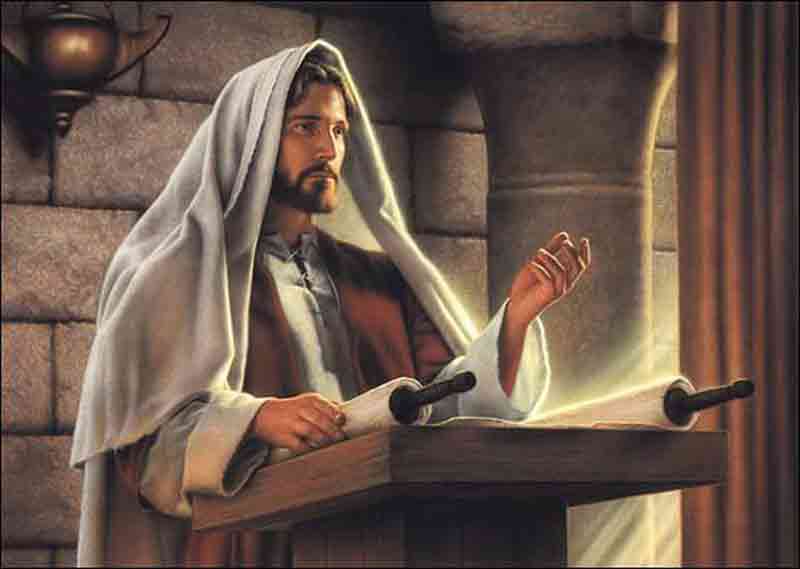 Acts 8:5-8
5 Philip went down to the city of Samaria and began proclaiming Christ to them. 6 The crowds with one accord were giving attention to what was said by Philip, as they heard and saw the signs which he was performing. 7 For in the case of many who had unclean spirits, they were coming out of them shouting with a loud voice; and many who had been paralyzed and lame were healed. 8 So there was much rejoicing in that city.

I’ve begun having problems with the phrase, “Preach the Gospel and when necessary, use words.”  I understand the concept behind it: that we are supposed to live the Gospel, not just talk about it.  However, I think it gives us license to never talk about Jesus.  In today’s politically correct world, we are told not to talk about things that offend others.  This is especially true if it has to do with Jesus.  Some employers won’t even let their employees say, “Merry Christmas” anymore.  But, as we have been reading, the message of Christ is supposed to offend others!

If God’s message through Jesus wasn’t impactful and challenging, then it wouldn’t be something worth talking about and changing your life over, would it?  For those who don’t remember, Samaria is the town that the Jews hated.  Jesus’ disciples thought it was strange that he wanted to spend some time there when He went to go talk to the woman at the well.  The story of the Good Samaritan is about revealing that a race that was completely despised still had the capacity to love unconditionally and more so than the supposed religious leaders of the time.

Jesus’ message is radical.  Yes, it should change our lives and we should be affected on a core level by His words.  Part of this change should be how we talk and what we talk about.  I’ve noticed in myself that the closer I grow in my relationship with God, the more I wind up talking about Him in casual conversations.  Some might see this as indoctrination or taking advantage of the situation to evangelize, but really it is just that He has become such an integral part of my life; I can’t really not talk about Him.  Think about your life.  That which you are most involved in is most likely a common topic of your conversations.  If you have children, you most likely talk about them a lot.  If you are deeply involved in your work, it probably comes up while talking with friends.  If you have a new romantic interest, you probably bring that person up in casual conversation.  It is the same with Jesus.

I’m afraid we have taken the aforementioned quote to give us a pass not to talk about Jesus because we are afraid of what people might say.  Yet as we have been reading throughout Acts, Jesus’ disciples preached on many levels: words, actions, and how they live.  The world isn’t bashful in talking about their jobs, their kids, or their new boyfriend or girlfriend, so why should we be bashful about talking about our Savior?