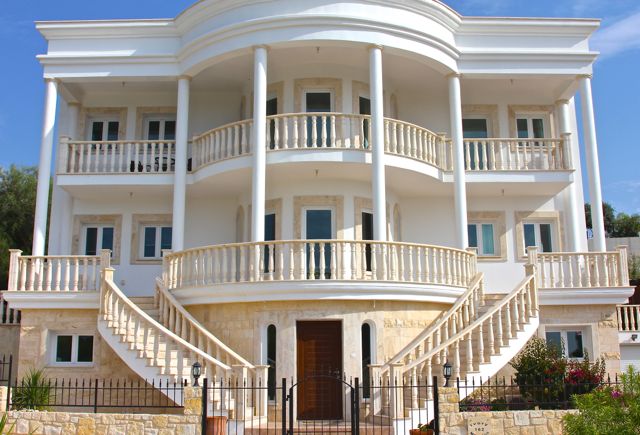 Amos 3:9-15
9 Proclaim on the citadels in Ashdod and on the citadels in the land of Egypt and say, “Assemble yourselves on the mountains of Samaria and see the great tumults within her and the oppressions in her midst. 10 But they do not know how to do what is right,” declares the Lord, “these who hoard up violence and devastation in their citadels.”
11 Therefore, thus says the Lord God,
“An enemy, even one surrounding the land,
Will pull down your strength from you
And your citadels will be looted.”
12 Thus says the Lord,
“Just as the shepherd snatches from the lion’s mouth a couple of legs or a piece of an ear,
So will the sons of Israel dwelling in Samaria be snatched away—
With the corner of a bed and the cover of a couch!
13 “Hear and testify against the house of Jacob,”
Declares the Lord God, the God of hosts.
14 “For on the day that I punish Israel’s transgressions,
I will also punish the altars of Bethel;
The horns of the altar will be cut off
And they will fall to the ground.
15 “I will also smite the winter house together with the summer house;
The houses of ivory will also perish
And the great houses will come to an end,”
Declares the Lord.

What sinfulness is revealed here?  Why would the punishment be the crumbling of buildings, destroying of landmarks, and losing of prized possessions?  Pride in worldly stature. There are a couple nations in the world today that could be privy to this kind of correction and readjustment, the United States being one of them.  Some people say that the 9/11 tragedy was punishment from God for American sinfulness, but quite honestly, based on what we are reading in Amos it seems like the whole country would have been ransacked if it was from God.  How often do we compare ourselves to others?  This is the slippery slope that we can fall into when we start trying to get ahead of those around us.  We start to worship things or even our own successes instead of God and start to look to other false gods instead of the One True God.

The problem with this other than the fact that we are distancing ourselves from God, is that we begin to oppress ourselves with these things that God set us free from!  In Samaria (verse 9), they were prospering greatly at the time, but Amos says they are oppressed.  Also notice that the punishment comes with cleansing.  While there are consequences to our actions, God gives us a chance to start over.  The last couple verses talks about God destroying the elements of idol worship in the area so that when all is said and done, they can repent and return to the Lord free of baggage.

We don’t like reading about these things because it makes us uncomfortable.  I think that sometimes it makes us uncomfortable because we like to think we have a better belief system than everyone else.  This kind of thinking completely betrays the point: this kind of thinking is what got Israel in trouble in the first place!  When God tells us that we are set apart, sanctified, made holy, and His righteousness, it isn’t so we can get a big head about it and think we are better than everyone else.  It is so we don’t worry ourselves with worldly pleasures and strive for worldly recognition.

What are you striving for?