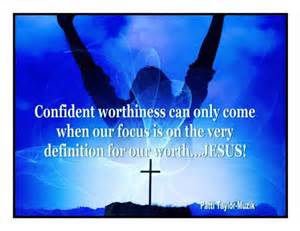 In today’s environment of qualifications and pedigrees, it is easy for us to lose sight of why we do what we do.

3 Are we beginning to commend ourselves again? Or do we need, as some, letters of commendation to you or from you? 2 You are our letter, written in our hearts, known and read by all men; 3 being manifested that you are a letter of Christ, cared for by us, written not with ink but with the Spirit of the living God, not on tablets of stone but on tablets of human hearts. 4 Such confidence we have through Christ toward God. 5 Not that we are adequate in ourselves to consider anything as coming from ourselves, but our adequacy is from God, 6 who also made us adequate as servants of a new covenant, not of the letter but of the Spirit; for the letter kills, but the Spirit gives life.

Are you going to school just to get a piece of paper that says you are qualified or so that you can learn how to do what you want to do?  Are you working on a certain certification because it will help you get a promotion or because you want to improve yourself?  Just this past week I had a meeting with the pastor we are helping and I described to him a 2-year church leadership course that we can implement and I told him the one catch was that the student won’t be getting college level credits or certification from it.  Apparently, this tends to be a big hanging point for prospective students.  The pastor’s answer to me was, “that’s ok, it’s not about the certification, it’s about the education they are receiving.”  While I agree with him, it really struck me how much we focus on the little piece of paper instead of all the work that went into it.  Just like when I was interested in working for the FBI and regardless of my background, training, and experience, they were more interested in me having a piece of paper that said I paid for a 4 year degree.  Why do we focus so much on the unimportant things?  This is what Paul is getting at here.

We tend to look at worthiness from a worldly perspective.  Our worth comes from God, because He is the one who created us and deems us worthy or unworthy.  Paul makes an allusion here to The Law, which nobody was worthy enough to fulfill except Christ Himself; so why then do we think we can?  Why do we strive to be worthy of audience with God when it isn’t possible?  Rather, He made a way for us to be worthy so we don’t have to worry about earning our way into His audience.  I heard it explained one time like being in a kingdom (modern or ancient).  A random person cannot just walk into the castle and be granted unlimited access to the king, can they?  Maybe if their request or issue is important enough to the king, he will be granted admittance but only under a specific conditions and certain precautions because nobody can be trusted.  But as we learn from the scriptures, when we enter a relationship with God, we are considered sons and daughters of the king.  This means that even if the king is in an extremely important meeting, he doesn’t mind being interrupted to hear the request of His little boy or girl.  This is the worthiness God has given us.  Yet, we still focus on our qualifications and certificates to get us by.

I think the outside world of unbelievers have a distorted view of how this system works.  Certainly, there are groups of people who cause this distortion outright, but the scriptures tell us that our worthiness comes from God and because of this transformation we get to do the things God tells us to do under His blessing.  It isn’t that we are trying to earn our worthiness, it is because we are worthy that we do what we do.  Going back to the kingdom reference, a knight doesn’t put on armor, ride a horse, and fight for the kingdom before he is knighted in order to earn the title, does he?  No, instead the knight is knighted and deemed worthy by the king and then puts on the armor, suits up his horse, and rides into battle to fight for the king.  This is how God’s Kingdom works.

Our worthiness cannot be earned, only received from The One who gives it.  Don’t bother yourself with trying to earn worth from mere men, for you are already worthy of being called a child of God because He said so.  Don’t get confused and let this dissuade you from your current college study or trying to get the next level of certification in your job.  Rather, instead of pursuing it from the perspective of earning worthiness from men, do it from the perspective that God has given you the opportunity to do it because He has already deemed you worthy.  Will you receive His worthiness?