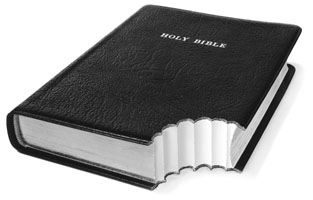 Mark 14:22-26
22 While they were eating, He took some bread, and after a blessing He broke it, and gave it to them, and said, “Take it; this is My body.” 23 And when He had taken a cup and given thanks, He gave it to them, and they all drank from it. 24 And He said to them, “This is My blood of the covenant, which is poured out for many. 25 “Truly I say to you, I will never again drink of the fruit of the vine until that day when I drink it new in the kingdom of God.” 26 After singing a hymn, they went out to the Mount of Olives.

This is a common scene from the bible, one that we generally take for granted. If the church you attend regularly celebrates communion, you hear this account when you do. But, do we truly appreciate what Jesus is saying here? Usually we read this from Matthew 26, Luke 22, or even in 1 Corinthians 11 where the Apostle Paul recounts the custom of the Kingdom that he had taught them.

The Bread
God uses bread very symbolically throughout the scriptures. Bread represents sustenance. In the case of the Jews, the unleavened bread was important because it not only represented pure bread (ie it did not have yeast so as to give it a superficial look/taste) but also reminded them of the manna sent from God during their time in the wilderness. God’s purpose for Jesus was that we would “consume” Him. Being born in a feeding trough and later pronounced as the Word become flesh, we aren’t just to look to Jesus as our Lord, nor just as one to follow, but one to internalize so He becomes part of us. I was just telling someone the other day that the phrase, “you are what you eat,” could not be more applicable than in the sense of our consummation of who Jesus is. The Jews understood this concept very well as they had been handed down through generations the customs of eating holy and what they now call “kosher.” Jesus is the most holy food we could ever consume.

In John 6, Jesus gives a very important lesson in regards to Him being the bread of life:

26 Jesus answered them and said, “Truly, truly, I say to you, you seek Me, not because you saw signs, but because you ate of the loaves and were filled. 27 “Do not work for the food which perishes, but for the food which endures to eternal life, which the Son of Man will give to you, for on Him the Father, God, has set His seal.” 28 Therefore they said to Him, “What shall we do, so that we may work the works of God?” 29 Jesus answered and said to them, “This is the work of God, that you believe in Him whom He has sent.” 30 So they said to Him, “What then do You do for a sign, so that we may see, and believe You? What work do You perform? 31 “Our fathers ate the manna in the wilderness; as it is written, ‘HE GAVE THEM BREAD OUT OF HEAVEN TO EAT.’ ” 32 Jesus then said to them, “Truly, truly, I say to you, it is not Moses who has given you the bread out of heaven, but it is My Father who gives you the true bread out of heaven. 33 “For the bread of God is that which comes down out of heaven, and gives life to the world.” 34 Then they said to Him, “Lord, always give us this bread.” 35 Jesus said to them, “I am the bread of life; he who comes to Me will not hunger, and he who believes in Me will never thirst.

48 “I am the bread of life. 49 “Your fathers ate the manna in the wilderness, and they died. 50 “This is the bread which comes down out of heaven, so that one may eat of it and not die. 51 “I am the living bread that came down out of heaven; if anyone eats of this bread, he will live forever; and the bread also which I will give for the life of the world is My flesh.” 52 Then the Jews began to argue with one another, saying, “How can this man give us His flesh to eat?”

Our consummation of Christ (meaning to internalize Him and the Kingdom of God) is most important to us. We are to be more than just followers of His example, we are to emulate Him in everything we do, think, and say.

The Wine
When Jesus gave thanks over the cup of wine and proclaimed that it represented His blood which is the new covenant between God and His people, the disciples in hearing also recognized this from the teachings of the nation’s history. In Exodus 24, the nation of Israel made a covenant with God:

If this is the new covenant, what has changed? The original covenant God made with Israel, that they would obey His Law, only revealed their need for His grace. They were not able to obey Him on their own. This new covenant, however, takes the effort from us and puts it in Jesus’ hands as we see in Romans 8:

1 Therefore there is now no condemnation for those who are in Christ Jesus. 2 For the law of the Spirit of life in Christ Jesus has set you free from the law of sin and of death. 3 For what the Law could not do, weak as it was through the flesh, God did: sending His own Son in the likeness of sinful flesh and as an offering for sin, He condemned sin in the flesh, 4 so that the requirement of the Law might be fulfilled in us, who do not walk according to the flesh but according to the Spirit.

Once we recognize that we are condemned under the first covenant because we cannot do it on our own, we will be able to accept the Lord’s freedom of grace under the second. Whereas in the first we had to make our own way, in the second God made The Way for us so that we may be free from sinfulness. Because of the blood of Christ, we no longer have to pay the wages of our own sin (death), but get to live in new life. It is no longer a necessity to live under God’s commandments in order to be free, but we get to live within the safety of them because we are free. In continuing with Jesus’ explanation in John 6, we read the result of this wonderful thing He has done for us:

53 So Jesus said to them, “Truly, truly, I say to you, unless you eat the flesh of the Son of Man and drink His blood, you have no life in yourselves. 54 “He who eats My flesh and drinks My blood has eternal life, and I will raise him up on the last day. 55 “For My flesh is true food, and My blood is true drink. 56 “He who eats My flesh and drinks My blood abides in Me, and I in him. 57 “As the living Father sent Me, and I live because of the Father, so he who eats Me, he also will live because of Me. 58 “This is the bread which came down out of heaven; not as the fathers ate and died; he who eats this bread will live forever.”

The Kingdom of God
Generally we think of God’s Kingdom as a time and place after we die.   We know that Jesus dined with His disciples after he was resurrected. When Jesus says in verse 25 that He will not again drink the fruit of the vine until He is in the Kingdom, He is not referring to Heaven. Since temporary elements are not necessary in Heaven, He could only have been referring to the time between His resurrection His ascension. What does this mean for us? This means that living in God’s Kingdom is for here and now after we are resurrected in new life with Him.

Our freedom as a result of this new covenant is our freedom to live in the Kingdom of God now. We have bought into the devil’s lie that it isn’t a “here and now” Kingdom, but a “there and then” Kingdom. He is delaying the return of Christ by lying to us and we believe him! If we could grasp the extent of the freedom we have in Christ, our efforts to spread the Gospel would be unhindered and it would quicken the Second Coming so that we could be freed from this dark world and live continuously in the Light.

But we must consume the Word. We must live in the Kingdom now. We must, as Paul said in 1 Corinthians 11:26, “proclaim the Lord’s death until He comes.” We do this in our observance of communion. We identify with Christ not just in those moments in church where we get a cracker and a shot of juice, but in every moment of our being. It is in this that we not only proclaim the good news of our Lord’s death and subsequently the key into the Kingdom, but also how we are able to walk in the Kingdom and show others it is a reality, not idealism.

I couldn’t decide between which song to include with today’s post, so today, you get two!