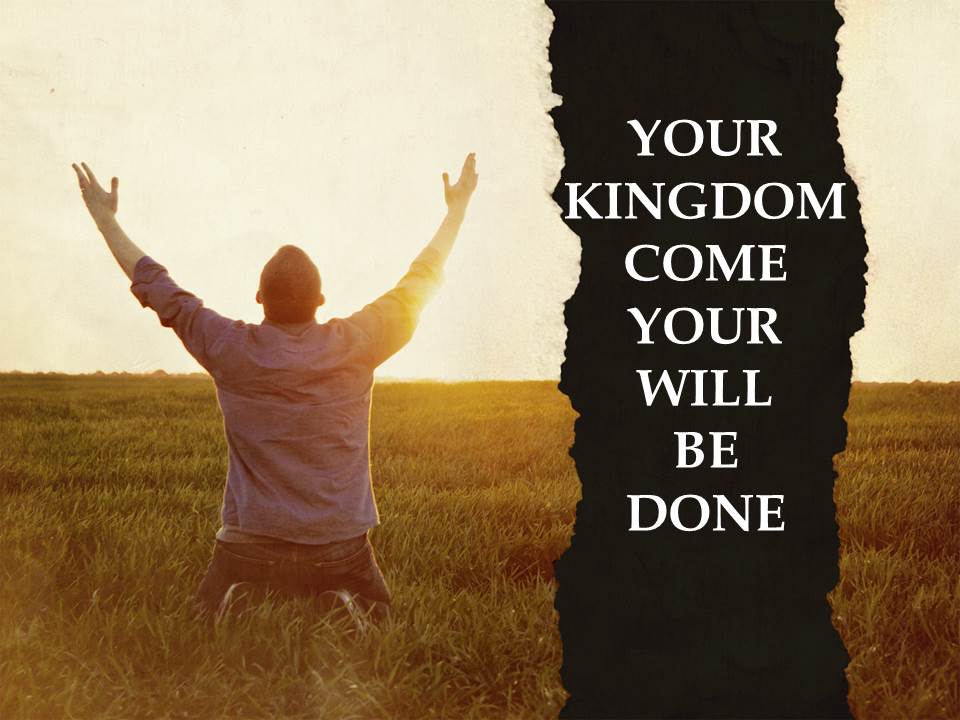 Not too long ago, this passage blew my mind. Many of us have been raised up to believe that these verses simply render God’s name holy and that we are looking forward to dying. We are looking forward for the day we get to see God’s Kingdom (which is a good thing to look forward to, by the way) but say it in a way that it is a long way off. If you read verse 10 without expectations, cultural experience, or filtered through what you grew up to believe, you will see that it does not indicate anything of the sort. In reading verse 9, we have grown to believe it is simply Jesus stating the holiness of God’s name, but what is God’s name? It depends upon whom you ask, so are all of them holy? The two sentences are not independent of each other and are reliant upon each other in this instance. Verse 9 happens as a result of verse 10 and verse 10 is only possible because of what Jesus states in verse 9. In trying to better understand the foundation of what is recorded as Jesus’ words (which we knew were probably spoken in Hebrew or Aramaic but recorded in Greek), I plucked out a few key words so we can feel the gravity of Jesus’ statement:

Hagiazo – “Hallowed”
to render or acknowledge, or to be venerable or hallow
to separate from profane things and dedicate to God
consecrate things to God
dedicate people to God

To hallow means to set apart and recognize as holy. This refers to God and even His people.

Erchomai – “come”
to come into being, arise, come forth, show itself, find place or influence
be established, become known, to come (fall) into or unto

When Jesus was talking about God’s Kingdom coming, He literally meant to be established here on earth. Also notice, He wasn’t asking God, He was stating a fact. He didn’t ask God to establish His Kingdom or to wait until we all die off; He stated something that is already in the works by Him praying about it being fulfilled.

When we talk about God’s will being done, it isn’t something to take lightly. God’s will is something that is happening all the time. As a kid I used this verse to let God off the hook, thinking He made a mistake with creation and sin and Jesus on the cross was His way of trying to make things better again because He messed up the first time. This isn’t how God operates. Jesus is recognizing the fullness of God’s will and just like His Kingdom being established, His will is being fulfilled. As a result, His Holiness is revealed to us.

God’s Kingdom come and God’s will be done is not a futuristic hope, but a realization now. Jesus wasn’t asking God to make this happen, He realized that it was happening already. We too need to realize the fullness of God and His complete attentiveness to what is going on in the world and our personal lives. Jesus’ problem with the Pharisees went beyond religious oppression; it was that they were trying to establish their own kingdom instead of the Kingdom of God. They were fulfilling their own will instead of God’s will. They were focused on their own holiness instead of God’s holiness and what He does through it. Are you doing the same thing?